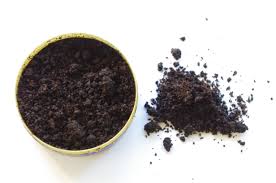 South African women are more likely than men to use smokeless tobacco, according to research. OurHealth talks to three women about their addictions.

Commonly called “snuff,” smokeless tobacco is traditionally sniffed. According to the Medical Research Council, snuff use is relatively low in South Africa and accounts for about six percent of all tobacco use. However, research has found that some women were twice as likely to opt for snuff than smoke cigarettes. In some studies, almost a quarter of all women reported using the substance.

Thembi Goodwin, 40, started using snuff 15 years ago after a friend suggested it would cure a headache.

“At first, it felt like was under a strong drug,” Goodwin remembers. “My headache stopped and my addiction started that moment.”

“There is not a day that goes by without me sniffing my snuff because hell could break loose,” she tells OurHealth. “If I don’t smoke, I have headaches and I can’t control my anger.”

Snuff users may also be younger than you think. A 2002 survey of almost 9,000 learners found high levels of snuff use among female students.

Zama Beauty Zwane and her best friends, all under the age of 27 years, sometimes share snuff.

“I started craving the minty snuff two years ago while I was pregnant with my son and that’s when I started sniffing snuff with friends,” Zwane says. “I’ve tried chewing snuff, but I didn’t like it. I stop because my teeth were beginning to be brown.”

The use of snuff during pregnancy has been linked to an increased risk of stillbirths.

Aware of snuff’s health risks, Goodwin says she has tried to quit.

“More young and old people are addicted to snuff without knowing the danger and health complications that comes with it,” she says. “I have tried almost everything to stop my addiction of sniffing snuff but nothing has help. “

“I am afraid of getting cancer, losing my life and leaving my children without a mother,” Goodwin adds. “Sometime it feels like I am losing this battle to snuff, but hopefully I will find help before I get cancer.”

For Samkelo Dludlu, her use of snuff is also accompanied by the use of other dangerous drugs.

“I have been using snuff for some time now and mix it with dagga or nyaope when I want something stronger,” she says.