The results of a 2011/12 snap shot survey on community drug use in South Africa. The study was conducted among about 7,800 participants. 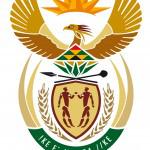 In 2010/11 South Africa’s Central Drug Authority conducted a  snap shot survey  among about 7,800 people in several provinces. The survey details prevalence of substance abuse in homes as well as community members perceptions of impacts and risk factors. About 65 percent of respondents reported having a substance abuser at home.

Although the survey results have previously been made public, this is the first time the report in its entirely has been published online.

The new R17-million 4th Avenue Clinic facility under construction in Alexandra is unlikely to be finished on time due to numerous delays as well as construction employees repeatedly arriving drunk for work.

About 40 percent of the food produced globally is wasted while 795 million people go hungry, according to new research released yesterday (16 July)