Cancer under the covers 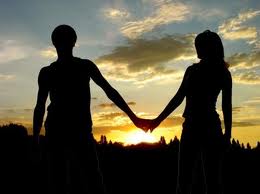 After the bouts of radiation and chemotherapy are over, many cancer survivors are left to face the illness’ often unspoken sexual side effects in the bedroom.

Sexual dysfunction is a common yet neglected side effect of cancer. About 90 percent of all female cancer survivors will experience sexual difficulties as a result of the disease or treatment but South African clinicians say that patients are often unprepared to deal with cancer-related sexual dysfunction. While doctors stay silent, there is hope for patients, according to experts.

Cancers affecting women’s reproductive tracts – like those of the cervix, ovaries or uterus – are treated either with surgery, chemotherapy or radiation. Surgeries like hysterectomies can lead to early menopause as well as pain during sex, decreased arousal and make it more difficult for women to orgasm. Radiation can also decrease a woman’s sex drive and lead to vaginal dryness – as does chemotherapy.

“If you take all the African countries together, prostate cancer is the most common cancer in men,” said Incrocci while speaking at the recent Aortic International Cancer Conference that concluded Sunday in Durban.

At least 30 percent of all prostate cancer patients who undergo surgery to remove some or all of their prostate gland complain of erectile dysfunction following the procedure, Incrocci explained. As many as 40 percent of men will also experience impotence following radiation treatment.

“Once they get erectile dysfunction, they never recover from it,” he told Health-e. “So it is a big problem.”

Not in the mood

Dr Ros Boa from University of Cape Town’s Department of Obstetrics and Gynaecology added that cancer’s side effects are not just physical.

“Cancer and its treatment profoundly affect a person’s sexual wellbeing and their intimate world,” Boa said.  “It impacts on the physical, psychological and social and it doesn’t just affect patients, but their partners too.”

According to Boa, many patients experience anxiety related to issues such as sexual performance, body image, and fear that sex will aggravate the cancer or cause it to come back. Patients may also feel less sexy, guilty or blame themselves for the cancer.

According to sexologist Dr Marlene Wasserman, it is not uncommon for couples to separate after one of them had cancer.

Yet most South Africa doctors do not counsel patients about the sexual difficulties that come with cancer and patients are left to figure it out for themselves.

“Most of our patients are struggling in silence,” Boa said. “There is no validation or normalisation of their sexual problems.”

“Only 25 percent of physicians said they will discuss sexual issues, even if they believe that there is a problem,” she added. “Even then, most rarely address sexual issues.”

According to Wasserman, doctors commonly give the excuse that patients’ sexual health is not their responsibility, or do not feel comfortable or have the time to talk about it.

“It is cruel that patients should be deprived of that information by health care providers because we are too shy,” Wasserman said. “Doctors need to get over themselves and become comfortable talking about sexuality with their patient.”

But both Boa and Wasserman said that there is hope for patients with cancer-related sexual dysfunction.

“Sexual functioning might not be as it was before, but there is hope that patients can develop a ‘new normal,’” Boa told Health-e.

Patients also have a lot of options on how to get to “the new normal,” Wasserman said.

“The focus is on rehabilitation, not treatment because it never changes,” she said. “We refer to it as the ‘new normal’ because there isn’t a return to what was normal for them beforehand.”

Boa said that patients should be encouraged to resume sexual intimacy and can use vaginal lubricants and moisturizers, do exercises to strengthen pelvic muscles, or can undergo vaginal dilation or oestrogen therapy to increase sexual functioning.

There are also other non-therapeutic options that can help patients with intimacy, such as touch, massage, using fantasy to increase desire and extended foreplay.

In the process, patients often discover a whole new sexuality and can help couples heal after fighting cancer.

Ninety nine percent of children involved in a Soweto study have been exposed to extreme forms of violence at some point in their lives, according to results from the Birth to Twenty Plus study published in the South African Medical Journal on Wednesday.

An estimated 2 000 new HIV infections occur in young women and girls every week in South Africa. Two high-profile programmes are aiming to address this crisis. In this joint Spotlight/Health-e News Service special investigation goes beyond the bells and whistles and asks what difference these programmes are really making. By AMY GREEN.