Home » Millions of rands to go towards new vaccines, medicines 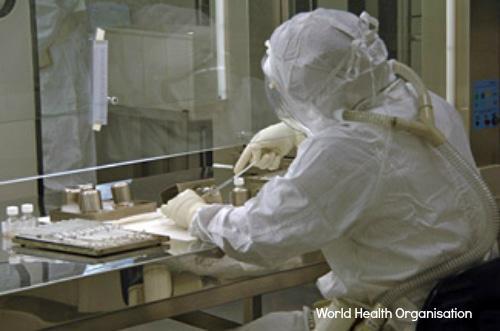 Medical research in South Africa is set to get a R370 million boost for the development of new medicines, vaccines and other technologies to fight against HIV and AIDS, tuberculosis (TB) and malaria.

The MRC will combine Gates funding with that from the departments of science and technology as well as health.

“The future is bright for science in South Africa,” said Dr Trevor Mundel from the Bill and Melinda Gates Foundation yesterday at a meeting with the Medical Research Council (MRC) and the University of Cape Town (UCT), which are set to receive R180 million from the foundation.

“SHIP’s role will be to build on the scientific leadership of South African scientists in these diseases and establish, fund and manage research programmes on innovative products and approaches to prevent AIDS and TB,” the MRC said in a statement.

UCT’s Drug Discovery and Development Centre (H3-D) will receive about R55 million from the Gates Foundation over a five-year period to develop new TB and malaria treatments.

In 2012, H3-D announced the discovery of a promising chemical that could help with the treatment and eradication of malaria. The chemical, named MMV390048, is scheduled to enter human clinical trials this year.

“These grants are much more than just money,” said Kelly Chibale, H3-D founder and director. “It gives us the opportunity to develop life-saving drugs that can have a huge impact in South Africa, the African continent, and the world.”

He explained that it also addresses some other problems in South Africa by training new scientists, and creating jobs.