Home » BLOG: Banting on a Budget 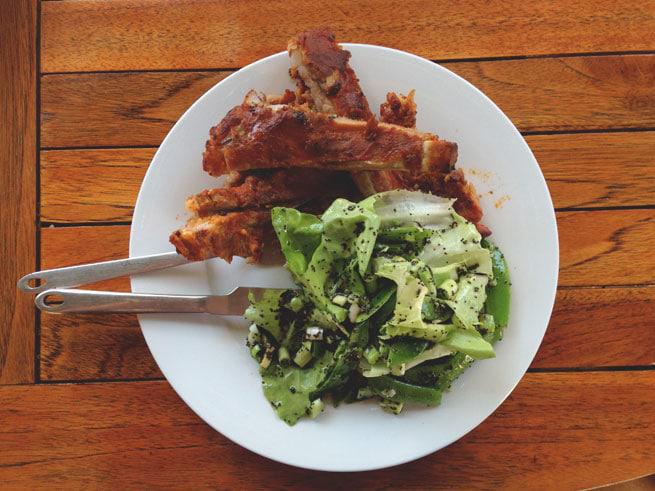 Can rural households afford the latest high fat, low carb fad diet? One community service doctor challenges herself to bant on a budget.

BLOG: Banting on a Budget 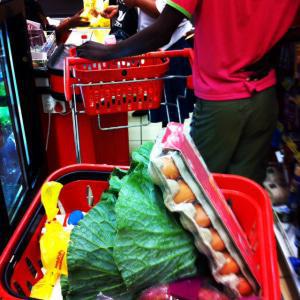 “All I heard was, ‘high fat, low carbs.’ Everywhere I went people were scoffing down buttery eggs and bacon with no toast.”

I was in Cape Town a few weeks ago and I got caught up in what can only be termed a “banting” blizzard.

Henceforth, I will refer to the Mother City as “Noakes Town” because seemingly that is what it has become. The Tim Noakes’ diet, or as I was quickly corrected “lifestyle,” has seemingly infiltrated every household, every picnic and every conversation. All I heard was, ‘high fat, low carbs.’

Everywhere I went people were scoffing down buttery eggs and bacon with no toast. The Real Meal Revolution was in almost every store window.

I was told that that Woolworths had a critical shortage of cauliflower.

Of course, I am only referring to privileged, upper-class households. I highly doubt that Khayelitsha residents are eating Double Thick Greek Yoghurt with raspberries for breakfast and Pork Belly with cauli-mash for dinner.

I was reminded of this when I returned to my village and confronted on my ward round by an 18-year-old mom-to-be who weighed 147kgs. Her body mass index (BMI), a measure of body fat, was 47 – far  far over the cut-off for what is termed ‘Morbid Obesity.’

South Africa, is in fact, the third fattest nation in the world

It got me thinking – if Tim Noakes’ research is indeed factual, and if Banting could be the solution to the widespread problem of obesity in our country, then is it possible to prescribe a Noakes’ ‘lifestyle’ to my patients?

It’s my personal belief that there are some pitfalls in Noakes’ research, the most glaring of which is the lack of rigorous scientific testing in the form of randomised controlled trials.That being said, he makes a rather convincing argument and obesity in this country has reached epidemic proportions, so I’d be willing to give anything a shot to help turn the fat tide. So, lets put the arguments aside and assume that he is right when it comes to the carb question. Now all that remains, from a public health perspective, is quite simply: is this solution scalable?

Noakes make reference to the need for national intervention to tackle the obesity problem, stating that “for the first time in our 3.5 million year evolution, after 1980 humans began to eat more calories than they require for their optimal health. And as a consequence, they grew fat. The only reasonable prediction is that unless there are some radical reforms, led by the world’s politicians, humans will continue to grow even fatter with each succeeding generation.”

[quote float=”right”]These reforms have to be affordable, for the government and for the individuals. And here lies the problem…

My 18-year-old patient has no job, and very little support. She survives on a pittance, and yet still manages to put on weight!

According to the 2011 census the average annual household income in my Mpumalanga district in is R64403, and the average household size is 3.7.

The poorest ten percent of South African spend 37 percent of their total monthly income on food. If we use that figure to assume the percentage of household income spent on food – take inflation at eight percent, then this amounts to an average food expenditure of approximately R150 per person per week in 2014.

Admittedly, my maths is imperfect, but the point holds and is rather consistent with global statistics that say that up to almost half of the world’s population lives on less than US$2 a day (R140 per week).

So, before dishing out dietary advice to my patients I have decided to take on this rather unscientific challenge – I want to Bant on a budget!

The challenge: Bant using only R150 per week

The rules: Restrict myself to eating items off  Noakes’ green and orange list in The Real Meal Revolution. I will track my progress, including meal plans, budget and weekly anthropometrics, and post it online…

The timeline: An initial period of two uninterrupted weeks starting today: 12 May 2014. I will possibly extend the period to one month if I have not already failed in my task, or been admitted to the female medical ward!

The reward: I want to challenge my own assumptions around obesity, and gain a deeper understanding of the real challenges related to nutrition in South Africa