Home » BLOG: Am I excreting butter? 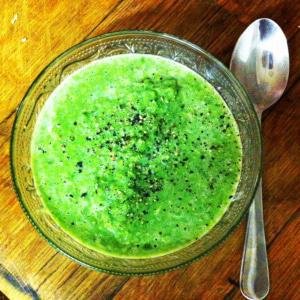 “I have been trying to think of what I could do with the dark, bitter outer leaves of the cabbage I bought.”

There are so many fantastic things about rural medicine, but top of my list is that living on the hospital premises means that I get to work in 45 seconds.

Not having to go through that same boring routine of sitting in traffic while balancing my coffee cup between my knees means that I now have time in the morning.

Now, I sit in bed, read a chapter of my book, have a cup of tea and cook myself breakfast and still get to work by 07:30.

Fried eggs make me nostalgic, they  always remind me of precious weekends with my dad, who would come back home after a long commute and then take my brother and I out for breakfast.

He always asked for them “sunny-side-over, soft inside.” I liked the way that sounded so much that I started saying it too. I’ve never stopped. I cooked them the same way this morning, and ate them slowly – Lowveld style.

The serenity of my morning was disrupted abruptly. When I went to brush my teeth, I noticed something in the mirror – an admittedly small, but noticeable creamy-white pustule just next to my right nostril.

What is this? I haven’t had pimples since I was 15 years old! Am I starting to excrete butter from my pores?

I’ve eaten about 250grams of the stuff in the last three days so it may well be possible. In a fluster, I concealed it with a dab of base and then made my way to the hospital to start my day.

Some decisions never get easier

[quote style=”boxed” float=”right”]”I haven’t had pimples since I was 15 years old! Am I starting to excrete butter from my pores?”

And oh-what-a-day it was. The usual obstetric nightmares – haemorrhage, breech, preterm’ you name it, I saw it. I didn’t get a chance to take lunch because I got stuck in nursery trying to resuscitate a pre-term infant that I had delivered earlier in the day.

Two hours of vigorous resuscitation later, we had to withdraw care. It’s never an easy decision to make. It knocks me every time.

I only left nursery after 16:00 and that is when my night shift in casualty started. I managed to go home briefly and have a massive bowl of the delicious chicken soup that I had prepared last night.

Casualty hasn’t been too busy so far this evening. There were two patients who had been shot by the police. Both were stable, but one will need an operation to fix his shattered radius.

With the help of two students, we cleared the queue by 21:00.

Then I popped homed to cook myself dinner.I have been trying to think of what I could do with the dark, bitter outer leaves of the cabbage I bought. They really were unpalatable raw, but I didn’t want to waste them so I decided to try make them into a soup.

I fried up some onions and garlic in butter and then added the cabbage with a bit of water and a bit of milk. I let the cabbage leaves steam for a while and then blended it all together. With a bit of salt and pepper, the result was surprisingly tasty. It wasn’t bitter at all – I even went back for seconds, before sitting down to write this.

But now I must run. Casualty calls, and the night is but an infant.