Home » Left to die? Time runs out for Tembisa patient 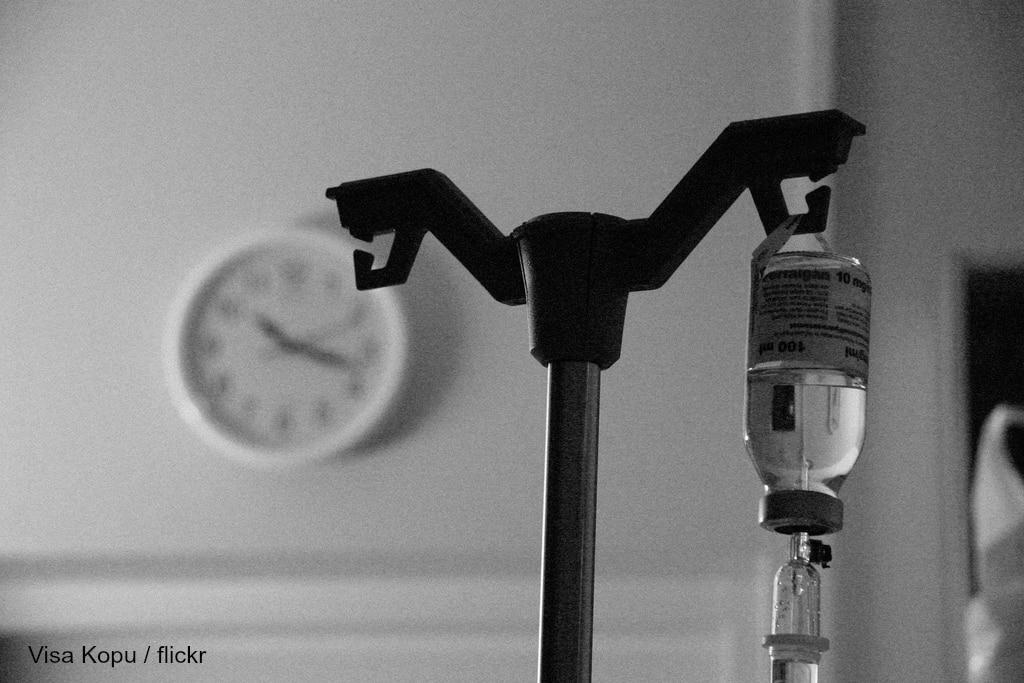 On 1 March, Johanness van der Nest was attacked while walking home from a local pub. Finding out what happened to Van der Nest next has become his daughter’s obsession.

Left to die? Time runs out for Tembisa patient 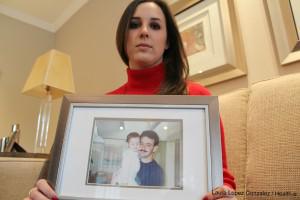 Van der Nest’s daughter, Nicole Cunningham, has launched her own investigation into her father’s death. Cunningham is pictured holding a photo of her father dancing with her as an infant.

On 1 March, Kempton Park father of three Johanness van der Nest was attacked while walking home from watching the rugby at a nearby pub. He was found conscious, confused and frightened by local neighbour watch guards and taken by ER24 ambulance to Tembisa Hospital.

His family is on a quest to find out what happened next.

Van der Nest’s family worries that he may have been left to die as his police-obtained patient file may show long gaps in treatment. They also allege that the file shows they made little attempt to secure him treatment for his severe head injury when Steve Biko Academic Hospital were full.

3:50 am – Neighbour Watch guards discover Van der Nest in the street and call paramedics. Van der Nest was likely bludgeoned from behind with a metal object while walking home from a local pub where he had watched the rugby with a friend and drank a single Black Label beer.

Guards later report that Van der Nest’s Swiss luxury Raymond Weil Watch and Capitec bank card are still on his body when they hand him over to ER24 paramedics.

4:08 am – An ER24 ambulance arrives. Van der Nest is conscious but aggressive and afraid. He reportedly pleads with paramedics to “take anything you want, just don’t hurt me.”

He has a Glasgow Coma Scale (GCS) score of 14/15. The GCS is a 15-point scale used to assess brain injury severity. The higher the score, the better the prognosis.

4:48 am – Van der Nest is handed over to Tembisa Hospital casualty staff, who sign for him on the ER24 patient report under the name “John.”

Paramedics have confirmed to Van der Nest’s family that his watch and bank card are present when Tembisa Hospital Casualty staff admit him, signing an ER24 handover form. Van der Nest is conscious.

6:30 am – The first entry appears on the patient file that Norcom Park police have obtained through colleagues in Tembisa. The name on the file reads, “Johan unknown surname.”

9:30 am – a CT scan is ordered. CT scans combine x-rays and computer imaging to create cross-sectional images of the brain. The scan is carried out about two hours later.

1:15 pm – Doctors receive the CT results and the file notes Nest is critical condition. About an hour later he is still an 8/15 on the GCS.

3 pm – Doctors admit him into the Intensive Care Unit (ICU) but without a bed, Van der Nest waits at least another hour and a half for admission into the ICU. When he is admitted, his GCS score has fallen to 6/15 but he is still opening his eyes and responding to stimulus, notes the file.

6 pm – Unequipped to handle sever brain trauma, Tembisa Hospital refers cases to the Steve Biko Academic Hospital, which is about 30 minutes away by car. There is no bed available at Steve Biko. Doctors prescribe pain medication and note that van der Nest must be reviewed by a neurosurgeon on Monday, 4 March.

Johannesburg’s Charlotte Maxeke Hospital, also equipped to deal with head trauma, is about ten kilometres further from Tembisa Hospital than Steve Biko Academic but is never contacted, according to the file.

Van der Nest’s patient file goes ominously quiet for three days until an entry dated 4 March at 7pm appears marking his death. In the same entry, staff notes calling 10111 to try to trace his next of kin.

It would be another six days until Van der Nest’s family locates his body on the lower shelf of the Tembisa Hospital Morgue wrapped in black plastic sheeting with duct tape around his neck and feet. – Health-e News Service.