Millions at risk due to supply challenges caused by COVID-19 .(File photo)

Soweto’s Mofolo Clinic has been hit by a nationwide stock out of a drug needed to prevent HIV infection in babies. 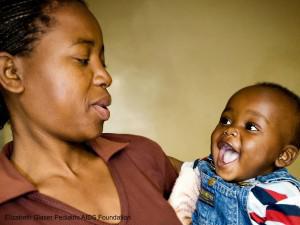 Health workers with questions about shortages or alternative treatment options can call the Department of Health hotline 0800 212 506. Alternatively, they can contact the society on child_adolescent(at)sahivsoc.org or 071 840 1572.

Given to children in a syrup, nevirapine is given to babies born to HIV-positive mothers for six weeks to 12 weeks after birth to prevent babies from becoming HIV positive. The period that babies are prescribed the syrup will vary according to when their mothers started on the prevention of mother-to-child HIV transmission programme.

Nurses say that while the Mofolo Clinic’s antenatal clinic has run out of stock, its maternity ward has a small supply.

Sekai Manjabira from Central Western Jabavu went to the clinic in August to collect her 3-month-old baby’s nevirapine syrup. She was originally turned away but later was able to access stock through the maternity clinic.

Clinic management has already met with the Gauteng Department of Health to discuss what to do in the event of a complete stock out of the syrup.

The National Department of Health has issued a circular to health facilities warning of a nationwide shortage of nevirapine syrup due to supplier problems. Shortages of some doses of the syrup may only be remedied by January, according to a statement issued late last week by the Southern African HIV Clinicians Society (SAHIVSOC).

Until then, the Department of Health has advised health care workers to substitute the ARV zidovudine, or zidovudine followed by lamivudine depending on the prescribed duration of treatment. However, the society cautions that zidovudine should not be used for more than six weeks due to concerns about side effects.

The department has also stressed that women be booked for antenatal appointments early.

Health workers with questions about shortages or alternative treatment options are urged to call the National Department of Health hotline 0800 212 506. Alternatively, they can contact the society on child_adolescent(at)sahivsoc.org or 071 840 1572.