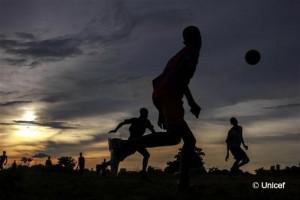 In August, OurHealth reported on what Emadamini community members alleged were chronically blocked sewers in the area. Blockages sent raw sewage into the streets and yards, and led many to fear for their health.

Resident Sakhi Ngomane said she had reported the problem to the municipality repeatedly to no avail.

“A week before the municipal engineers cleared the blockage, we were approached by the opposition party about the situation,” said Ngomane. “They took photos of the blocked sewer and interviewed us as well.”

According to Ngomane, DA representatives left promising to take the issue up with the municipality and a week later, the problem was solved.

“I also received a call from the opposition to check whether the municipal engineers had come to clean the blocked sewer,” she added. “I’m happy about the service that was done by the municipality.”

For Ntokozo Nkosi, it is the first time that she has seen her street completely clear of dirty water.

“For the first time now since I was staying here, the polluted water in the manhole has been drained,” Nkosi said. “I think this time the municipality has done a very good job.”