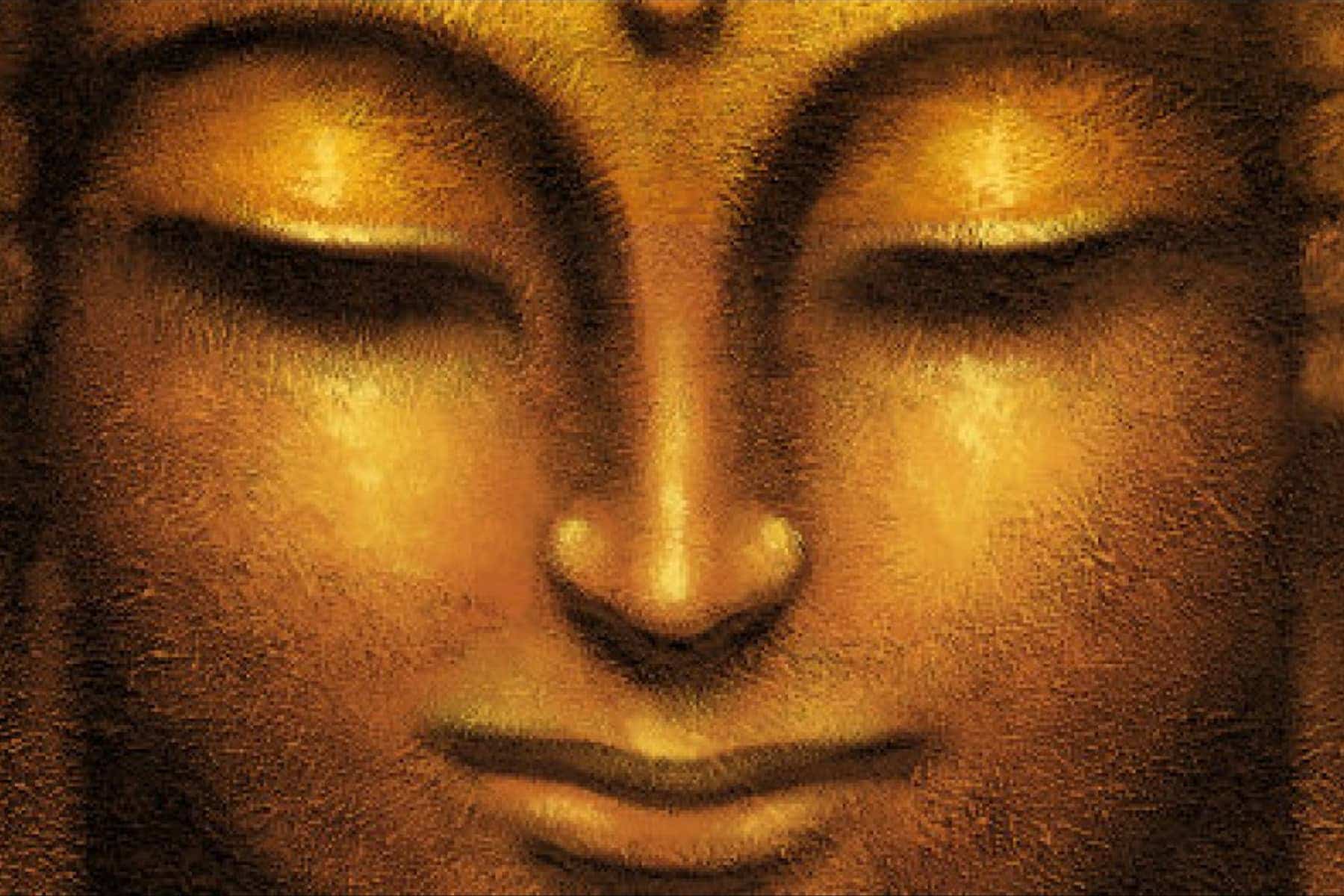 In the US, capitalists seem to be ‘looting’ Buddhism, making off with its meditation ‘mindfulness’ techniques and ignoring spiritual teachings such ‘loving kindness’. But how is mindfulness unfolding in South Africa?

Not simply adapting Buddha for suburbia

Upmarket lifestyle shops sell statues of Buddha by the thousand while some of Wall Street’s most successful traders claim that meditation helps them to focus – thus enabling them to make more money.

The Buddhist concept of “mindfulness” is also growing in popularity in Western medicine, as more studies show the benefits of meditation and yoga on reducing anxiety and depression.

Earlier this year, Time magazine devoted a cover story to the “mindful revolution”, while Bloomberg featured a story headlined “To make a killing on Wall Street, start meditating”.

Mindfulness, simply put, encourages people to be aware of what is happening in the present moment without judgment, often through meditation based on breathing.

Scientific studies now prove what Buddhist monks have long felt: that the effects of meditation can be measured in the brain, particularly in the prefrontal cortex that regulates emotions.

But it is hard not to be cynical about what looks like capitalist “looting” of an ancient Eastern spirituality, taking meditation and applying it for material benefit while ignoring the Buddhist values of compassion, tolerance and the pursuit of wisdom.

Neuroscientist Dr Cliff Saron, from the University of California at Davis, has been studying mindfulness since the 1970s.

Disturbed by the recent popularity of mindfulness with hedge-fund traders, Saron says sardonically that “the way it has gained traction might be a retraction”.

But his painstaking efforts have added to growing scientific proof of the positive effects of meditation.

In 2007, Saron and colleague Alan Wallace started the Shamatha Project, in which they conducted a battery of tests on 60 volunteers before and after they went on a three-month retreat.

At the retreat, the volunteers did hours of meditation and yoga in relaxed surrounding. Afterwards, they had increased attention and focus, were more able to control inappropriate emotional responses, more able to engage with the suffering of others and less judgmental.

At a cellular level, after the retreat the volunteers also had higher levels of the enzyme telomerase, which protects DNA during cell division and may slow down aging.

Saron was in South Africa this month to address the country’s first national conference on mindfulness hosted by the Institute of Mindfulness in South Africa (IMISA) and Stellenbosch University’s Faculty of Medicine and Health Sciences.

Mindfulness is growing in popularity in South Africa, particularly amongst psychologists working with depressed and anxious clients and those with obsessive compulsive disorder.

Seven years ago, IMISA was set up to promote “the practice, research and application of mindfulness-based interventions (MBIs) in the health care sector and broader society”.

But IMISA director Dr Simon Whitesman says mindfulness will not thrive in South Africa if it simply tries to get individuals to selfishly adopt a meditation “technique” for their own benefit while ignoring the “degree of suffering and brokenness in this country”.

“Mindfulness is not taking Buddhism and repackaging it for the masses,” Whitesman told delegates at the opening of the Stellenbosch conference.

If mindfulness was to take root in South Africa, it had to “step into the suffering” and take into account “the challenges of poverty, unemployment, massive inequality and a failing education system”, he added.

Jamie Lachman, the Executive Director of Clowns without Borders, has taken up this challenge and is using mindfulness in poor communities in an attempt to reduce child abuse.

Clowns without Borders’ Sinovuyo Caring Families Programme aims to help parents to develop a loving relationship with their children. Parents are taught a range of coping skills during the 12-week course, including how to use cool down before responding to their child’s negative behaviour and how to focus on the positive things about their children.

“I don’t say, ‘Gogo, we are going to practice mindfulness.’ I say ‘relax and concentrate on your breath’,” says Lachman, reporting that parents, caregivers and children have responded well to the meditation, saying that it has helped them to relax and let go of anger.

Lachman believes that it is precisely by identifying with the problems in communities that his organisation is able to intervene. “If you can’t open your heart to the pain of communities, how can you change this pain?” he asks.

The EarthChild Project works with 2000 children in eight schools in Khayelitsha and Lavender Hill, and promotes “a holistic, balanced lifestyle” that includes yoga, meditation and growing vegetables.

The children from the ganglands of Lavender Hills’, living with daily trauma and shock, often battled to concentrate at school.

“We try to get to the root causes of stress and illness, social injustice and the destruction of the environment that are caused by our loss of connection to ourselves, each other and the environment,” says founder Janna Kretzmar.

Children learn yoga, meditation and breathing exercises, and many say that they now meditate when they are feeling sad or angry.

“The feedback from parents is that their children are concentrating better, fighting less and taking more responsibility,” says Kretzmar. “And all our children are getting higher marks.”

In a sense it was Whitesman’s own “broken-ness” that drew him mindfulness, while trying to heal himself when, “18 months after my training as a medical doctor, I was burn out, cynical and de-sensitised”.

To him, it was “an invitation to find a much deeper place inside us often missed in the noise”.

He teaches mindfulness classes, and teaches people to begin simply: “Start at a red traffic light – or while standing a queue,” says Whitesman. “Stop and take a conscious breath, recognise your breathing, become aware of your body, how you are standing and where your breath is coming from.

“Or when you’re with your children, really listen deeply to them. Make eye contact, and be there with them without expectation or intention.

“While eating a mouthful of food, slow down, bring attention to the sensations of tasting, texture, aroma. Reel your mind back in as it gets into its usual pattern of discursive thought and commentary, and come back to the sensory experience,” he adds.

But he warns that mindfulness is not a panacea and it not for everyone. “Can you teach a hungry person to meditate?” he asks, adding that he doesn’t know the answer. – Health-e News.

According to Buddhism, “right mindfulness” is one of the eight nobles truths through which a person can achieve enlightenment or “nirvana”.

Nirvana is a state of being in which greed, hatred and delusion have been overcome and abandoned, according to Buddhism.

“Mindfulness means paying attention in a particular way; on purpose, in the present moment, and  non-judgmentally,” according to Jon Kabat-Zinn, who founded the Mindfulness-Based Stress Reduction programme at the University of Massachusetts Medical Center in 1979.

Mindfulness is described as “a whole-body-and-mind awareness of the present moment. To be mindful is to be fully present, not lost in daydreams, anticipation, indulgences, or worry.”

Being fully mindful means being fully attentive to everything as-it-is, not filtered through our subjective opinions.

However, mindfulness can be practiced by non-Buddhists and is being widely taught in the USA and other places as a technique to improve focus and concentration.

Dr David Rock, who has coached a wide variety of people including Fortune 500 clients, says he does not like its link with Buddhism.

“We don’t take well to learning new skills, especially in later life, and any reason to not focus on a new skill, like it being linked to a religion other than yours, doesn’t help,” says Rock.

“I have taught mindfulness to deans of medical schools, to senior executives at major technology firms, and to MBA students from dozens of countries. When you explain step by step, how it works and how it effects your brain, and give people a chance to experience it, even the most cynical, anti-self-awareness agitator can’t help but see that they will be better off practicing this skill.”

An edited version of this article first appeared in the 28 September edition of the Sunday Tribune newspaper.