No rise in smuggling when cigarette branding is removed 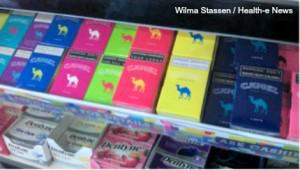 Research conducted in Sydney and recently presented at the Annual Scientific Meeting of the Thoracic Society for Australia and New Zealand found no increase in the proportion of illegal cigarettes since 2012 when Australia became the first country to introduce plain packaging on all tobacco products.

Australia’s move to plain packaging mandated that branding be removed from tobacco packaging and be replaced by uniform packaging that displayed brand names in a standardised form. This new packaging also bore large, graphic picture warnings covering most of the pack.

“There have been repeated claims that the introduction of cigarette plain packaging leads to contraband, illegal cigarettes flooding the local market,” said lead researcher Macquarie University professor Matthew Peters in a statement. “What is clear from our survey is that there has been no increase in illegal tobacco use in Sydney.”

“Governments overseas have no reason to fear a flood of illicit sales as they progress (to) plain packaging legislation,” said Peters.

According to National Council Against Smoking Executive Director Dr Yussuf Salooyee, the findings counter many of the tobacco industry arguments opposing the introduction of similar legislation in South Africa.

Minister of Health Dr Aaron Motsoaledi’s announcement to introduce similar regulation in this country was met with opposition from the tobacco industry, which warned that the move would increase the trade in illegal cigarettes.[quote float= right]“This study shows that when governments stand up for health, the industry’s claims will be exposed as nothing more than fear mongering”

The Tobacco Institute of Southern Africa (TISA) expressed concern about Motsoaledi’s suggestion to introduce plain packaging. TISA argued that Austrailia’s move to plain packaging had not reduced the rate of smoking in the country but had led to an “alarming” increase in illicit trade in the country.

However, the Australian Department of Health has reported a steady decline in smoking following the introduction of plain packaging.

“A standard industry response to any new measure designed to reduce tobacco use is to falsely claim that smuggling will increase,” Salooyee said.

“The industry expects the customs authority’s fears of increased crime to override health concerns and defeat the measure,” he added. “This study shows that when governments stand up for health, the industry’s claims will be exposed as nothing more than fear mongering.” – Health-e News.

An edited version of this story was first published in the Pretoria News, and republished by The Star and Mercury newspapers.