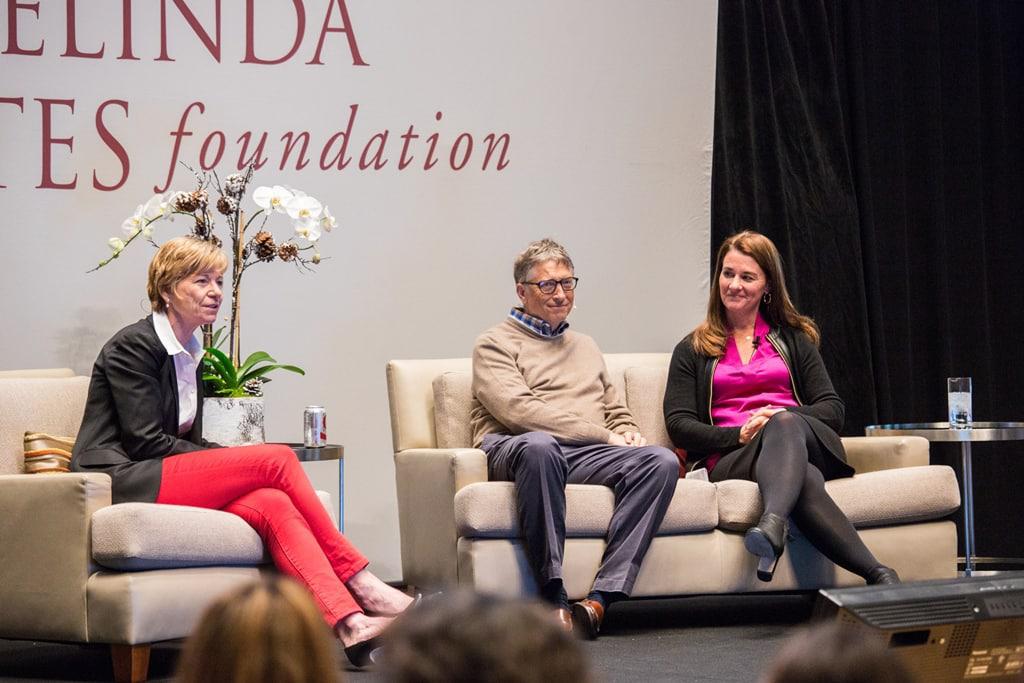 Celebrating its 15th anniversary, the Gates Foundation has helped to vaccinate half-a-billion children worldwide and made a massive contribution to global health. 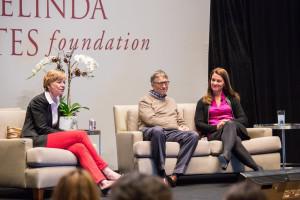 It has been eight months since the last polio case was recorded in Africa, says Bill Gates excitedly.

Last year, India, a polio hotspot five years ago, declared itself polio-free prompting Gates to describe this as “the greatest global health achievement I have ever witnessed”.

It may seem unlikely that one of the world’s richest men comfortably ensconced in Seattle, USA, should care about faraway illnesses, but for the past 15 years Gates and his wife, Melinda, have pumped millions of their own dollars into improving global health – particularly mass immunisation campaigns for children.

Polio eradiction by 2018 is one of their goals, along with ensuring the rollout of vaccines to protect against a range of child killers including rotavirus (which causes diarrhoea), meningitis and pneumonia.

They are also heavily invested in researching new vaccines to address some of the world’s biggest health problems – HIV, tuberculosis and malaria.

The Bill and Melinda Gates Foundation was formed in 2000 precisely because the couple saw that children in poorer parts of the world were getting diseases that the developed world had stopped seeing.

“The start was really when we realised how unjust it was that all the kids in the world did not get vaccines,” says Melinda, a no-nonsense woman with short nails and a frill-free dress sense.

Despite having unimaginable wealth, the Gateses spend most of their time working on how to give their money away.

In 2008, Bill quit Microsoft, the company he founded, to work fulltime on the foundation, which has changed global philanthropy simply because the world has never had such a massive private donor.

The guiding belief of the foundation is that “all people, no matter where they live, should have the chance to live a healthy, productive life”.

Last week, the foundation called their partners to a meeting in Seattle to take stock of the past 15 years and work out what the next 15 should look like.

Being a fly on the wall was fascinating as some of the most powerful people in global health discussed progress made in spending the massive $43.5-billion endowment set up Gates and investor Warren Buffett. Last year alone, they spent $4-billion.

Klugman is overseeing advanced clinical trials of a pneumonia vaccine that can be given to pregnant women to protect their newborn babies, as pneumonia is one of the biggest baby-killers in the world.

Meanwhile, Hanekom is helping to oversee new TB candidate vaccines, one of which is about to start being tested in South Africa. The trial of another vaccine that does not prevent infection but prevents the development of the disease is currently underway in Worcester targeting teenagers.

David Allen, who heads the Gates Foundation in South Africa, says this country is a “priority area” not only because of our huge HIV and TB burdens.

“South Africa has the infrastructure to do research and clinical trials better than any other country in southern Africa,” adds Allen, “and it has regional and global influence in health and development”.

Some of the areas where the foundation is assisting government is in assessing the effectiveness of the GeneXpert TB diagnostic machines, developing an implementation plan for medical male circumcision and working on trials of new contraceptive implants. It is also helping to test toilets in the Eastern Cape that use little or no water and can recycle waste.

The Gateses describe themselves as “impatient optimists”, and have been able to bring together some of the best brains in global health to guide them. They also invest in agriculture, and have developed drought- and flood-resistant seeds to assist farmers mitigate the effects of climate change.

The financial might of the foundation enables it to cut red tape that often strangles development projects. As CEO Desmond-Hellmann says, “no one refuses Bill, Melinda and Warren’s calls”.

It galvanized 30 partners to develop a vaccine within 10 years for meningitis type A threatening children in 25 African countries from Senegal across to Ethiopia, mainly through the vaccine alliance, Gavi.

Its main aim is to halve the mortality rate of children under five by 2030, and reduce the difference between child survival rates in poor and wealthy countries.

But the foundation has been under pressure because of some of its funding sources. At the end of last year, the trust finally sold its shares in Coca Cola and McDonalds (although it retains shares in its South American holding company Arcon). It also sold its Exxon Mobil shares but retains huge interests in other fossil fuel companies, which are the main drivers of climate change.

The London-based Guardian newspaper is driving a global campaign aimed at persuading the foundation to divest from fossil fuels within five years.

“Climate change poses a real threat to all of us, and it is morally and financially misguided to invest in companies dedicated to finding and burning more oil, gas and coal,” says the Guardian in its online petition campaign.

However, Desmond-Hellmann – former chancellor of the University of California San Francisco – says she is satisfied with the foundation’s governance values.

“My task is to take the capital we have at hand to make the world a better place,” she says. “Bill and Melinda Gates make personal decisions about the investments.” – Health-e News.