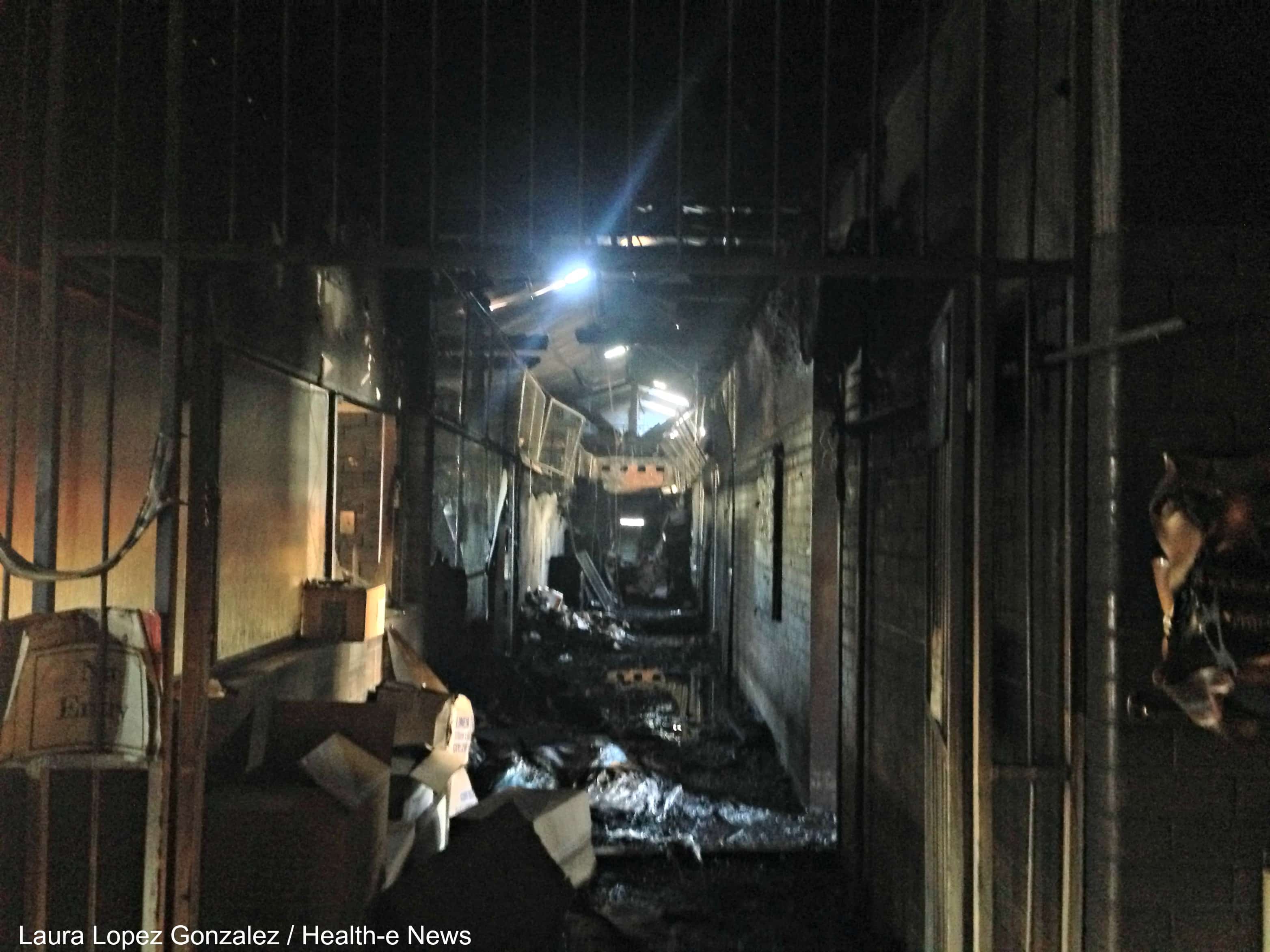 A Saturday night blaze has destroyed about R7 million worth of medical supplies at Boksburg’s OR Tambo Memorial Hospital after fire gutted the hospital’s storage facilities. 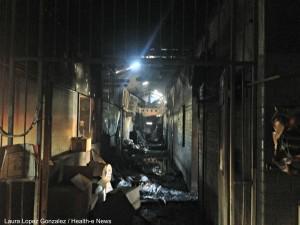 The blaze was hot enough to melt catheters and other medical supplies in the hospital’s store.

According to MEC for Health Qedani Mahlangu, the fire broke out around 9 pm last night in the hospital’s medical stores, which store medical supplies such as face masks, hospital linen and feeding tubes.

Hospital services are not expected to be affected by the blaze as the Gauteng Department of Health is mobilising to re-stock the hospital within 48 hours, Mahlangu told Health-e News while addressing the media at the site of the blaze yesterday.

Rimed with blown out windows, the charred building was awash in water and burnt debris after eight Ekurhuleni Metropolitan Municipality Emergency Services vehicles responded to the fire late Saturday night, according to According to Gauteng Department of Health Head of Communications Prince Hamnca.

An additional two vehicles were also despatched Sunday morning after hospital staff reported pockets of the building were still smouldering under the partially collapsed roof.

Preliminary investigations indicate that an oil heater may have been to blame, but police and fire investigators may only know the official cause by Wednesday, according to Mahlangu, who added that the building was not equipped with fire sprinklers.

No one was hurt in the blaze, which occurred while the building was empty.

Construction to replace segments of the 105-year-old OR Tambo Memorial Hospital has already been slated as the department forges ahead with work under the country’s “ideal clinic” programme. The programme aims to prepare the country for the National Health Insurance (NHI) roll out and help establish a minimum package of services to be offered under the NHI, said Health Minister Dr Aaron Motsoaledi at a recent Johannesburg meeting.

She added that the Department of Infrastructure and Development will assist the hospital in cleaning up the fire’s mess as well as evaluating the extent of the damage. – Health-e News.

An edited version of this story first appeared via the News24 Wire service and on News24.com