Special Olympics South Africa has called on local communities to fight to stop the scourge of sexual abuse perpetrated against the disabled.

Special Olympics South Africa‘s CEO, Igna Steyn, said they were concerned about the high incidence of sexual abuse, particularly of the mentally disabled, and said communities needed to seed out the abusers so that they could face the law.

“Most of the abusers do what they do because they think disabled people cannot tell other people they were abused.

“Some of the abusers think that intellectually disabled people are stupid. That is not true. These people are disabled, but not stupid. The majority of them do tell us about their ordeals and we do try get cases to go through the legal system.”

Steyn, who was speaking during her recent visit to Thohoyandou in Limpopo where a welcoming ceremony was held for the National Special Olympics team, said that sexual abuse meant those with disabilities now faced either unplanned pregnancies or HIV or sexually transmitted infections.

The team was in the province on a four-day training camp in preparation for the world summer games to be held in the United States of America in July 2015 month, when Steyn addressed this issue

“After opening up about their (sexual abuse) ordeals to us, we take them through counselling and help them to open a criminal case with the police,” she said.

“Unfortunately most of these cases do not succeed because of technical challenges like lack of witnesses which leads to the unsuccessful prosecution. But in some cases we do succeed,” Steyn told OurHealth.

At a family forum at Thohoyandou Indoor Sport Centre, Steyn spoke to about 230 family members and guardians of the disabled giving them information about the Special Olympics and also on how to prevent HIV.

Steyn urged community members to help stop sexual abuse of disabled people. “In most cases, some of our members end up pregnant and end up being single parents because people who fathered these children are not identified.

“Some of the perpetrators of these evil acts are respected members of community who lure our members in and abuse them sexually without anybody realising it.

“Some of the perpetrators even go as far as giving alcohol to disabled people so that they can get drunk before they abuse them sexually.

“As Special Olympics, we are encouraging every member of the community to help us end this,” said Steyn.

The case of Special Olympics ambassador in Vhembe, Rofhiwa Manwadu, against a woman accused of assaulting him with intent to do grievous bodily harm is still ongoing in the local court in Thohoyandou.

The case drew widespread support for Manwadu when it first came to court with support groups marching to demand better treatment by police of the disabled when they reported cases of abuse.

More of a novelty than a star ingredient, insects are in fact nutrient-rich. Yet it has fallen off many a menu, despite its health benefits. 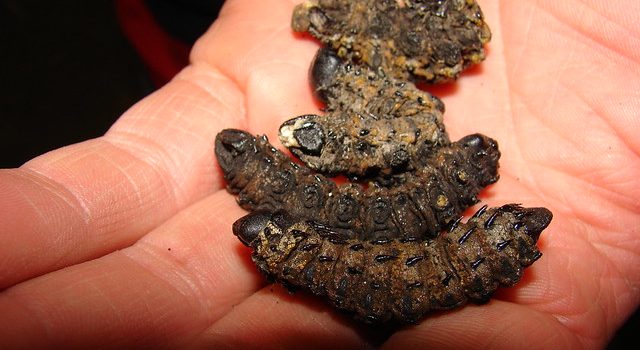 About 20 percent of South Africans live on less than R350 per month and this kind of poverty could be having real impacts not only on people’s physical health but also their mental well being.

Student nurses are filing into Limpopo’s Guyuni Clinic to lend a hand during the festive season.