The 227-page report highlights a number of achievements for the department, including progress on the implementation of the National Health Insurance.

In a forward, Health Minister Dr Aaron Motsoaledi asserts that the department’s primary priority in the 201516 financial year is continued work to prepare the country for the National Health Insurance. He adds that the department is in the process of developing and testing alternative reimbursements tools for 10 central hospitals nationwide.

Motsoaledi also reports that electronic medicine stock management systems were implemented in 39 hospitals. Meanwhile the report adds that the Council for Scientific and Industrial Research (CSIR) has been commissioned to assess the level of Primary Health Care Patient Information Systems implemented in the country against the published National Health Standards Framework.

Among other significant achievements, the report cites:

After elderly and frail visitors at an East Rand drop in centre could not get to health services, the Gauteng Department of Health has vowed to bring the health services to them.

Mothers allege some Gauteng hospitals are withholding newborn babies from immigrant mums until they can pay for delivering at public hospitals. Others say health care workers have threatened not to treat children unless bills are paid in full.

from foreign mums until bills for delivering at public hospitals are paid. 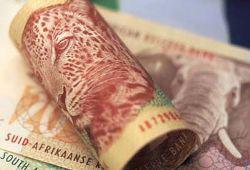