Home » Heads to roll at HPCSA after damning report

Heads are likely to roll at the Health Professions Council of SA (HPCSA) after a ministerial task team found its three top officials were “unfit” to hold their positions. 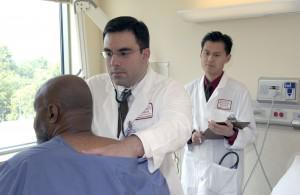 The three – the Registrar, chief operating officer and head of legal services – failed to co-operate with the task team despite being asked three times to do so, said Health Minister Aaron Motsolaedi today.

The task team has recommended disciplinary action against the three, who had caused the public to “lose confidence in the HPCSA”, which regulates a number of health professionals including doctors and dentists.

The team also found that the HPCSA was suffering “multi-system organisational dysfunction” and recommended that it should consider “unbundling” into two entities. The one would regulate doctors and dentists, the bulk of the council’s members, and the other would preside over the remaining health and rehabilitation workers.

“The time has come to review the value of the HPCSA after 15 years of systemic dysfunction,” according to the task team. It described the council with its 12 boards and various sub-commitees as “lacking coherence and cohesion”.

A new HPCSA board was appointed last week under the leadership of Dr Kgosi Letlape.

Motsoaledi has given the board six months to report back on aspects of the task team’s findings, including how it will address irregularities uncovered by a forensic audit in 2011 that were never properly addressed.

The irregularities relate to the purchase of a computer system called Oracle, which was initially set to cost about R14 million and snowballed to R30 million.

The task team recommends the appointment of an interim executive to oversee an organisational review.

HPCSA spokesperson Priscilla Sekhonyana said it was too early for a response to the task team report as the council’s board had only just received it and was still considering it. – Health-e News.