The National Department of Health has denied allegations that provincial health departments may be ‘freezing posts’ amid tight budgets.

“We want to put it on record that there are no medical posts frozen in this country,” said Health Minister Dr Aaron Motsoaledi in a statement issued Monday. “If there is freezing of posts by government departments, they have nothing to do with medical doctors as posts in the health sector are exempted.”

“Anybody who knows a doctor who is unemployed due to ‘frozen posts’ must forward the name of such a doctor to me urgently and I will make sure that they are placed by the end of next week”, Motsoaledi added.

Motsoaledi’s statement follows media reports by Health-e News and other outlets that as many as six provincial departments of health have instituted formal or informal “moratoria” to prevent or strictly control the filling of posts, according to Rural Health Advocacy Project (RHAP) research.

Moratoria mean posts are essentially “frozen” – either officially via memos or unofficially. In the case of “unofficial moratoria,” some appointments are delayed so long – by for instance requiring permission from provincial treasuries or premiers – that candidates lose interest. Alternatively, positions are left vacant until they are eventually deleted from electronic human resource systems.

According to RHAP budget expert Daygan Eagar, alleged “moratoria” are aimed at cutting costs, driven largely by dramatic eight percent year-on-year salary increases on average for staff throughout the last decade. Provincial health budgets have grown by about two percent annually during the same period, according to Eagar. 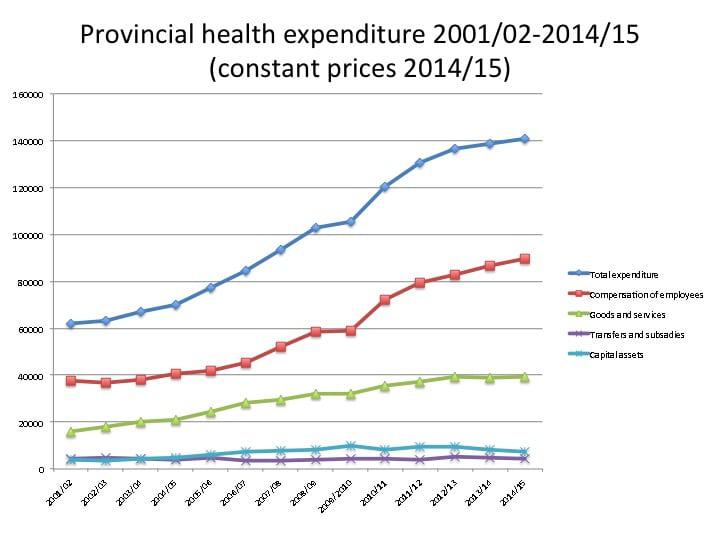 [quote float= right]”A few years ago, we called out the Eastern Cape for having a moratorium because they’d sent out a circular…There’s good reason why provinces wouldn’t want to name it.”

In a recent Health-e News investigation, The Eastern Cape, KwaZulu-Natal and Free State did not confirm freezes but the Eastern Cape admitted to sending a circular in late 2015 stating only community service health workers with bursaries to pay back would be absorbed into the public health system due to budget constraints.

Mpumalanga’s offices of the treasury and premier also “play an advisory role for all appointments across provincial departments,” but Premier David Mabuza has exempted health from hiring freezes placed on other departments. While the Western Cape decentralised hiring to local facilities to allow managers to ensure that the most critical posts are filled in line with available budget.

Only the North West admitted having an official moratorium while the Northern Cape and Limpopo departments of health did not respond to requests for comment.

According to Eagar, provinces may have good reason to refrain from putting moratoria on paper.

“A few years ago, we called out the Eastern Cape for having a moratorium because they’d sent out a circular and it emerged that KwaZulu-Natal also had a moratorium on the appointment of staff they just didn’t call it that,” he added. “There’s good reason why provinces wouldn’t want to name it.”

RHAP has welcomed the minister’s response. The advocacy organisation had in the past called for national health and treasury departments to help guide provinces in protecting critical posts amid tight budgets. The body has stressed that “critical appointments” are not limited to medical professionals.

“A hospital without cleaners cannot deliver a safe service whilst the current tragic cuts in (rehabilitation) posts can lead to preventable permanent disability of the most vulnerable children in our country,” said RHAP in a statement alluding to the need for occupational therapists as part of rehabilitation services in many rural areas.

“Austerity measures, as they have been implemented to date, can lead to catastrophic consequences for health care, particularly for rural health settings,” said the advocacy group.