Africa has made the greatest progress in increasing life expectancy in the world, reports the World Health Organisation (WHO).

Life expectancy in Africa has increased by almost 10 years between 2000 and 2015, the biggest increase in the world, according to the World Health Organisation (WHO).

The increase – to 60 years of age – has been “driven mainly by improvements in child survival, progress in malaria control and expanded access to antiretrovirals for treatment of HIV”, according to the WHO, which released its annual health statistics yesterday.

“The world has made great strides in reducing the needless suffering and premature deaths that arise from preventable and treatable diseases,” said Dr Margaret Chan, Director-General of WHO. “But the gains have been uneven.  Supporting countries to move towards universal health coverage based on strong primary care is the best thing we can do to make sure no-one is left behind.”

Meanwhile, women live the longest in Japan – to an astounding average of 86,8 years, while men live longest in Switzerland – 81,3 years. Sierra Leone has the world’s lowest life expectancy – 50.8 years for women and 49.3 years for men

But the life expectancy for a child born in sub-Saharan Africa is 20 years less than that of children born in the 29 high-income countries – at 60 years and 80 years respectively. – Health-e News.

Produced by the African Palliative Care Association, the guide includes evidence‐based information on the use of opioids in the management of pain in patients with cancer and other illnesses. 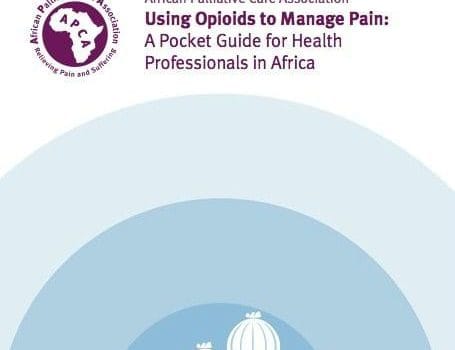 Tobacco farming causes significant damage to the environment and farmers are often in debt as prices are low and production costs are high.