Home » What now for patients after psychiatric hospital closes? 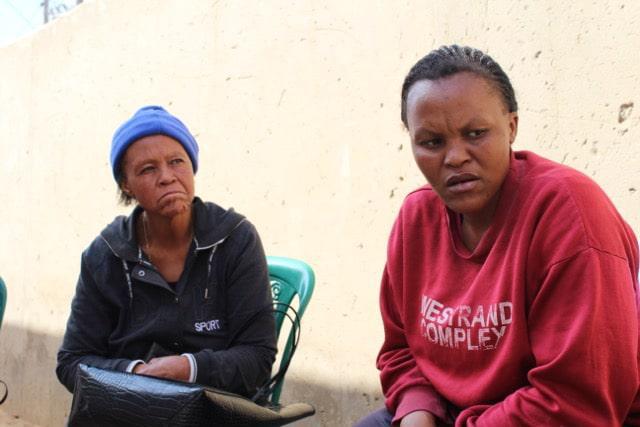 Relatives of mentally ill loved ones protested last week, saying their family members are not doing well since they were discharged from Life Esidimeni’s psychiatric hospitals.

What now for patients after psychiatric hospital closes?

Anxious relatives claim they have been left in the lurch by the Gauteng Department of Health after it closed Randfontein’s Life Esidimeni psychiatric hospitals last month and relocated over 2000 patients with serious mental disabilities to cut costs. Some claim their relatives are being mistreated at new organisations that they have been sent to and the “cruel department doesn’t care”.

However, the department’s spokesperson Steve Mabona said all patients “are in the hands of professionals who give quality care and we are managing well”.

Relatives marched last week (Thursday) to protest against the department’s decision to close the Randfontein hospital after announcing it could no longer afford to provide care for the more than 2000 patients at the facility.

Olga Nkisa, whose 46-year-old daughter Zelda Lebopo was at the hospital, said she received a call in November that Life Esidimeni was closing. “Then we heard nothing. They phoned last month and said they were taking her [Zelda] that day to Takalani, in Soweto. We don’t know if she is getting her medication.”

Nkisa said her daughter, who can neither see nor speak and is constantly agitated, had some calm, routine and comfort at the West Rand hospital for more than 20 years. Now she had to cope with a new routine at the Takalani Home for the Mentally Handicapped in Orlando, Soweto.

“They are very cruel. If they had someone in their family who cannot speak for themselves they wouldn’t have closed the hospital. I want to tell them: You don’t care,” Nkisa said.

Information about adverse conditions at Takalani emerged earlier this year when en the South African Depression and Anxiety Group (SADAG) and a group of family members brought an urgent application in the South Gauteng High Court to prevent the transfer of 54 patients to  Takalani.

The Department assured the Court that Takalani was suitable for the patients. Since the application it has emerged that many of the staff members at Takalani are on strike and under-trained short term staff has been brought in to replace them.The South Gauteng High Court ruled against the application.

A committee of relatives of those to be discharged achieved an agreement in an out of court settlement with the Gauteng health department to ensure their loved ones received the same level of care in their new homes as they did prior to their discharge. But relatives believe that the standard at the new facilities is way below that of Life Esidimeni.

Zelda’s younger sister Dora Nkisa went to visit Zelda at Takalani, which was best known as a home for children with mental health problems: “She was not as clean as when she was at Life. They didn’t cut her hair. Adults have been put among school children. I wanted to see the (nursing) sister to be sure that she had her medication. I met the social worker who said she would look for the sister. But the sister was not found and I had to go home without any explanation about the medication and I worry she will have a relapse.”

Zelda contracted polio as an infant and later developed epilepsy which went undiagnosed and she suffered severe brain damage.

Meanwhile, Shirley Jones said her son called her to say he was being transferred to Sterkfontein and she should fetch him, which she did. “My son is a schizophrenic and we decided to bring him home. They gave me his medication and he is with us in Noordgesig. It is better to have him with me, under my wing, than in the bush at Sterkfontein,” she said.

Her son was diagnosed in 2011 after he became violent and was using dagga, and was sent to Life Esidimeni in Randfontein.

“He got rid of substance abuse, and I was very happy with his treatment there, and could really see a change in him,” said Jones. So it was a shock for her when she learnt the hospital was closing.

“But so far so good. When I get back from work, we talk about the day. So here’s hoping. He is so artistic, and I just want to keep him away from negative influences.”

Jenny Mbarati, a widow, is anxiously looking for help for her brother David, 43, to persuade him to seek a disability grant. He was discharged from Life Esidimeni nearly a month ago, which was a “very big shock” to his family.

Unable to get pills

David had previously been at Chris Hani Baragwanath and Tara, but had been at the Randfontein hospital for a year for treatment for bipolar disorder. “It was a very good hospital and we were sad and shocked when we were told it was closing down.

Mbarati said her brother was discharged with enough medication for about 10 days and she returned to Life Esidimeni three weeks ago for more and will in future be able to get his pills from Chiawelo Clinic in Soweto.

Jabu Mackenzie, 34, a mother of two young children, who was discharged from Life Esidimeni last month said she was “unhappy” at Siyabathanda, a new non-governmental organisation in Braamfischerville, Soweto, where she had been placed.

Jabu, a university graduate, was working as a bank teller when she was diagnosed with bipolar disorder in 2005. Both she and her mother said she had been doing well in the Randfontein hospital, where she was used to the routine, felt secure and had activities.

“I am unhappy, and hungry and can’t sleep… please, please let me go home,” Jabu said, sitting in a narrow sliver of sunshine at the side of a rented house, which is now home for 13 other patients with mental health issues who were all discharged from Life Esidimeni last month.

“When she was in the hospital she was ok. But when she is with me it is too difficult,” said Jabu’s mother, Priscilla Mackenzie. “She becomes violent when she is sick so I am worried about her at the NGO. When I visited when she first got there, I wasn’t sure if she was getting her medication.”

A few days later Priscilla Mackenzie took Jabu home for a few days as her distressed daughter had fallen out of bed and hurt her head. “I will take her to the doctor and if her head is OK I will take her back to the NGO. Then I will keep on checking.”

Mackenzie tears up as she hugs her nervous daughter goodbye. “She is my first born. I am very worried about her and this NGO, but I must get home to the kids. I want my daughter to get better, to be able to live with us and get a job again. I can’t see how she can improve at this NGO.”

So far, the patients have no activities beyond daily exercise and there’s no radio or TV at Siyabathanda. There’s not much besides a game of cards to occupy them.

When Health-e visited the NGO, workmen were nailing up a ceiling in the home. A geyser had been installed and another will soon be in place.

“This is our starting place. The house didn’t have a ceiling so we are putting one in, and we are paying for everything ourselves. We have six care workers and we have a security guard at night,” said administrator Siyabonga Sithole, who is running the NGO in partnership with Thembi Makhubo, an occupational therapist.

The pair registered their NGO last year as a non-profit organisation and intend to expand. They say the accommodation they rent at R8000 a month is temporary and they will soon acquire space big enough to house 40 people.

Sithole claimed that Siyabathanda had not yet received any funds from the health department or from any of the patients’ disability grants.

“We are doing this for the community. We saw people need help and so we must help,” said Sithole. “We really want to make this work.”

They hope that disability grants from the patients will soon become part of their working cash, as well as the “subsidy” from the Gauteng Department of Health.

Mabona said the new NGOs would be regularly monitored. He added that of the 2378 patients at various Life Esidimeni facilities, only 378 have not yet been placed. He said 295 patients were admitted to Weskoppies and Sterkfontein psychiatric hospitals and the rest with NGOs and a few were discharged to their homes at their families’ request.  – Health-e News.