An airport tax and a transaction tax of a few cents for every credit card transaction are some of the ways in which African countries can fund their AIDS responses. 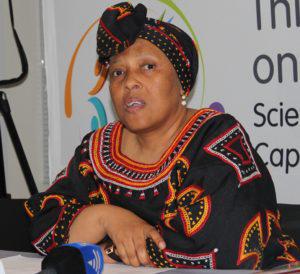 This is according to Health Director General Malebone Matsoso, who said these innovative funding ideas had already been used in other countries and there was nothing stopping Africa from also adopting them.

Speaking before the opening of the AIDS 2016 conference, a wide range of global leaders voiced their fears that HIV might rebound in the last mile because of a lack of funds.

“I am scared because we are back in Durban in a different time, when the world is facing many competing challenges, including terrorism and migration,” said UNAIDS Executive Director Michel Sidibe.

“Thirteen of the 14 [main donor] countries have reduced their contribution to the AIDS response. There is a risk of a rebound in the epidemic, and we will lose our investment, as we saw with malaria. We thought we had it under control but today we have to spend a lot of money again to bring it under control,” said Sidibe.

“I am scared because we are not seeing a decline in new adult infections, with about 1,9 million people infected every year for the past five years.”

He added that two million community health workers – about 200,000 in South Africa alone – needed to be trained to improve health services.

United Nations Secretary General Ban Ki-Moon said access to treatment had increased 17 times to 17-million people since the last AIDS conference in Durban in 2000, but there were still weaknesses.

“We need to close the gaps that keep people from accessing services, particularly for men who have sex with men, transgendered people, sex workers, injecting drug users and prisoners,” said Ban.

These “key populations” account for one-third of new infections globally.

“Until we reach young people and make them want better for themselves, we will not be able to end AIDS. We will have to push the rock up the entire hill again, when we are so close to pushing it over the edge.”

Meanwhile, Treatment Action Campaign chairperson Nkhensani Mavasa praise government for significant progress in getting people on ARV treatment, but said “there are challenges of adherence and patients who are untraceable”.

She added that there was an urgent need to employ more community health workers to improve “the functioning of the health system”. She also appealed to UN leaders to “talk sense to African member states” who “criminalised key populations especially the LGBTI community” and saw civil society as the enemy. – Health-e News.

An edited version of this story was also published on Independent online, newstimes365.com