A 22 year old Free State woman, currently in hospital with a massive infection and bleeding following a home abortion, is to be arrested and charged with murder when she is discharged.

Police have confirmed that she will be facing criminal charges once she has recovered.

Dikeledi, who spoke to Health-e News after the incident, said her pregnancy had not been comfortable or easy, and that she did not know who the father was.

“I used to go out with my friends every weekend – sometimes during the week – because our parents work in Qwaqwa they only come home at month end. I was staying with my older sister and would often go out with different guys. The way I would show appreciation for the things they bought me was by sleeping with them. A condom was the last thing in my mind,” she said.

I was staying with my older sister and would often go out with different guys. The way I would show appreciation for the things they bought me was by sleeping with them. A condom was the last thing in my mind.

“I found out a few months ago that I was pregnant after I went to the clinic because I was suffering from a heavy flu. When they told me I was pregnant I was so ashamed and angry at myself. I couldn’t even wait for the sister to explain any details to me, I went straight from the clinic to a tavern nearby where I had too many drinks and then went home and cried myself to sleep,” Dikeledi said.

She did not have the courage to tell her sister that she was pregnant, and would frequent taverns while her sister was at work. She drank heavily and stressed about the baby that she did not want.

“Later on I went to Bethlehem where I was advised by my friend to go and see a traditional healer that will help me abort my child. I went and I was given muthi (traditional herbs) that I had to drink.”

Dikeledi returned home and took the entire bottle of medicine. She started vomiting and then started having contractions.

“I pushed and boom, the infant was out. I quickly went outside, wrapped myself with a towel and dug a hole and threw the infant in. I was so relieved for few hours, went back in the house and cleaned all the mess so that my sister would not see what had happened. I had a few drinks and lay on the bed, but when my sister arrived she started screaming at me, because there was so much blood,” Dikeledi said, explaining that she had continued to haemorrhage after the birth.

Dikeledi told her sister what she had done. Her sister called the police, but while they were waiting for them to arrive Dikeledi grew sicker and had to be taken to Phekolong Hospital where she was admitted.

Police have confirmed that she will be arrested once she is discharged from hosital, and she would likely be facing a charge of murder.

Social worker Pule Mokgwethwa, who works in the Free State area, said he has noticed an increase in the number of teenage girls falling pregnant and then, desperate to get rid of the unwanted baby, resorting to killing or dumping their babies.

“We have shelters available where these young mothers can come to us for help. They can give up their children safely if they don’t want to take care of them. Young women need to stop with these killings and dumping of children,” Mokgwethwa said.

Nursing sister Elizabeth Moloi said Dikeledi had developed a bad infection from the muthi she had taken and from cuts she had made to herself with a razor. – Health-e News

*An edited version of this story appeared in The Saturday Star.

Dr Richard Lebethe has this week been appointed as the new acting CEO of Chris Hani Baragwanath Hospital following protests at the facility by health unions who have been picketing outside since Monday. 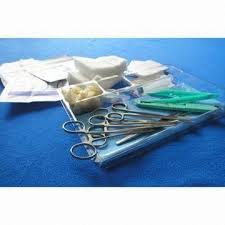 LIMPOPO – The plight of a 27-year-old mentally and physically handicapped man from Mpheni village, outside Louis Trichard is growing increasingly worse as nobody is looking after him and a loan shark retains possession of his social grant card.