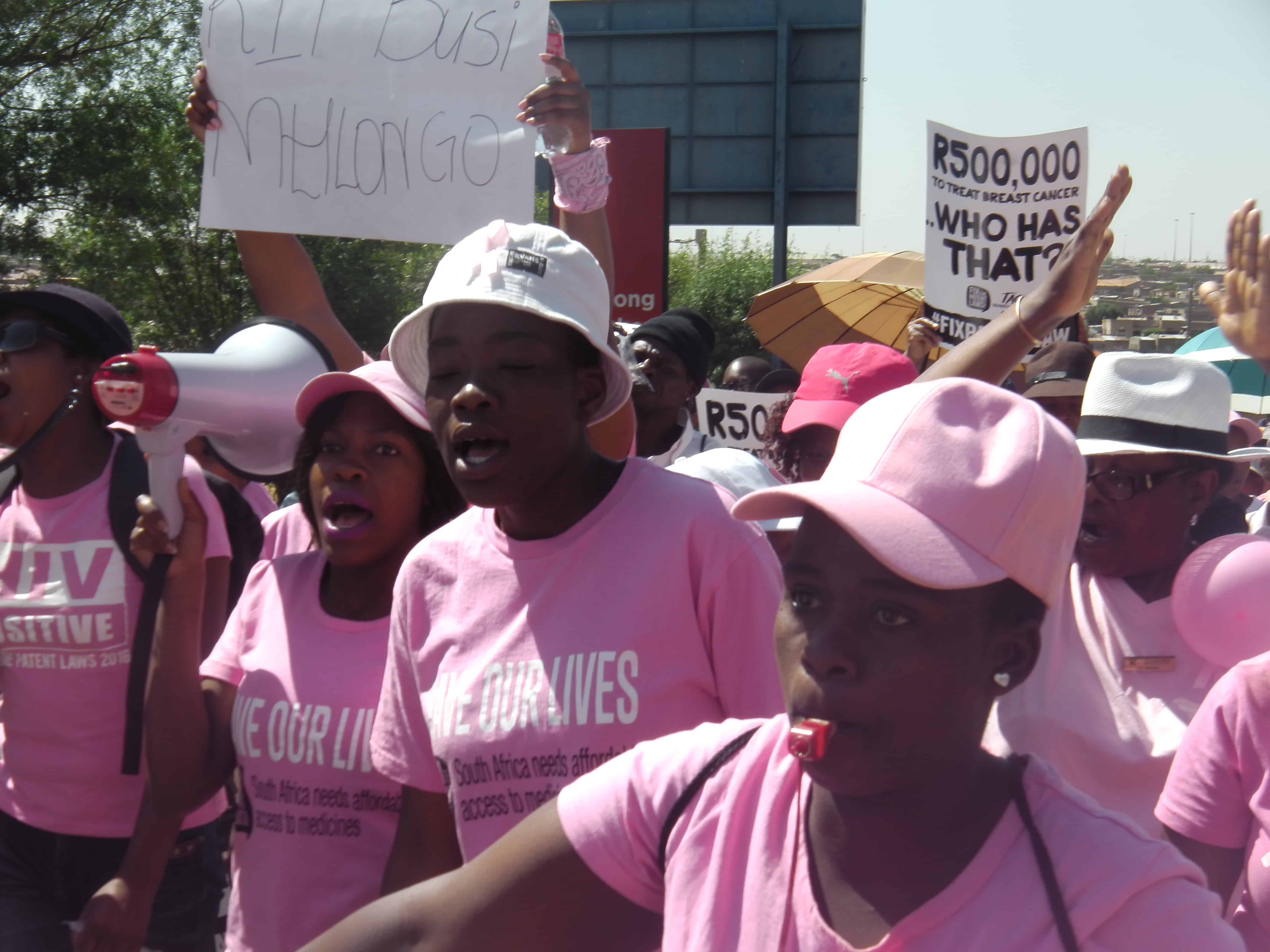 Scores of Ekurhuleni women gathered together recently to join in a 4km fun walk – the first annual Breast Cancer Awareness Walk aimed at creating an awareness of the illness in the local community. 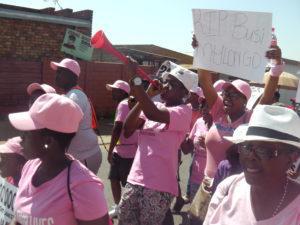 The fun walk was planned to become an annual campaign to increase awareness of the disease.

Speaking at the event, Pinky Raynolda Makhutle (59) – a cancer survivor three times over, avid biker and brand ambassador for Cancer Vive, spoke about her own ordeal. Popularly known as “Mama Ray”, Makhutle addressed the mammoth number of community members who converged at Calcot Dlephu Clinic in Tsakane, Ekurhuleni recently.

“I have been hit by this silent monster, but in the end I have conquered it and I’m celebrating my life. I was first diagnosed with breast cancer in 1998. After my breast was removed, I was told I also had ovarian cancer and then it was followed by cervical cancer. I had lost all hope, and I will always be grateful for the support system I got from my family and friends during those years,” Mama Ray said.

The 4km walk started at the clinic and followed a set route to the Faranani Multi-Purpose Centre. One of the organisers, Gugu Zikalala (24) from Inqaba Yokulinda, a non-profit organisation established to provide life skills and educational programmes in 2004, said the main purpose of the walk was to educate people, particularly women and young girls, about the importance of October as breast cancer awareness month. She said the fun walk was planned to become an annual campaign to increase awareness of the disease.

“We invited other organizations like Love Life, Treatment Action Campaign and Green Girls so that we can work together to inform our community about breast cancer and its dangers. It’s an illness that can become a death sentence if it is not detected early. We want people to know the facts and stop believing all the myths that they hear on the streets,” said Zikalala.

Puleng Radebe (25), a coordinator and peer counsellor from Green Girls, said they wanted to empower the community through women.

“This month is very important. As women, we should know our bodies. Some women are scared to do the self-examination in the mirror to check for anything abnormal in their breasts, even before consulting the clinic. Our organisation deals with women’s issues and was established by women,” Radebe said.
Margaret Shiwa (28), one of the community members said she was participating in the walk to pay respect and remember her father who died of cancer.

“My father had leukemia and passed on in 2012, and my aunt is a breast cancer survivor,” she said.
“I believe that as fathers, brothers and uncles, we should also come out in numbers to support breast cancer awareness month, because women are the heart of our society,” said Simon Zwane (45), one of the people who attended the walk.

Breast cancer facts:
• Early detection of the condition can lead to effective treatment and a positive prognosis. About 90% of patients survive for many years after diagnosis when breast cancer is detected in the early stages.
• Regular self examinations to detect any lumps or abnormalities and regular mammograms are key to early detection.
• Women diagnosed with breast cancer should seek treatment fast as early treatment is more effective than later treatment, leading to a reduction in pain and suffering and a significant decrease in the loss of life.