Activists say our anti-tobacco policies have gone “stale” calling for stronger regulations including health warnings in the form of graphic pictures. 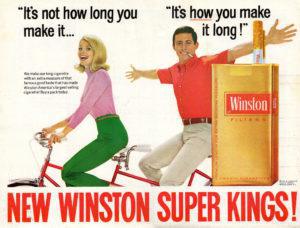 In 1996 South Africa’s health warnings on cigarette packaging were amongst the “best in the world” and were the most progressive in Africa, but not anymore, according to Dr Yussuf Saloojee from the National Council Against Smoking.

“20 years later, nothing has changed and the warnings we have no longer make an impression – it’s become like wallpaper, you don’t see it anymore,” he said during the launch of a report about the tobacco industry targeting school children in Africa in Johannesburg on Wednesday.

Significant drop in number of smokers

Since South Africa introduced the Tobacco Products Control Act in 1993 the number of adults who smoke has been halved due to a combination of interventions including health warnings on products, taxes, advertising bans and restrictions on public smoking. In 1992, 32 percent of South African adults but in 2012, the most recent year for which data is available, this had dropped to 16.9 percent.

“However, this achievement is in danger of being eroded as cigarette manufacturers find ways to by-pass laws which have not been updated in over a decade,” he warned.

Three other countries on the continent – Mauritius, Niger and Seychelles – have surpassed South Africa’s text-only tobacco packaging health warnings. They now mandate graphic warnings along with text for example images of diseased lungs and rotting teeth.

Taxes on tobacco products have also not increased. The World Health Organisation recommends a tax of 70 percent. But since 1997, when they were introduced in South Africa, taxes on these items stood at 52 percent of the retail price – and that is where they remain today.

Currently Kenya, Madagascar and Mauritius have higher taxes on tobacco than South Africa.

While Saloojee said that government’s anti-tobacco policies have “gone stale” there is hope that this will change next year.

In May Health Minister Aaron Motsoaledi announced that 2017 would see a host of new anti-tobacco regulations including further restrictions on public smoking, regulating electronic cigarettes and a move to ‘plain packaging’.

Plain packaging requires all cigarette products to be packaged in the same designated colour without the manufacturers logo, brand images or any promotional information.

Motsoaledi has indicated the colour will be brown and will be accompanied by graphic images relating to the consequences of using tobacco products.

“They use health to sell death. But with these kinds of graphic images we are using death to sell health.” – Health-e News.