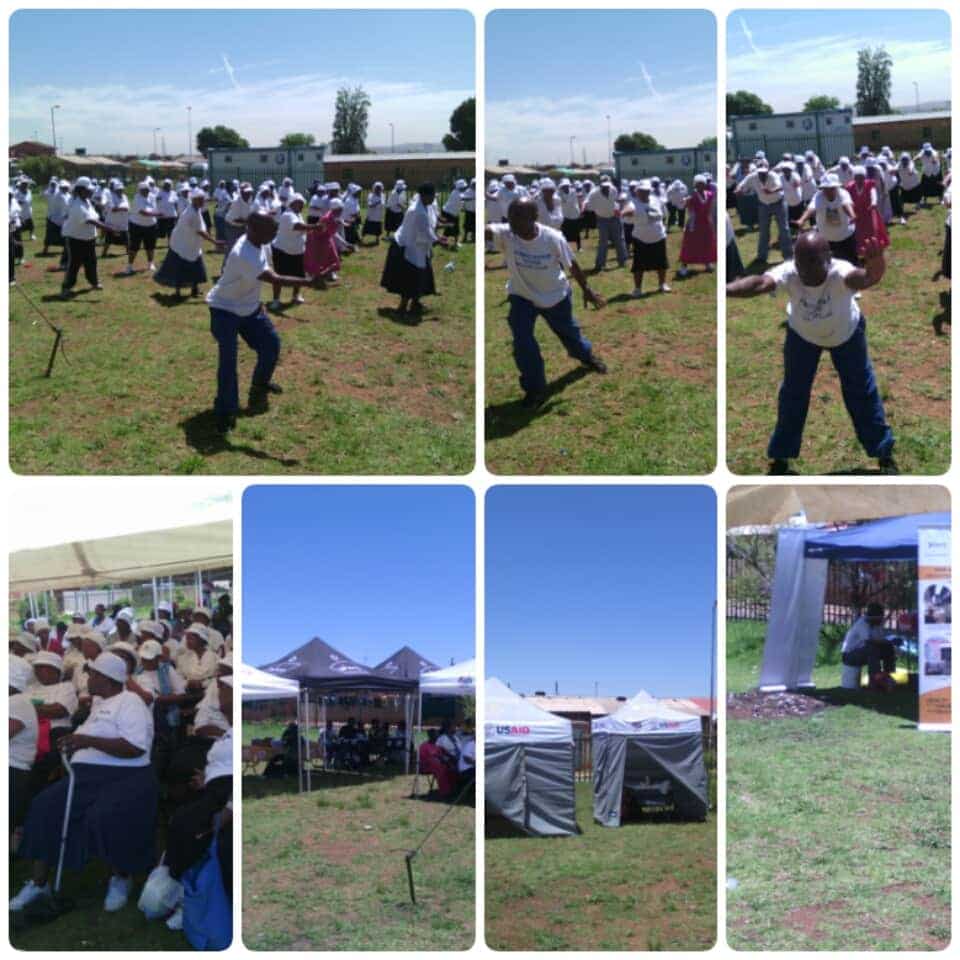 What started out as a small health group for five Soweto senior citizens just four years ago has grown to into a massive health club with 349 active members and a proud track record of improved overall health. 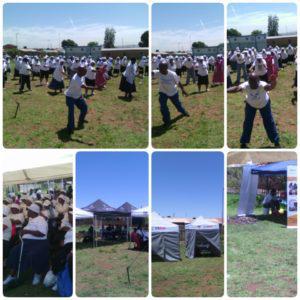 Earlier this month the Soweto Senior Citizens Health Club met at the Chiawelo Community Park where they participated in a diabetes awareness event. It was an event on a packed calendar that has members participating regularly in exercise and other health-related activities.

Francis Muthakhi, the club’s coordinator, said: “The Soweto Senior Citizen Health Club has been growing well since we started it four years ago. Now we have meetings of over 300 people at a time who get together to participate in exercise sessions.”

Muthakhi said the members were extremely happy with the programme, and more were signing up all the time. He said most of the members were women, as men tended to be shy or too proud to join.

The Soweto Senior Citizen Health Club has been growing well since we started it four years ago. Now we have meetings of over 300 people at a time who get together to participate in exercise sessions.

He said the club had partnered with the City of Joburg, which offered some basic health services, and ANOVA Health Institutes that offered HIV testing and counselling and a team from South African Social Assistant (SASA) to advise the elders about their grant cards. Members who needed support were also helped by a team from SANCA (the South African National Council on Alcoholism and Drug Dependance), while a private doctor helped them with treatment for their feet.

Rejoice Mchunu (61) from Chiawelo said: “This Senior Citizen health club has help me a lot since I became part of it. I have been exercising and learning how to live more healthily by becoming more active.”

Joyce Langa (90), also from Chiawelo, said she had been a grateful member of the club for four years, and was proud of the progress she had made.

“I feel younger and I am more active than many others, which is great for me. On the 12 November I turned 90 years old and these club members were celebrating with me. I am happy that, up to today, I can excercise to the best of my best ability and my age does not limit me,” she said.

Muthakhi is proud of what the club has achieved, and is a happy man. He said some members were using walking sticks when they joined, but had improved to a point where they no longer needed them.