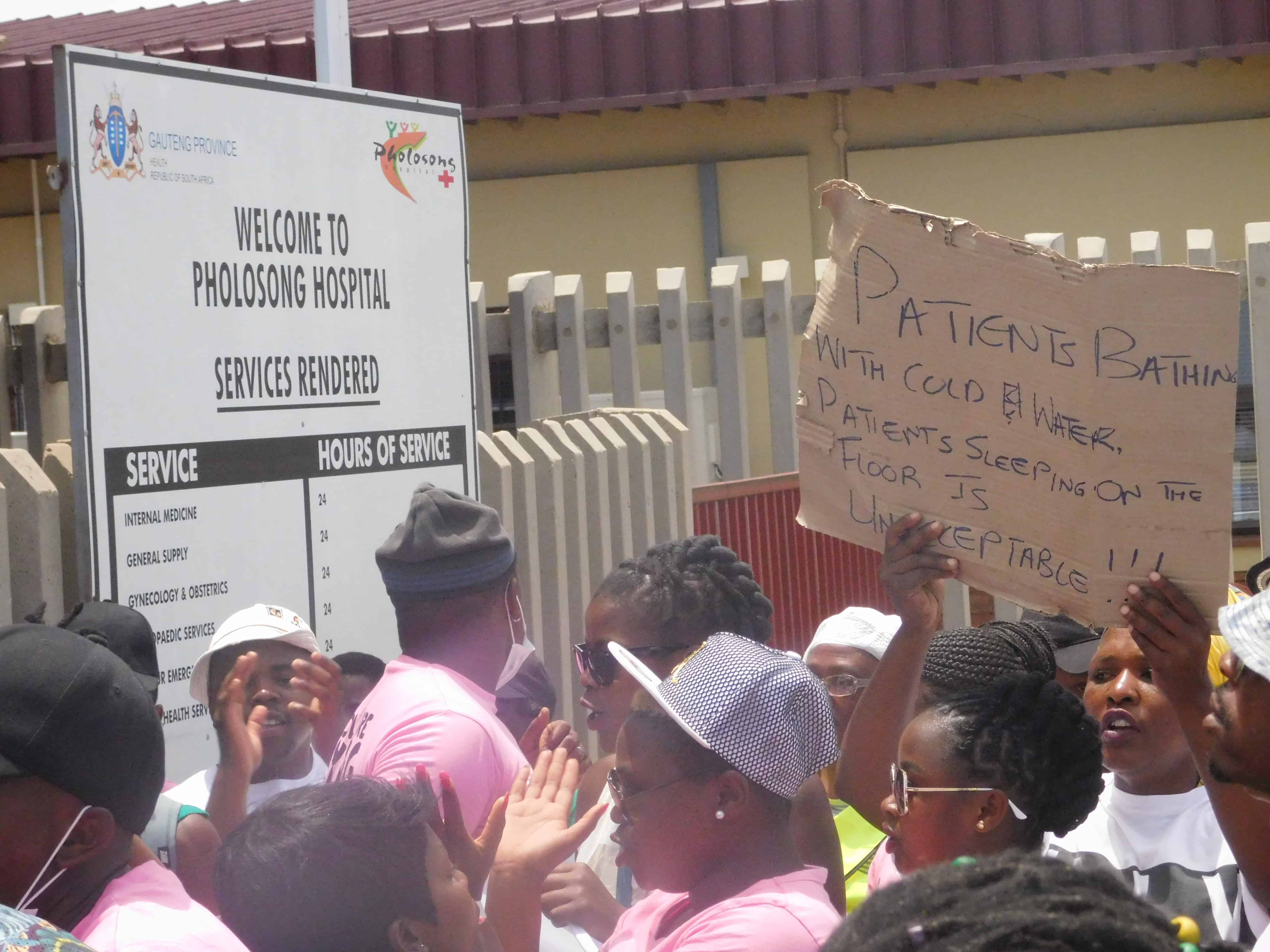 Members of Treatment Action Campaign (TAC) have joined together with the residents of Tsakane Township in Ekurhuleni to march on Pholosong Hospital to demand better conditions. 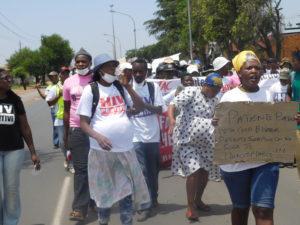 Tsakane residents and TAC members handed in a memorandum of grievances against the hospital, and asked hospital management and the Gauteng Health Department to respond before the end of the month.

The protest was against unacceptable conditions at Pholosong, including no running hot water, patients sleeping on the floor and others discharging themselves because conditions were unbearable.

According to the Women’s Representative for TAC in the area, Sibongile Khumalo, the organisation conducted a survey at the hospital in October and made some shocking discoveries.

“We visited different wards and found that there is overcrowding of patients; TB patients who are at the different stages of the disease are mixed and there is an acute shortage of staff. Patients are sleeping on the floor and in the passages as there are not enough beds and a shortage of linen. There is no hot running water, patients are bathing with cold water. In some instances we found patients discharging themselves due to poor treatment they get at the hospital,” she said.

“We also found there was no privacy. During consultations doctors would ask patients to undress where they could be seen by a lot of people. Sometimes when women came to terminate a pregnancy they were turned back or delayed. This resulted in them having an unwanted child in tough economic conditions.”

Khumalo alleged that R7.4 million budgeted to the provincial Health Department had gone back to national treasury because it went unused. For this, she said, Health MEC Qedani Mahlangu should resign.

“She should have taken that money to bolster resources and improve conditions of hospitals such as Pholosong,” Khumalo said.

One of the community members at the march, 52-year-old Esther Plaatjie said her mother died at the hospital earlier this year because she had been wrongly diagnosed and given the incorrect medication.

“We want better treatment from nurses and doctors. Also the hospital is very stuffy. There must be fresh air,” she said.

“There is a serious violation of patients’ rights happening at the hospital. Geysers are leaking and toilets are blocked. We want a hospital that treats patients with respect and dignity,” said TAC National Women’s Representative, Portia Serote.

There is a serious violation of patients’ rights happening at the hospital. Geysers are leaking and toilets are blocked. We want a hospital that treats patients with respect and dignity.

Accepting the memorandum on behalf of the Health Department, Thokozani Langa – Stakeholder Relations Officer in the office of MEC Qedani Mahlangu promised marchers their concerns will be addressed.

“We’ll sit down with all the relevant stakeholders and devise a plan which will address their grievances. Some of their concerns can be achieved immediately,” he said, declining to comment on allegations of R7.4 million that went back to Treasury. He said the department had done everything in its power to improve health care facilities but ‘there’ll always be challenges’.

“If they don’t respond, we will march again and our numbers will be tripled. We’ll keep putting on the pressure,” Khumalo said.