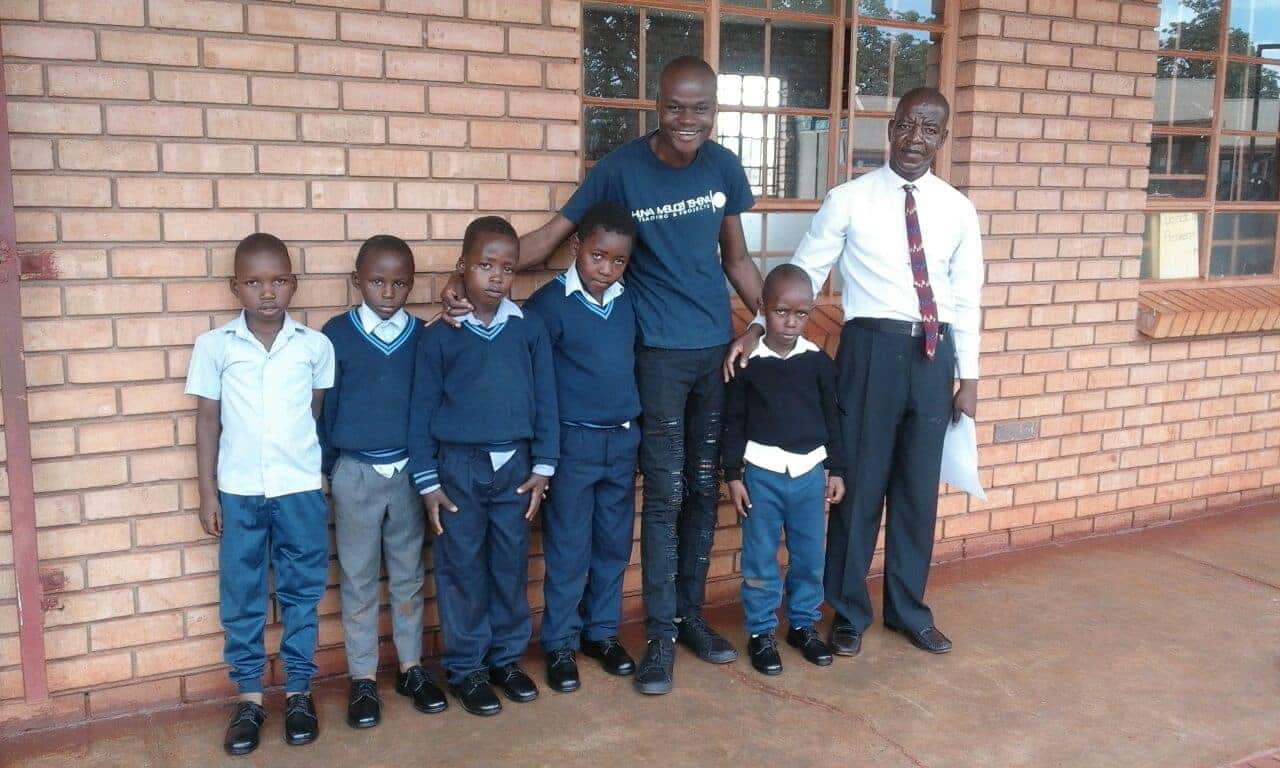 LIMPOPO-As the school year kicks off and many pupils from rural Limpopo go barefoot, one compassionate professional nurse has started a drive to donate shoes to those in need. 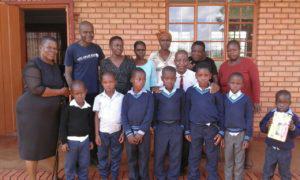 Phumudzo Themeli with some of the primary school pupils he donated school shoes to. (Credit: Ndivhuwo Mukwevho)

Phumudzo Themeli, who comes from a poor and disadvantaged family himself, has decided to do something for the impoverished children in the area around the hospital where he works.

“I know the pain of going to school bare-footed, it is not funny at all. Imagine winter time, having to walk over freezing cold ground in the early mornings, or when it rains. You have to go to school barefoot because you have no other choice,” said Themeli, who has taken it upon himself to change this situation for as many children as he can.

Themeli and his friends have started saving their own money and whatever they can collect from donations with the end goal of buying shoes for needy children within the Vhembe district.

“What I experienced as a child has prepared me to be a better person who understands the concept of giving to the needy. I am who I am today because of the handouts I received from other people when I was young. So it is now my turn to lend a helping hand,” he said.

Themeli has so far donated more than 20 pairs of brand new shoes to needy pupils at Ngwenani Primary and Tshikambe Primary schools, outside of Thohoyandou. The main aim of their campaign is to donate shoes to more than five schools within Vhembe by the end of next week. Besides being a nurse, Themeli is also a motivational speaker, who helps encourage young people.

Growing up in deep rural area of Tshikambe village, outside of Thohoyandou Themeli said he experienced poverty first-hand as his family was poor and unable to buy shoes for him.

“We are using our own money as we do not have sponsors. Up to so far we have been able to visit two primary schools, which we saw that they have so many pupils who come from poor family backgrounds,” he said. Each year many children in Vhembe miss school during winter and on rainy days because they don’t have shoes.

“The method we are using to identify the deserving children is that we first sit down with their teachers and some community members who help us to identify them. We will be running this campaign throughout the whole month of January as we want all our children to have school shoes,” he said.