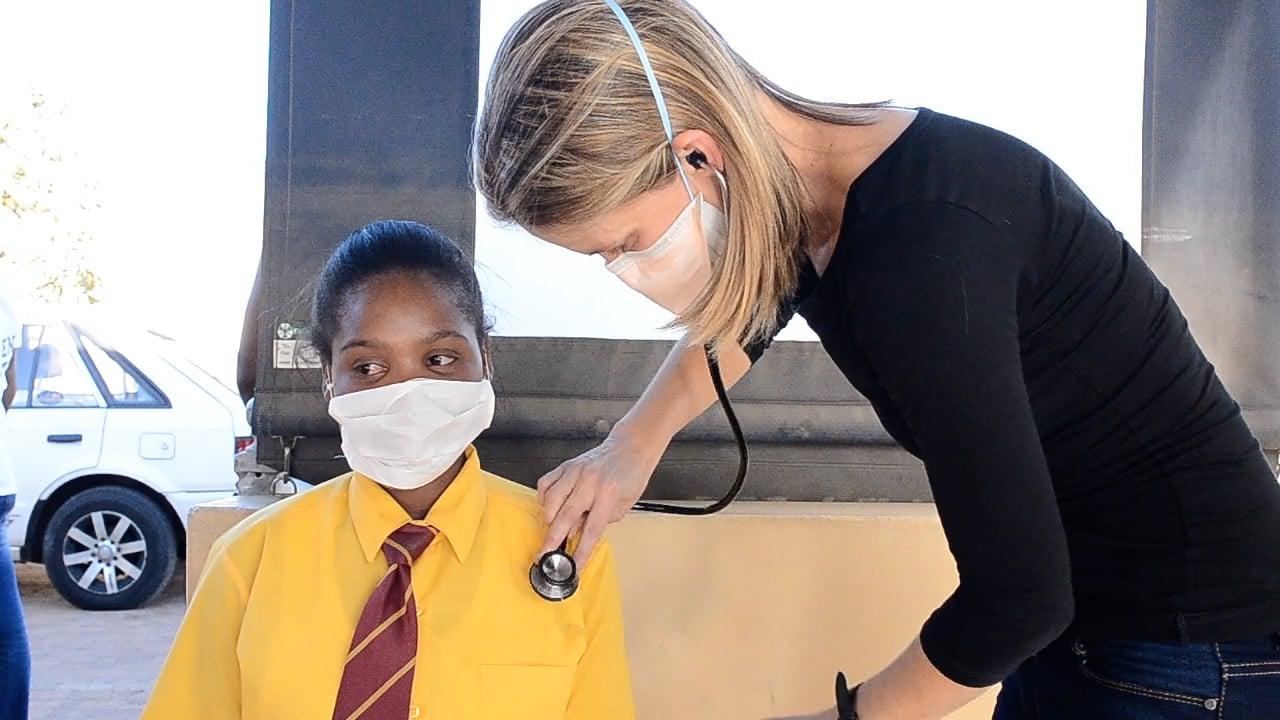 Teens with drug-resistant TB struggle to navigate years of treatment, school and the general pressures of adolescence.

When adolescence and TB meet 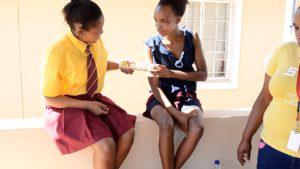 Sinethemba Kuse and Zanele Gura both have drug-resistant TB. But Kuse has access to a new drug, delamanid, significantly improving her chances of a successful cure.

Drug-resistant tuberculosis (TB) is a “devastating” diagnosis for anyone. But it is particularly difficult for teenagers – who have to navigate an often-hostile education system as well as the usual pressures of adolescence. Only a fraction of patients with resistant TB are cured – even with access to treatment. Sinethemba Kuse is a teenager from Khayelitsha who hasn’t lost hope, despite the challenges she’s faced, writes Health-e News’ Amy Green. Video and photos: Kim Harrisberg.

Seventeen-year-old Sinethemba Kuse smiles shyly at the girl sitting next to her – both perched on a ledge outside the Lizo Nobanda drug-resistant TB (DR-TB) facility in Khayelitsha in Cape Town.

Although it’s hours since school has closed for the day, Kuse still wears her yellow and maroon school uniform. She laughs at something her friend, 19-year-old Zanele Gura, says under her breath.

Although the two are not patients at the facility, managed by St Luke’s Hospice in partnership with the Western Cape Government, they have spent the last few hours there creating a mural for World TB Day – March 24.

MDR-TB treatment is gruelling: “[I]f a patient can tolerate this, there is no guarantee of a cure, with global figures showing cure rates of around 48 percent – in other words one in two people survive” – MSF

Gura has multi-drug resistant TB (MDR-TB) – a strain of the disease that is resistant to two of the most effective anti-TB drugs. Treatment for MDR-TB is gruelling – it takes approximately two years to complete, consists of daily painful injections for six months and tablets and the medicines have often-debilitating side-effects like deafness.

According to humanitarian organisation Doctors Without Borders (MSF), even “if a patient can tolerate this, there is no guarantee of a cure, with global figures showing cure rates of around 48 percent – in other words one in two people survive”.

The odds are worse for Kuse, who has extensively-drug resistant TB (XDR-TB) – a strain of the disease that is resistant to four of the most effective anti-TB drugs. Only around a quarter of people taking standard treatment for XDR-TB are cured.

Fortunately, Kuse is part of the self-proclaimed “lucky few” who has access to a new expensive anti-TB drug, delamanid. Otsuka, the Japanese pharmaceutical company that manufactures it, has partnered with MSF in a small access programme for some South African XDR-TB patients who are approved on a case-by-case basis.

In 2015, 20 000 people in the country were diagnosed with some form of DR-TB but only a fraction have access to delamanid and the other two new and re-purposed drugs on the market that are effective against DR-TB, namely bedaquline and linezolid.

By June 2016, only 363 patients world-wide had started treatment that including delamanid.

South Africa, one of the countries worst affected by DR-TB, is responsible for a large percentage of these patients. By October last year, 52 DR-TB patients in Khayelitsha were using the drug as part of the MSF compassionate access programme at a cost of US$1700 (R23,600) per six-month treatment course. 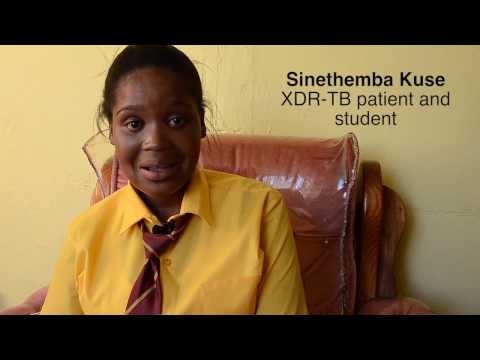 Kuse says her doctor explained that delamanid “save lives”. “I’m one of the luckiest people in Khayelitsha to have found that pill.”

She has come a long way since being diagnosed: Kuse is now feeling healthy again and has completed 14 months of treatment. She is no longer infectious and will complete the treatment before the end of 2017.

But it hasn’t been an easy journey. The teenager missed out on a full year of school due to the illness and was almost denied admittance to a local high school close to the house which she shares with her grandmother, aunt and grandfather.

Kuse’s grandmother Vuyisiwa Madubela says the school refused to admit Kuse because, at 17, she was “too old”.

“We were both crying… I didn’t have any hope,” says Madubela.

But after involving MSF DR-TB counsellors – who work in the community – the school’s management changed its mind and now Sinethemba is well into her Grade 10 year.

Adolescents with DR-TB do “poorly” on treatment for a number of reasons, including the pressures of school attendance, according to a 2015 study of adolescent DR-TB patients in Cape Town, published in the Pediatric Infectious Disease Journal.

From 2008 to 2013, 71 patients between the ages of 10 and 19 years were diagnosed with DR-TB in Cape Town and were included in the study. Only 36 percent successfully completed treatment, two refused treatment and almost half (43 percent) dropped out.

“In this population this can be attributed to a myriad of reasons including the physical and emotional changes, and the pressures associated with life during this period,” notes the study.

“Adolescents have to content with peer pressure, competing demands for time (school attendance, work and social activities), have to navigate relationships with parents, peers and partners, may have genuine difficulties understanding complex treatment, or may believe they do not need treatment.” 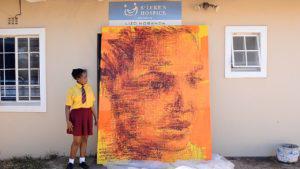 MSF’s Dr Anja Reuter says this is why it is particularly important adolescents get access to delamanid, which can replace the toxic and painful injectable drugs “and make treatment a little bit easier”.

“TB is very under-reported in adolescents and children and so one of the things we would really encourage is the full finalisation and implementation of the integrated school health policy on HIV, TB and STIs – and that calls for yearly [TB] screening of children,” says Reuter. “That could really help diagnose and screen and get children on treatment quicker.”

Currently children under the age of five who have been in direct contact with someone with drug-resistant TB are offered preventative treatment.

She says MSF is advocating for all children, regardless of age, to be offered this prophylaxis.

“TB is one of the biggest killers we see in kids and being diagnosed with TB can lead to a lot of stigma. Often children will need to stay away from school when they are infectious and so that can lead to alienation from peers,” says Reuters.

While Kuse is preparing for her end of term exams, Gura is not so lucky. She has completed her Grade 9 but is not currently enrolled in school because of the gruelling treatment she has been taking for the last 18 months.

“It’s terrible. Sometimes you feel dizzy, sometimes nauseous – it’s so painful,” she says, retying the maroon school jersey around her waist that Kuse leant her earlier in the day.

Kuse is honest about how tough the past year and a half has been.“It’s not a good experience,” she says, sitting on the couch in her Khayelitsha home.

According to MSF, each year, 7000 people in South Africa with DR-TB could benefit from taking delamanid, but don’t due to its high price and lack of registration for widespread use.

A tear rolls down Kuse’s right cheek but she brushes it away, eager to give advice to other teenagers diagnosed with DR-TB: “You just say, no, … and learn to accept it because you want to live. I also want to live and have a better future. So I would say you must take your pills and don’t forget a day – take them. ‘Cause you might never get a chance to take them again. This is a once-in-a-lifetime chance.”