KWA-ZULU NATAL – The unaffordable cost of traveling to her local clinic almost 20km away led to a 59-year-old woman defaulting on her medication and ultimately dying. 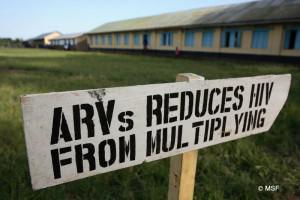 Bawinile Mbatha, who lived and worked in the forest plantations of Babanango, grew sicker and sicker after she stopped taking the ARV medication she needed as an HIV positive patient. Her family was unable to afford the transport costs to take her to the nearest clinic, more than 18km away, so she continued to get worse.

Last December the mother of three died at home.

Her son Mboneni Mbatha (32) said that as sick as his mother was, she used to walk all the way to Ntinini clinic for medical attention. He believes their lives would have been very different if there had been a community health worker on the farm they live on with about eight other families.

“People no longer get sick to a point that they die because HIV/AIDS. People are saved by the ARV medication. It’s sad that our mother passed on because we could not afford to hire transport to take the clinic.”

People are saved by the ARV medication. It’s sad that our mother passed on because we could not afford to hire transport to take the clinic.

Mboneni has a seasonal job and gets paid R50 a day. He cannot afford to move the family to Nquthu, where they would have easier access to medical help should they need it.

“It was very sad to lose our mother. And it is hard knowing that if the circumstances were different she would be alive today,” Mboneni said.

*Dumisile Gasa, who lives in the same area, just started ARVs and is beginning to get her strength back. She found out that she was HIV-positive six months ago after having a bad cough for a very long time.

“I am HIV-positive and also have TB. Education is very important. If my boyfriend and I were educated our situation would be very different,” she said.

Gasa said a lot of men did not like using condoms even though they knew that sleeping with multiple partners posed a health risk.

“I can’t turn back time now. But others out there can avoid going through what I am going through. Women must refuse to have sex without a condom so that we can save our lives,” she said.

The 29-year-old is also frustrated by the distance to the nearest clinic. Had it not been for her relatives in the Ndindindi area around Nquthu she could have died.  She said they would send transport to take her to CJM Hospital or Gateway Clinic to get her medication, and to buy food. Gasa says her boyfriend is sick but refuses to get tested.

Zandile Buthelezi, who runs the Nquthu AIDS Committee – an NGO that helps with caring who are living AIDS, says they do all they can to make a difference. This includes providing meals for those who can walk into their centre in Nquthu.

“Unfortunately we don’t have enough resources to help everyone. Babanango is very far – about 55 km from where we are. We would need to be paid a lot of extra money to work out there. It is the sad truth that there are people still dying because of HIV/AIDS, even though we bend backward to help people.”

Buthelezi says they have a light delivery van that they sometimes use to help those who can’t walk as far as they need to in order to get help. She said the end of a funding contract the NGO had with Isibindi had made things even harder.

“Working in rural areas is not easy at all,” Buthelezi said.