Home » Medical aids and the high cost of psychiatric meds

Many people suffering from depression and anxiety rely on expensive medication, but they are often not covered by medical aid. 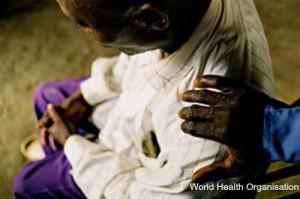 When 29-year-old Nsovo Mthombeni stopped taking his medication for depression and anxiety a few weeks ago, he had a series of anxiety attacks and had to be hospitalised.

“After having a panic attack at work I had to spend three days in a psychiatric hospital to be stabilised,” he told Health-e News from his home in Soweto, outside of Johannesburg.

Mthombeni was diagnosed with depression and anxiety a few months ago. A psychiatrist prescribed a cocktail of medications which has helped him cope, but he has found paying the monthly drug bill increasingly difficult.

“It costs about R1 500 every month just to fill the prescription. I have had to change the way I spend money to make sure I save every month so I can afford to buy my medication,” he said.

According to Mthombeni, his psychiatrist has on two occasions applied for his medical aid to cover at least part of his chronic medication. But both times it was rejected. His medical scheme told him he would have to move to a higher plan to get this benefit.

“I already pay R1 200 for medical aid each month, I can’t pay more. It’s really sad because it’s not as if I have even used my medical aid every year.”

According to clinical psychologist, Allan Sweidan, Mthombeni would have had better luck with his medical aid if he had bipolar mood disorder or schizophrenia – the only two chronic mental health conditions classified under the prescribed minimum benefits (PMBs).

PMBs, a feature of the Medical Schemes Act, are a set of defined benefits every medical scheme is required to cover regardless of the plan a patient is on. These include any emergency medical condition, 25 chronic conditions (including bipolar disorder and schizophrenia) and a limited set of 270 medical conditions.

While depression is covered under the list of 270 medical conditions, schemes are only required to fund in-hospital treatment for up to three weeks or up to 15 outpatient therapy sessions a year. Anxiety disorders do not feature on the list at all.

While the PMB list is helpful for private patients whose illnesses are covered by it, those with other conditions have little recourse. The list has also not been revised in over 20 years.

“I think one of the biggest problems is a lack of knowledge on the consumer side about what specific medical aids and plans are willing to fund,” said Sweidan who is the managing director for Akeso Clinics, which run a number of private specialised psychiatric hospitals around the country. “I think medical schemes make an effort but they could do more to educate their clients.”

He said the PMB list should be revised because patients like Mthombeni, who could be managed as out-patients, are hospitalised when they can no longer afford their chronic medications. Medical schemes are then required to cover such hospitalisations which can be costly.

“His case is terribly unfortunate and it adds a lot of cost and inconvenience [to be hospitalised].”

For Mthombeni, who has experienced the result of stopping his medication, forgoing his prescribed drugs is not an option.

“I have to make sure I can afford them because if I don’t my illness comes back so strongly and makes my life unmanageable.”

1. Q: How many times a year can someone be admitted for psychological treatment?

A: The Medical Schemes Act has set limits based on days in hospital, and not number of admissions. For example, depression allows for 21 days in hospital. This can be split up in several different ways, although the medical scheme may require motivations for authorisations if there are many short admissions over a short period of time.

2. Q: Can medical schemes refuse hospital treatment for a main member or dependent?

A: There are certain times when a medical scheme can refuse admission of a member or dependant. For example, if they are behind on premiums or if they are in the waiting/cooling-off period. They can also refuse admission if the mental illness is not a PMB condition, or another specific condition which is also covered by the medical aid.

3. Q: If a person has used up their three weeks of in-patient treatment or 15 sessions of therapy a year for depression is there a way to get medical schemes to fund more?

A: It is possible, but would require a firm motivation from your treating psychiatrist or psychologist. Each scheme has a different process, so it is best to enquire directly with them. – Health-e News.

An edited version of this story was first published on Health24.com