16th May 2017 | Ndivhuwo Mukwevho
Despite two boreholes drilled almost two years ago to help ease the water shortages in Makwarela, Limpopo, the residents have never seen water coming out of their taps. (File Photo)

For months the people have had no option but to use filthy water from a local river, or use what little money they have to buy the most precious of all commodities: water clean enough to drink.

Waterval Village near Elim Hospital has gone for several months without a municipal water supply of any kind. Their cries for help have fallen on deaf ears, and their protests have been met with false promises that the situation will soon be rectified.

The nearby village of Mpheni is also water stricken, with their water supply kicking in once every three weeks or so. And when it does, residents say the water that comes out of their taps is dirty.

“In this area, it is the survival of the fittest when it comes to water supply. If you do not have a borehole on your property or a bakkie to fetch water from other villages you will remain thirsty and end up relying on the dirty water from the river,” said Sylvester Mulaudzi, a local resident of Waterval.

Earlier this year after Health-e News reported on the struggles of Waterval people the Vhembe District Municipality promised to address the situation. They undertook to fix all the broken boreholes within the area. But these promises have not been kept. Months have passed and nothing has been done.

“Funerals are another big struggle. You cannot arrange a funeral without water. We are being forced to hire bakkies to go and fetch water from other villages or buy from those who have boreholes in their homes, and mind you, a single bucket of water costs R3. That is too much, especially for those who are not employed,” said Mulaudzi.

Local residents say they cannot remember when last they saw water coming out of the taps in their homes.

“We have done everything within our power to address the situation with both the Makhado Municipality and the Vhembe District. But it seems like our pleas always fall on deaf ears. We are tired of being treated like second class citizens when it comes to water supply. I fail to understand why other villages have water, but when it comes to us it’s a struggle,” Mulaudzi added.

Vhembe is one of the districts in Limpopo currently facing massive water supply challenges. It was originally thought that the completion of the multi-million rand Nandoni Dam would see an end to the water problems, but that has not been the case. Instead, the dam has become little more than a tourist attraction and a picnic site.

In Mpheni village the water supply is intermittent. People believe that the water they get on odd occasions is dirty because it has to pass through pipes and taps that stand useless for weeks.

“When we get water, the first few buckets full will be dirty. It worries us, because we are not sure what might be the cause. So those first buckets are used for washing as we cannot trust it enough for drinking,” explained Mashudu Mulaudzi, a local resident of Mpheni. The Mpheni residents get their water supply from a local borehole.

Vhembe District Municipality spokesperson Matodzi Ralushai said that they were experiencing technical challenges with regard to the repairing of the broken boreholes which are responsible for supplying water to the area.

“We are working on a number of projects to make sure that water is available to all our people, and this includes fixing boreholes within the area. But I will investigate on how far we are with the process of repairing broken boreholes,” said Ralushai.

He said he could also not explain why water supplied to Mpheni was dirty, and said this too would need to be investigated. 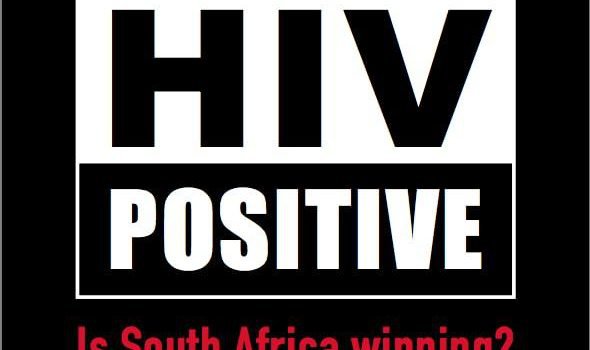 Studies find there are links between the rising levels of hunger and violence in South Africa.

More than a million South Africans are born into the world each year and a new report released today shows that the inequity they are born into begins to shape them from a young age.