Sbongeleni Myeni (25) from Jozini, north of KwaZulu Natal, is thrilled by the prospect of being able to proudly wear a wrist watch after a painful ganglion cyst that has bothered him for nine years has finally been removed.

Myeni first noticed the cyst when a lump started growing on his wrist in 2008. It grew bigger and began causing him pain, and over the years he tried unsuccessfully to get help at one government health facility after another.

Ganglion cysts are generally harmless growths that develops out of a joint like a balloon on a stalk – usually on the hand, wrist or finger. They are generally painless, but sometimes grow to a point where they put pressure on nerves, causing pain and weakness.

“My ganglion was painful, especially when it rains. The pain would increase when I’m typing on a computer or when I’m writing, and it used to get worse during winter. That is why I needed it to be operated on, because it affected my life,” said Myeni.

Miyeni had once had his cyst drained at Bethesda Hospital in Obanjeni back in 2009. But as years passed, it grew back even bigger than before.

“I then went back to Bethesda Hospital and they referred me to Ngwelezane Hospital where I was booked for an operation. But when I came at Ngwelezane on the day – I was booked for 4 November 2015 – they sent me back home and said the hospital was busy with emergencies only, as it was towards the end of the year. I did understand and went back home,” explained Myeni.

He was rebooked for 26 November that year, but again he was turned away because the hospital was full.

I remember it was raining on that day and this lump was so sore. I was very disappointed. I was booked for the third time on 9 February 2016, but they said I will be called when the time is right – but no one ever called me.

“I was told that my situation was not critical. I remember it was raining on that day and this lump was so sore. I was very disappointed. I was booked for the third time on 9 February 2016, but they said I will be called when the time is right – but no one ever called me,” Miyeni said, explaining how he started losing hope.

Earlier this year Miyeni contacted Health-e News with his story. Requests for information on what was happening with Miyeni’s case prompted health officials to follow up on the matter.

“As this was marked an elective operation, the hospital was indeed supposed to have contacted the patient to provide him with a new date for his surgery. But due to miscommunication, which the hospital regrets, this did not happen. However, the department and the hospital will contact Sbongeleni to request him to report to the hospital for his oparation,” Mkhwanazi said.

Within days Miyeni was called in to the hospital and underwent surgery earlier this month. The cyst, that had been worrying him for almost 10 years, was finally removed.

“I am so glad this happened. Now I don’t have to worry about winter coming or that I have to write exams. My dream has come true,” Miyeni said.

Zwane said Miyeni would now only have to return to the hospital for check-ups.

Health-e is proud to announce that we have been awarded two prestigious journalism grants in the past week. 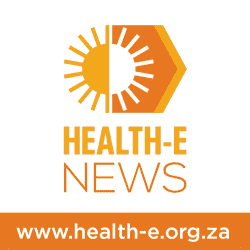