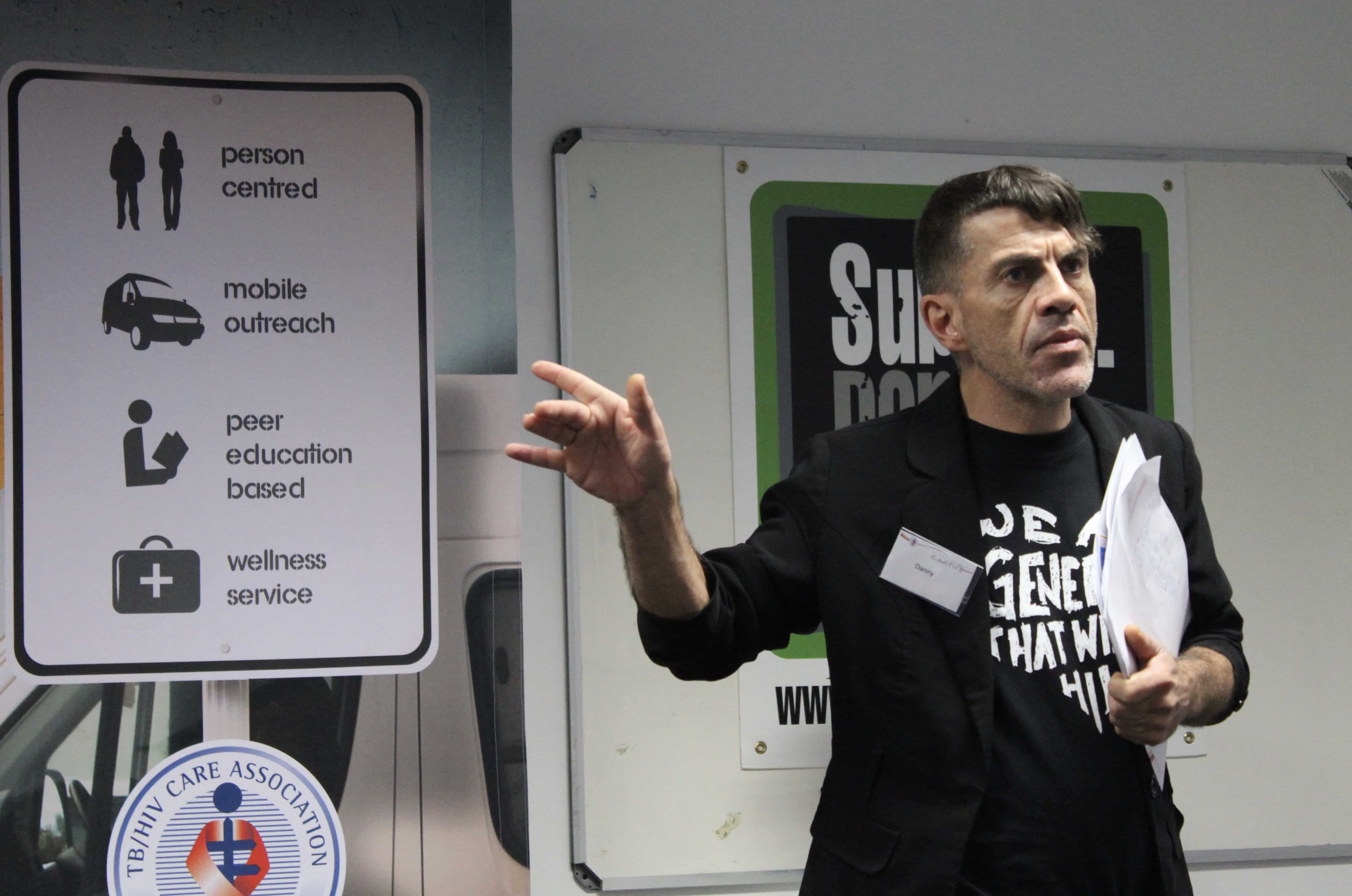 Government has been advised not to decriminalise sex work in the very week that a special clinic for sex workers and drug users was opened in Cape Town. 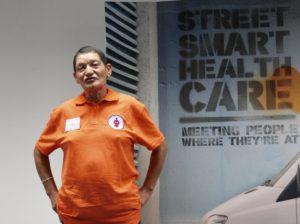 Charlene, who turned to sex work when she had to leave the orphanage where she lived when she turned 18.

Charlene was eight when her mother died. She ended up in an orphanage called ‘Ons Plek’ but had to leave once she turned 18.

“I had nowhere to go. I didn’t know about living on the street. A friend told me that she knew how to make a quick buck. ‘A quick buck,’ I thought. ‘OK. I know nothing about that.’ So I went with her. That was how it started. I started to sell myself on the street because I had nothing.”

Charlene speaks quietly, her eyes downcast, a series of crescent-shaped wrinkles rippling across her brow: “You can get someone who hits you, treats you bad. There are rainy days. It’s cold.”

A decade ago, Charlene plucked up the courage to go to Greenpoint Clinic because she had a sexually transmitted infection (STI) and the nurse spoke to her about HIV. She tested, was negative but her interest was piqued. Later, she met outreach workers from the TB/HIV Care Association. Today, the slight, crop-haired woman is a peer educator for the association, and an ambassador for Cape Town’s first clinic aimed at protecting sex workers and people who use drugs from HIV.

Ironically, the clinic was officially opened last week, a day before the SA Law Reform Commission (SALRC) released its report into sex work, almost 20 years in the making, which recommended that sex work should remain a criminal offence.

This finding, contrary to international opinion including that of the World Health Organisation (WHO) and the Joint United Nations Programme on HIV/AIDS (UNAIDS), has incensed local organisations dedicated to eradicating HIV. 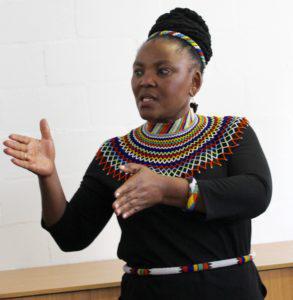 Some years back, HIV experts recognised that the virus was being kept alive in hard-to-reach corners of society; amongst the so-called “key populations” – sex workers, injecting drug-users, men who have sex with men.

“The evidence for consensual adult sex work to be decriminalised has become increasingly convincing. Mathematical modelling and current evidence indicates that if sex work was decriminalised, 33-46 percent of HIV infections could be averted among female sex workers and clients within a decade, opening the door to more effective preventative strategies.”

Close to 90 percent of sex workers along the N3 highway are HIV positive while the HIV prevalence rate of sex workers in Cape Town, Durban and Johannesburg ranges from 40-70 percent, according to recent research.

The TB/HIV Care Association, headed by Dr Harry Hausler, is renowned for helping people who slip through the cracks of mainstream society. Their Cape Town clinic is the culmination of years of outreach work, involving mobile vans and slowly winning the trust of those regarded as pariahs.

“When you live on the street, people treat you like nothing and you think you are nothing,” said Danny*, a client of the new clinic.“Here, people treat us properly. There are clothes and shoes, computers for writing your CV. You can sit and just compose yourself. There are hot showers. There is HIV care, ARVs, treatment for Hepatitis. We are in good hands. They are saving people like me.”

[quote float = right]They wouldn’t have the guts to go to the clinic. But here there is no judgment.”

Danny said people came to the clinic with big sores on their arms from using dirty needles: “They wouldn’t have the guts to go to the clinic. But here there is no judgment. When I tell people about this clinic, they think I am on another kind of drugs.”

The clinic is in an unmarked building with no advertising and the association asks journalists not to give out the address to protect patients. One of the options offered to clients to protect them from HIV antiretroviral medication as pre-exposure prophylaxis (PrEP). PrEP involves HIV negative people taking ARVs daily, which can be as effective as condoms at preventing HIV transmission – but only if the pills are taken every single day.

Helen Savva, a public health expert from the US Centres for Disease Control, says HIV eradication in key populations involves “targeted interventions, as what works for the general public does not work for key populations”.

“But PrEP alone won’t prevent HIV. It is a part of a combination prevention,” adds Savva, warning that after a month of taking PrEP, about 60 percent of people quit for various reasons.

The national Department of Health’s Hasina Subedar also stresses that PrEP cannot be offered as a stand-alone intervention: “Choice is important. You have to decision what works for you; if condoms work better or of you can take a tablet every day because we can’t stand there and make you swallow a pill every day”.

[quote float = right]In Africa, we mostly use the moral high ground to discriminate against people as sexual beings.

Clearly, for health workers who are trying to protect sex workers from HIV, it would be far easier if they were not obliged to hide themselves away because their livelihoods are criminalised.

Western Cape Health MEC Nomafrench Mbombo, who opened the clinic, asked: “Why should people who are selling their bodies to make a living be punished? Why should they get infected with HIV?

“In Africa, we mostly use the moral high ground to discriminate against people as sexual beings. In Africa, the LGBTI community is jailed and executed, denied being themselves.

“South Africa has a lovely Constitution which guarantees the right to dignity and non-discrimination, but why do we discriminate against sex workers? Why do we judge someone else?”

However, the SALRC appears to have opted to side with the religious groups that gave it submissions. In their report presented to Deputy Justice Minister John Jeffrey on Friday, they recommend that government retains “a totally criminalised legal framework…  coupled with an opportunity for people in prostitution to divert out of the criminal justice system so that they can access supportive resources and systems in order to exit prostitution if they should choose to do so”. 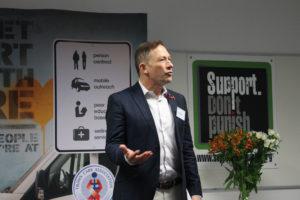 The SALRC’s Plan B is “the partial criminalisation of adult prostitution”, in which “all role-players engaged in prostitution with the exception of the person providing the sexual service” are criminalised.

The commission recommends that the Sexual Offences Act should be amended to include “provisions criminalising soliciting; the commission of sexual acts in a public place and the making available of sexual services by persons 18 years or older”.

Sonke Gender Justice’s Marelise Richter appealed to the Justice Ministry to reject the SALRC findings: “Criminalisation of sex work has been shown to drive sex workers underground and away from services, increase stigma and create obstacles to accessing programmes; and reduce sex workers’ power, rendering them vulnerable to violence, human rights violations and corruption.”

Meanwhile, the Sex Workers Education and Advocacy Taskforce (SWEAT) said that “the timing of the release is a smoke screen or PR stunt on the part of the Department of Justice who are scrambling to defend themselves in light of the reports of increased intimate femicide and violence against women.

In the meantime, people like Charlene and Danny will continue to be vulnerable to from HIV, violent clients, corrupt police and a mainstream society that prefers to judges them rather than find a way to live with them.

* Charlene and Danny did not want to use their surnames but consented to having their photographs taken.