A man, alleged to have shot dead two siblings in Alexandra will appear before the Alexandra Magistrate’s Court today to face charges relating to the double murder that shocked the township.

Lucky Tebogo Padi, who went on the run for more than a week, handed himself over to the police on Sunday evening. His first court appearance on Tuesday last week was postponed to August 1 for further investigation and in order for him to obtain legal representation.

The court gallery was packed with family, friends and angry community members who demanded that he not be granted bail.

Padi is alleged to have murdered Tumi and Tshepo Sefolo of Alexandra, shooting them during a heated domestic argument.

Still grieving, the victims‘ distraught father, Charles Mokone said he wanted the law take its cause.

“I’m leaving everything in the hands of God and the law. I’m not a judge and I can’t have grudges. What I need to do now is to focus on raising my grandchildren who now will grow without their father and the mother,” he said, referring to the children of Tumi and Tshepo.

Tshepo was killed while trying to protect his sister and her two children. Tshepo was 24 and Tumi was 23 years old.

“Tshepo and Tumi were very close to me. They were like my best friends. I can’t describe my emptiness without them,” said Matshidiso Sefolo, their elder sister, explaining that the murders happened in front of children, who are now receiving counselling.

It was hard for Tumi to leave the relationship. Every time she tried he would threaten her. But on Sunday she couldn’t take it anymore.

Matshidiso said Tumi had been in a relationship with Padi for seven years, and they had two children.

“It was hard for Tumi to leave the relationship. Every time she tried he would threaten her. But on Sunday she couldn’t take it anymore,” the devastated sister said, explaining how Tumi’s attempt to walk out had triggered the violent response.

Police Minister Fikile Mbalula visited the family to convey his condolences. He advised women to work hard to empower themselves and not to depend on abusive partners. He also appealed to victims to not withdraw cases of domestic violence.

His sentiments were echoed by MEC of Community Safety, Sizakele Nkosi Malobane at the funeral last weekend.

South Africans will start paying tax on sugary drinks from 1 April 2018, according to an Act gazetted yesterday. 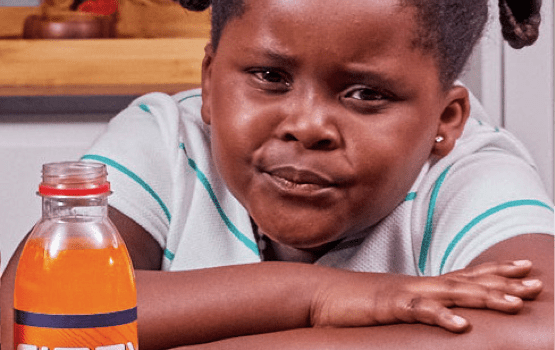 MPUMALANGA – While thousands of women marching across the country against gender-based violence #TotalShutdown #NoMore, one family mourned the death of their 13-year-old daughter.