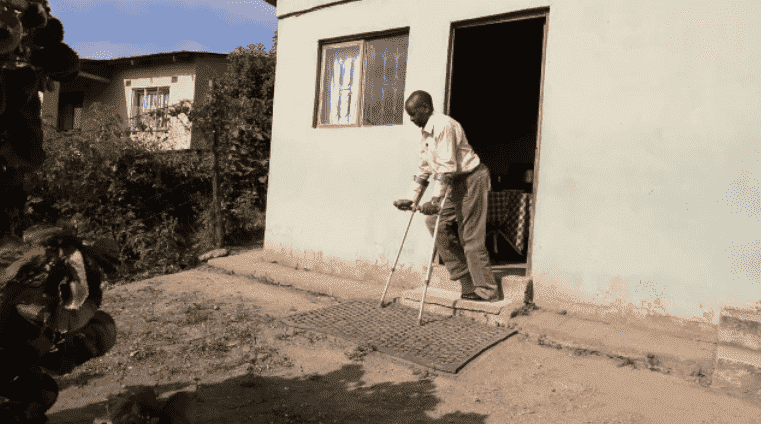 Goodman Gwala had dreams of playing professional football but now he struggles to walk after his left toes were amputated. The cause? Diabetes. 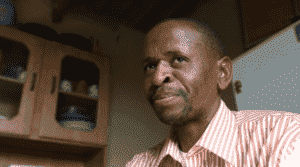 Goodman Gwala lost the toes on his one foot due to complications of diabetes. (Photo: Aletta Harrison)

“It was last year 2016 when I feel that it was itching there. I went to the doctor… [who] told me ‘Goodman, your toes are rotten’. I was feeling scared to cut my toes… I saw it would be difficult for me to walk, to go anywhere like now I don’t do shopping. I’m always sitting here watching TV,” the 51-year-old told Health-e News.

But Gwala, who was diagnosed with diabetes 11 years ago, is not a rare case. His story is part of a growing surge in diabetes cases in the country, with public health facilities reporting that they see 10,000 new diabetes cases every month in clinics.

There are now more than two million South Africans with diabetes – a condition that can result in damage to the nerves, which can lead to amputations and blindness.

According to Statistics South Africa, the disease emerged as the second leading cause of death in the country after tuberculosis. It is the biggest killer of South African women, who tend to be more overweight than men and less likely to exercise.

“The two main drivers for this rise in the numbers of diabetes patients is firstly obesity and the other driver is actually the ageing population,” said Dr Magna Conradie, a diabetes expert based at Tygerberg Hospital in Cape Town.

She said causes of our obesity epidemic are directly related to eating too much and exercising too little. The “culprits” are refined sugars found in fast foods and sugary cold drinks that more South Africans are consuming more regularly. 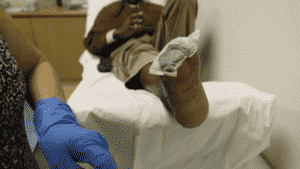 Goodman Gwala at one of his regular check-ups after the toe-amputation. (Photo: Aletta Harrison)

Diabetes is a condition that requires life-long and often expensive treatment. It also needs constant monitoring and a change in lifestyle.

Many diabetics, like Gwala, only find out about their diagnosis when irreversible damage has been done.

Gwala admits that he was overweight during the days where he worked as a baker and indulged his love of sugary doughnuts.  This could have contributed to developing diabetes. He now survives on a monthly disability grant from the government. He said: “My life is difficult now, not like before.”

Find out more about how Gwala is coping with his diagnosis, watch The Silent Killer documentary that will premiere on eTV’s Checkpoint at 9:30pm on Tuesday 15 August. – Health-e News.