Home » No SANAC board for Criselda

Controversial talk show host Criselda Kananda-Dudumashe will not serve on the board of the South African National Aids Council (SANAC), after she declined her nomination. 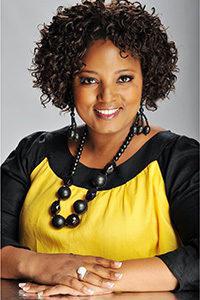 The nomination process is not public so it is unclear who nominated Dudumashe, who was a vehement opponent of antiretroviral medicine during the Mbeki presidency.

The Treatment Action Campaign (TAC) and the Democratic Alliance (DA) both raised objections to rumours that she was about to be appointed to the body, which co-ordinates the country’s response to HIV.

This follows her defence of former deputy minister of higher education Mduduzi Manana, who was recently caught on camera hitting a young woman twice on the head while his henchmen held her down.

She also allegedly made disparaging remarks about transgender people at a recent event at the University of Venda, reportedly saying that anyone “with a dick between his legs is a man”.

“I accept the criticism and recognise that my statements have caused harm for which I am deeply sorry. I have noted objections by organisations like the Treatment Action Campaign to my nomination to serve in the board of the SA National Aids Trust (Sanat). These objections are based on my regrettable statements that I believe will constitute conflict of interest if I serve on Sanat,” Dudumashe said in a statement yesterday.

“As a public advocate to campaigns for the rights of people living with HIV and believing in the significant gains made by the multi-sectorial approach for the fight against the AIDS epidemic, I have taken the decision to decline nomination to serve in Sanat,” she said.

“Hopefully, this decision will remove all the controversy surrounding my nomination and allow Sanat to get on with the work it meant to do. I will work to regain public trust and reassure my employer [the SABC] that courses are noble and at no stage will I use the platforms I am afforded to make statements that are polarizing.”

Dudumashe is known to be close to Dr Ramneek Ahluwalia, CEO of the Higher Education and Training HIV/AIDS Programme (HEAIDS), who is an influential member of SANAC. HEAIDS had employed her to give motivational talks to students across the country. – Health-e News