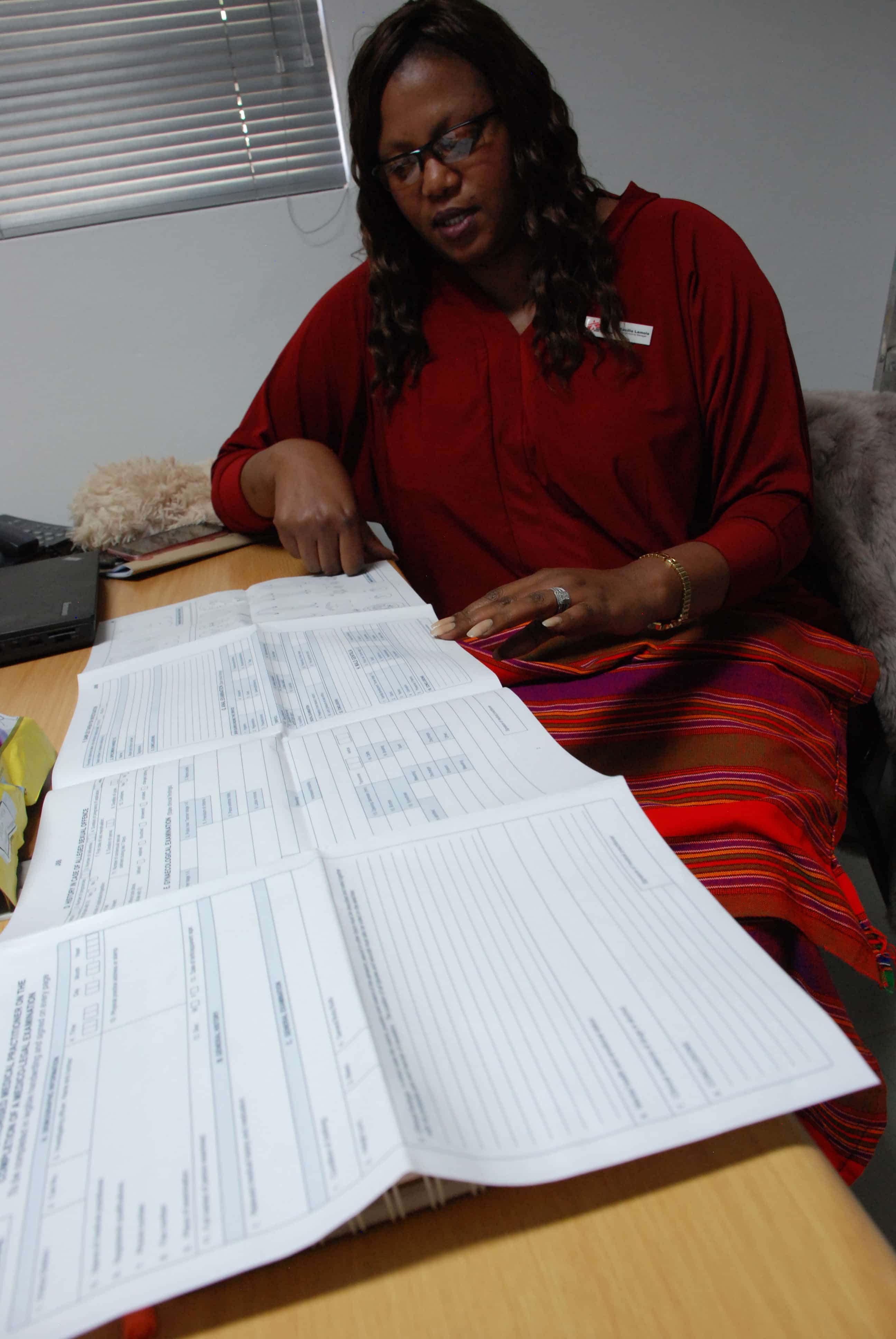 This form should never exist. It’s the form that is used to document child rape.

The foiled-lined plastic package should never exist. It’s slightly larger than an A4 sheet of paper, it bulges in the middle. It’s yellow in colour with drawings of cartoon animals and a helix on it. The animals aren’t drawn smiling though, because this is a rape test kit for a child.

For adults the rape test kit is called a “D1” and apart from the outside packaging, that is pink and purple, it is essentially identical to the one for a child.

Rape test kits are kept by police and delivered on request to rape care centres. They are only opened by someone with authority like a forensic nurse. Inside the kit there are a number of individually sealed small cardboard boxes and thick plastic evidence collection bags. There’s also a form that unfolds into several joined pages. Each box, bag and the forms are barcoded and correspond to a barcode on the outside of the bag.

Swabs that look like ear buds on extra-long stalks are rolled over areas where there may be bodily fluids to collect. Once saturated, the swabs are placed into one of the cardboard boxes, marked and sealed. The boxes can also be used for things like hair or nail clippings. Clothing is also collected in plastic bags that include silica sachets to prevent the deterioration of any organic matter that may be present on the clothes.

The forms include anatomical drawing for graphic notation and both the nurse and patient sign the documents before they are also marked with barcoded sticker and replaced into a marked and sealed plastic bag.

This collection bag is returned to police who are then responsible for transporting the evidence safely and timeously to the South African Police Services forensic laboratory for processing and analysis. – Health-e News.

An edited version of this story was published by Health24