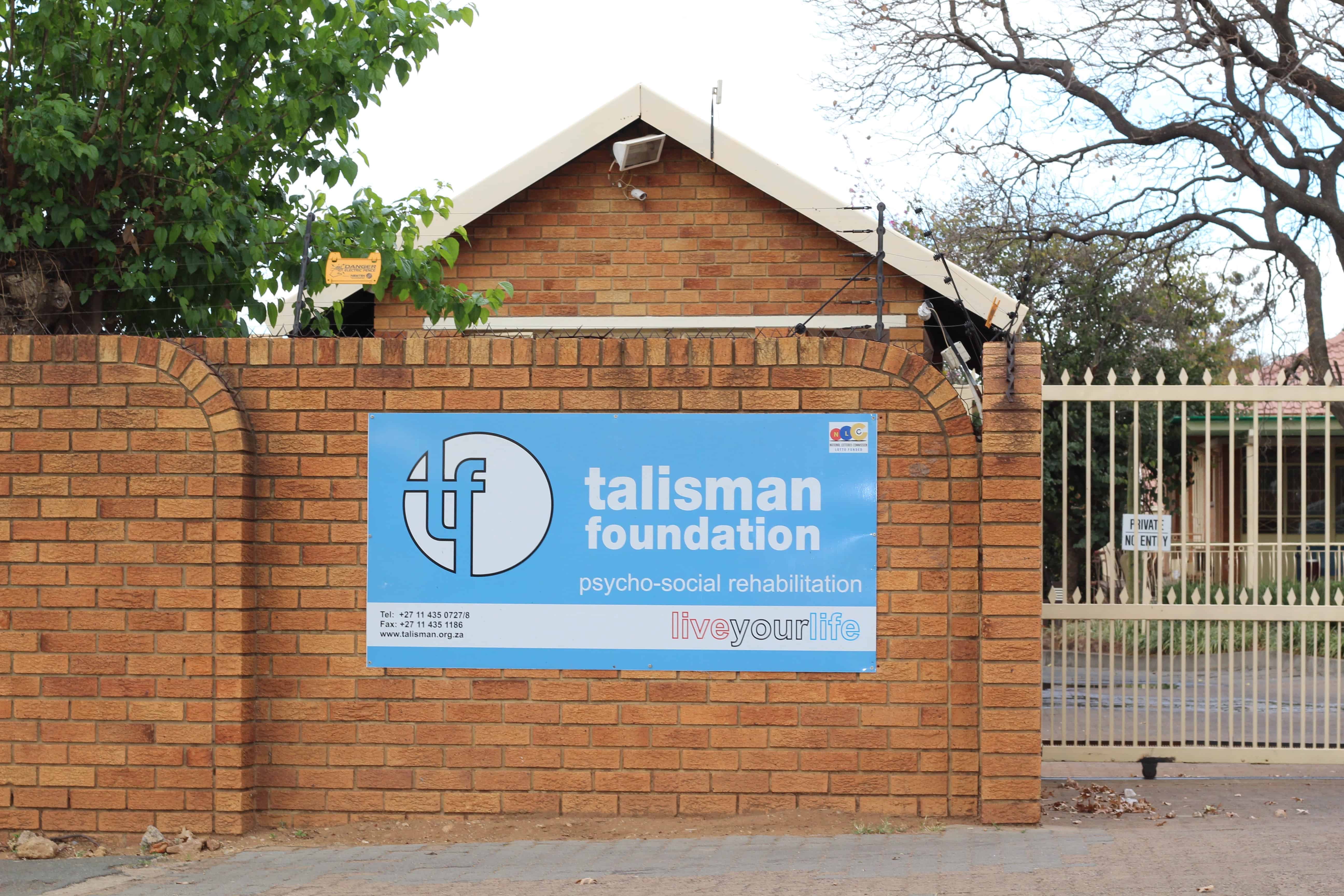 Community-based mental health organisations are cash-strapped, and face ongoing threats from government that their subsidies will be cut. But the Esidimeni tragedy shows that more money should be invested in these facilities to protect patients from being discharged into hostile communities before they are ready. 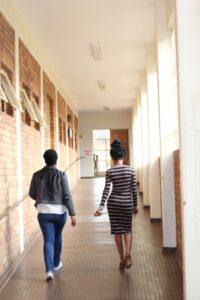 Talisman social worker and senior facilitator walk down one of the facility’s corridors. Credit: Amy Green

Turning 20 years old could be an exciting time for a young person, when they leave their teens behind and assert their independence. But for Johannesburg resident Sifiso Mkhasibe, this coming-of-age period was one of the most frightening and turbulent times of his life.

“I started having episodes when I was about 20 and living with my aunt in Diepkloof Soweto,” says Mkhasibe, who is now 33 years old. “I’d start doing things out of the ordinary where I’d climb on the roof and start pulling out the tiles, or I’d think I’m hearing voices on the TV speaking directly at me. Sometimes I would take my stuff and start giving it away to random people on the street.”

Although he didn’t know it at the time, Mkhasibe was suffering from bipolar disorder, a mental health condition “that causes extreme highs (mania) and lows (depression)”, according to the US research organisation, the Mayo Clinic. “These mood swings can affect sleep, energy, activity, judgement, behaviour and the ability to think clearly.”

After one of these episodes, when the ambulance and police had to be called by his family, Mkhasibe was admitted to Chris Hani Baragrwanath Hospital in Soweto. But when he calmed down after about a week, he was discharged without a diagnosis.

After repeated episodes, his aunt would not have him back and he had to move in with his father in Midrand. But their relationship dissolved and after a heated argument, Mkhasibe tried to burn the house down with himself inside.

He was admitted to Baragwanath Hospital again and finally diagnosed as having bipolar. He was admitted to Sterkfontein Psychiatric Hospital in Krugersdorp, where he spent almost two years. This marked the beginning of his decade-long experience with mental health institutions.

Every time he was discharged into the care of a family member – distant aunts, cousins and his grandmother – he struggled to manage his illness and eventually landed back in the system.

It was only in 2011, after spending another year in Sterkfontein, that he was referred to a facility that would give him the support base he needed to make a full recovery – Talisman Foundation, a community-based mental health non-governmental organisation (NGO) in the south of Johannesburg.

He spent six years at Talisman, learning vocational and coping skills in a structured and safe environment. It took a while, but Mkhasibe is now for the first time holding down a job and life outside in the “real” world and he’s never felt better.

Despite the value of organisations such as Talisman, the South African Federation for Mental Health (SAFMH) says that no province currently has an organised and integrated community-based psychiatric services. Moreover, the organisations that currently exist are perpetually threatened by late payments or subsidy-cut threats from the Department of Health.

Earlier this year, the Gauteng Department of Health decided to cut subsidies to NGOs, placing about 160 in jeopardy. It was only after one, the San Michel Home in Brakpan, took the department to court that it backtracked on its decision at the end of June.

“Payment delays often last over three months and, in that time, who feeds and cares for the mental health care users? Society?” asked SAFMH executive director Bharti Patel. “While the state delays it places these crucial organisations in turmoil.”

While Talisman is also affected by government payment delays, it had an emergency fund to cover the running costs for the period.

According to Tracy Nopfumbada, a social worker at the 200-bed facility, they managed “with difficulty” to cover the running costs of the organisation.

Many NGOs operate in this unstable environment where their entire existence comes under threat due to late payments, subsidy cuts and a lack of increased investment.

Earlier this year, another NGO in the Eastern Cape, Port Elizabeth Mental Health received a funding cut of 57 percent from the Department of Social Development “seriously impacting their services and the organisation’s sustainability”, according to the SAFMH.

Last month Health-e News reported on the severe shortage of psychiatric beds in Gauteng public facilities. With only 1,058 beds, the province is short a staggering 2,700.

Mkhasibe spent up to nine months in Sterkfontein hospital unnecessarily – he was doing well on treatment but because he “had burnt all my bridges” with his respective family members he had nowhere else to go.

“They shifted me from ward to ward until finally my psychiatrist suggested I go to Talisman,” he says.

Much of the pressure in psychiatric hospitals and wards could be lifted by community-based mental health facilities – particularly for those patients who are not seriously ill but who do not have the capacity to fend for themselves society. It is also much cheaper maintaining patients in these facilities compared to in hospital and they are often closer to people’s homes making visits from family and friends easier.

Part of the problem, and the reason these institutions don’t get the attention they deserve, says SAFMH’s Patel, is that many don’t know what these institutions do. She says that the therapy and training, provided in a secure and structured environment “can change a person’s life”.

Mkhasibe can attest to that: “When my family didn’t understand my mental illness, I made close friends at Talisman. They became my family – looking out for each other and enjoying each other’s company.”

Head facilitator at Talisman, Mbali Nyathi says that while private donations are always welcome, they are not steady and if the government decides to cut Talisman’s funding “we would be in serious trouble”. “All we can hope for is for the government and the rest of society to take mental health more seriously so that we can continue to give hope to our residents and see them prosper.”