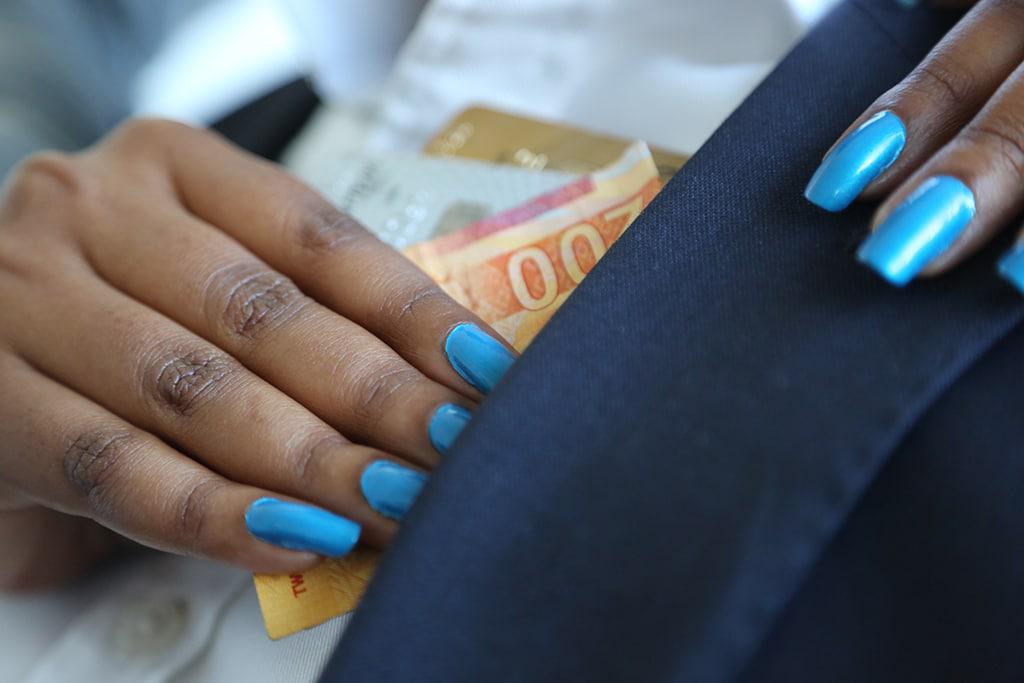 Activists warn against the normalisation of the sugar daddy or blesser culture, where girls are lured into sex in exchange for material goods, bringing them closer to trafficking.

MULTIMEDIA: From blesser to sex trafficker

In Krugersdorp, small clusters of young men stand chatting against the crumbling walls with yellowing newspapers plastered over the windows. Young girls are there too: both hovering conspicuously on street corners and walking confidently between the groups of men.

One girl wears jeans and a white shirt that reaches down to her bellybutton; her pregnant stomach swells beneath the garment as she moves down the street.

A sign outside a dilapidated house reads ‘For Sale’ but the clusters of men outside are not interested in buying the property, but the women within.

“It used to be pimps on the street, but now it’s blessers in the clubs,” says sex trafficking survivor and activist, Grizelda Grootboom, who works closely with rehabilitating young girls whose stories echo this statement.

This house is one of many properties across the country where girls lured with promises of setting up with a ‘sugar daddy’ have ended up, trapped as sex slaves.

The idea of having a sugar daddy, or “blesser”, is a widely normalised concept in South Africa to describe a transactional relationship struck between young girls and older men who provide them with material goods in return for sex.

But activists fear the normalisation of the “sugar daddy” culture in a time of economic hardship is leading to growing numbers of girls being duped by sex traffickers who move them to new cities and ply them with drugs that they then forced to pay back through selling their bodies.

In both instances, when young girls are being “blessed” and trafficked, they are forced to pay back the clothing, drugs, shelter and food through the use of their bodies, said Cherlyn Tshabangu, the late founder of Asilweni Cleaning Streets, an organisation that works on raiding “sex dens” and rehabilitating trafficked girls.

“In this sense, trafficking is a heightened form of blessing. Everyone is a trafficker. Your pastor, your father, your mother your uncle, your brother, your sister, your friend. It is anyone. Because of greed. And power,” Cherlyn said.

A young girl, and sometimes boy, tricked into trafficking would undergo a horrific ‘initiation period’, explained Cherlyn. This involves multiple rapes by multiple men, and the forced consumption of various, highly addictive drugs. This can last a few weeks. After this, the victims are forced to pay back their debt through what is termed ‘debt bondage’.

In Krugersdorp, sex is as cheap at R30 per women . Paying for protection-free sex is R100. As is to be expected, in a country with 7 100 000 people living with HIV, and the third highest incidence of TB worldwide, these girls become very sick, very quickly.

“How can we use such a dignified word [to describe] such a brutal experience for women?” says Grootboom, referring to the term ‘blesser’. For her, the ability of language to normalise such an inhuman action is just as harmful as the action itself. It acquiesces the act, making it socially normalised, easier to discuss in public, and even praised as a marker of youth, beauty and sexuality. 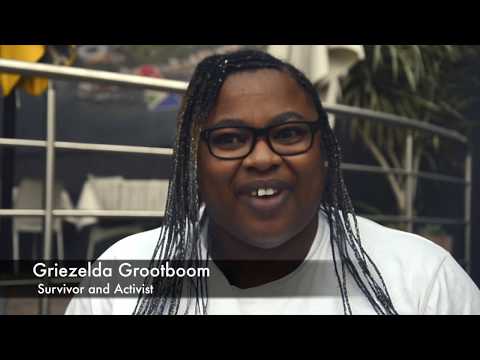 Although not all blessers are all of these things, Grizelda’s comments seek to capture the exponential danger of normalising a concept she, and many others, feel is founded on the exploitation of young women in South Africa today.

Her comments ring true at a time when South African newspapers have been littered with gruesome attacks on women’s bodies, including a pregnant woman being raped by eleven men who lined up to wait their turn in the abandoned building where they had dragged her.

The curse of the blesser

The South African Police Service reported 51 895 cases of sexual offences cases in September last year yet, according to Marcel van der Watt, the Case Manager for the National Freedom Network, the subversive nature of trafficking means statistics are basically non-existent. His work on human trafficking for the past 15 years, however has shown him what statistics alone cannot tell.

“Earlier this year we assisted with a case where two minor schoolgirls from Mpumalanga searched ‘How to become rich?’ on the internet and eventually ended up making contact with a male who lived in Hillbrow. Members from SAPS managed to intervene whilst the girls were en-route hiking to Gauteng to meet the Hillbrow-based man.”

As Marcel points out, consent is the key difference between a blessee and a trafficked victim, but he has seen how the former can become the latter when the young girls’ financial vulnerability is easily exploited, and when drugs and violence come into the story.

The impact of the blesser/trafficking culture is seen through South Africa’s HIV rates.

Professor Salim Safurdeen Abdool Karim, a South African epidemiologist and infectious diseases specialist, says that a community-wide study ‘revealed a cycle of HIV transmission driven by high HIV acquisition rates in adolescent girls and young women (15 to 25 years), principally from men close to or in their thirties’.

These men acquired HIV from women in their thirties, constituting the group with the highest HIV prevalence; a group the blessees will eventually make up, perpetuating the cycle of HIV transmission in South Africa.

“In South Africa, girls acquire HIV much earlier than their male counterparts and HIV prevalence is up to 5-fold higher than in adolescent boys,” says Karim.

The South African Police Service is not oblivious to this problem. “Of course there are an array of factors contributing to the blesser phenomenon and sex trafficking in South Africa,” says Brigadier Vishnu Naidoo, the South African National Police Spokesperson.

“But we still need to eradicate the concept, otherwise our youngsters are going to be entwined in bondage.” Studies have shown that cash transfers, or grants, can drastically reduce the incidence of risky sexual behaviours (such as transactional and age-disparate sex) among young girls.

“In general, cash incentives have been effective in changing behaviours,” says Karim, referring to smoking cessation, keeping girls in schools and improving reproductive health outcomes, among other examples. Although studies surrounding reduced sexual behaviour are mixed for both boys and girls, some studies do point towards increased condom use, increased school retention and delayed sexual debuts.

“For now, [South African] men think women are for sale in all levels: mentally, emotionally, financially and physically,” says Grizelda. Luckily her voice is being heard through her activism, on behalf of all those that are silenced behind ‘For Sale’ doors across the country.

This story first appeared in eNCA