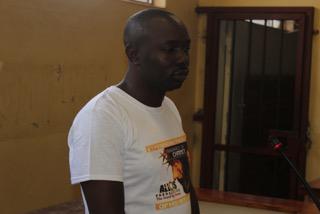 ‘Prophet’ accused of rape gets bail

Monyela, from Mariveni village near Nkowankowa outside Tzaneen, had earlier pleaded not guilty to five charges of rape and one charge of sexual assault. He stands accused of raping a 12 year old girl, two 14 year olds and a 16 year old girl.

It is alleged that the pastor had raped all his victims inside the church between December 2016 and August 2017 after inviting them to join him in private prayer sessions. It is alleged that he attacked and raped the young girls while they were praying.

According to Limpopo police spokesperson Colonel Moatshe Ngoape, Monyela’s bail conditions require him to report weekly at the Ritavi police station, and he may not leave the Tzaneen magisterial area.

Norah Sithole, the ANC Deputy Chairperson of Ignatius Mathebula Branch at Burgersdorp, said people were unhappy that the pastor was granted bail. This was despite many of Monyela’s congregants having gathered outside the court to support him and pray for his release.

Not happy with the decision

“We will keep on demonstrating outside the court, because we believe that the state has a strong case against him,” said Sithole.

“We are not happy with the decision, but we are okay. The community doesn’t have personal vendetta against the prophet, we just want all the court processes to be followed. There is still a trial that he will have to go through and we will take it from there,” she said.