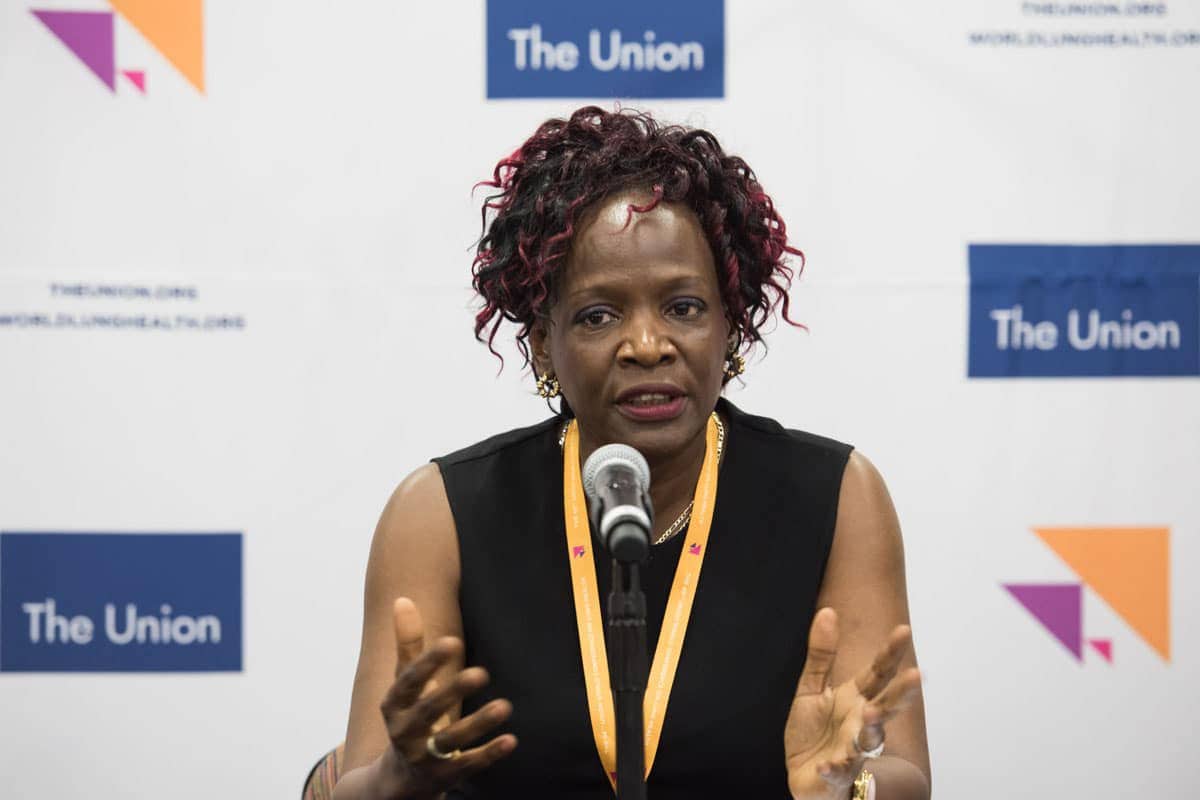 At the Union conference Dr Angelique Luabeya, from the University of Cape Town, announced a simple but ingenious oral swab test that could revolutionise TB detection in children (Photo: Marcus Rose/The Union)

Diagnosing TB in children is so difficult and often-painful that many kids are misdiagnosed and lose their chance to be cured, but new research offers hope.

Two in 10, of the one million children with tuberculosis (TB) each year globally, die. Speaking from the Union World Conference on Lung Health that took place in Mexico earlier this month, Dr Jeffery Starke said a staggering 96 percent of childhood TB deaths are in patients never started on anti-TB drugs, because the disease is very difficult to diagnose in kids.

An international paediatric TB expert based at the Texas Children’s Hospital in the United States, he said the largely preventable and treatable disease causes so much death in children because it is often misdiagnosed as pneumonia and meningitis for example.

But new research coming out of the University of Cape Town (UCT), presented at the conference, may, in the future, provide a much-needed solution.

TB is usually diagnosed using sputum samples: mucous coughed up from the lungs. But children often don’t have the force to cough such samples up and are often subjected to very “invasive” diagnostic methods, if at all, Dr Paula Fujiwara scientific director for the Union Against Tuberculosis and Lung Disease told Health-e News.

These can include a technique called gastric lavage where a tube is inserted through the nose to the stomach of the child to extract the contents which are then sent to a lab to test for TB. Three consecutive samples are ideally needed for a correct diagnosis requiring three repeat trips to a health facility or for the patient to be admitted which is labour-intensive and costly to both patients and their families as well as to the health system.

But for the first-time, scientists are investigating whether tissue from the oral cavity, including from the cheeks tongue and gums can be used to successfully diagnose TB.

Researchers from UCT and the Tuberculosis Vaccine Initiative found that tissue from the tongue was the most sensitive. They are currently involved in phase two of a trial which aims to enrol 275 patients in the Western Cape to test if these samples can successfully be used to diagnose TB especially for patients who can’t or find it difficult to produce sputum.

So far they have “promising” results for 49 samples from TB patients; 45 of which have tested positive in the laboratory using the oral swab method, translating into a sensitivity rate of 92 percent.

The implications for the success of this study are significant, particularly for children, according to Dr Angelique Luabeya, one of the trial’s lead researchers.

“It would be so easy to take a sample. My daughter could do it,” she said. “Patients themselves could even take a sample – it would be as simple as brushing your teeth and nobody does that for you.”

A small brush is used to scrape the inside of the mouth after which the brush is sealed in a small container and sent to the laboratory for testing.  In contrast, sputum testing requires a patient to cough up mucous; a process that, if not done under the right circumstances, can even aid transmission of the air-borne disease.

The “long-term” vision is to translate this diagnostic method into a rapid point-of-care tool that can be used by lay health workers without the need for laboratory testing.

Said Luabeya: “The beauty of it is it is so simple we wondered why no-one had done it before.” – Health-e News.