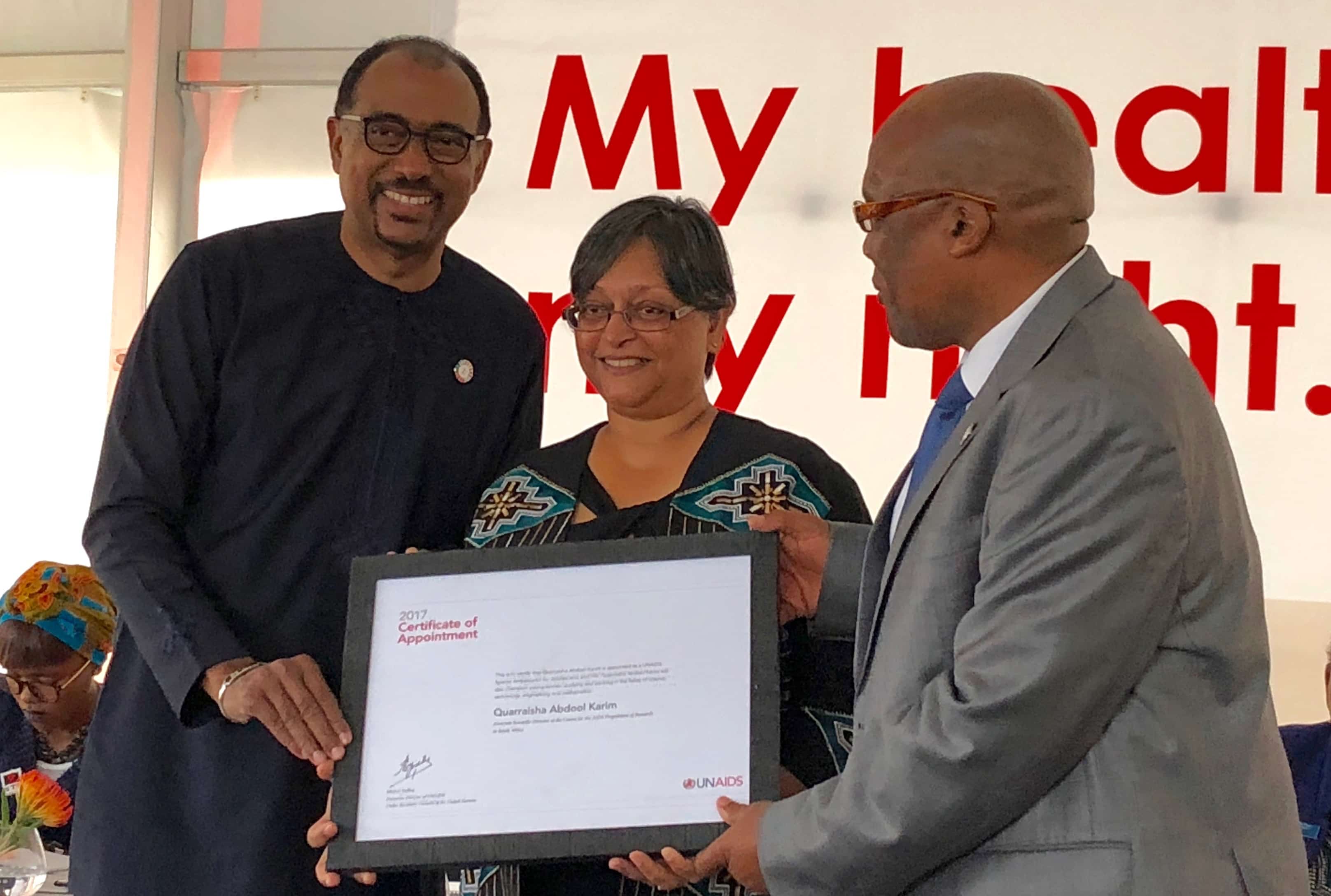 “Is it is OK for a 40-year-old man to be having sex with a 15-year-old girl,” asked Abdool Karim after her appointment was announced in Khayelitsha.

Some 2000 young South African women aged 15 to 24 are infected with HIV every week, many by older men.

UNAIDS Executive Director Michel Sidibé described Abdool Karim as “a strong and consistent champion of young people living with and affected by HIV”.

“She will use her new role to continue to translate scientific research and knowledge into people-centred solutions and prevention programmes to reduce the factors making young people so vulnerable to HIV infection,” said Sidibe.

Abdool Karim recalled how she did one of the first population-based studies ever “about 30 years ago” and found that “young women were becoming infected with HIV five to seven years before young men”.

“Young African women aged 15 to 24 are eight times more likely to be infected with HIV than young men of the same age… We need more science and technology to help young women who are unable to negotiate safer sex,” she said.

Abdool Karim is the Associate Scientific Director of the Durban-basd Centre for the AIDS Programme of Research in South Africa (Caprisa).

“She has made pioneering contributions to understanding the HIV epidemic among young people, especially among young women, and is a strong advocate for the rights of people living with and affected by HIV,” said UNAIDS. “In her new role as a UNAIDS Special Ambassador, she will focus on adolescents and HIV, while also championing the involvement of young women in science.”

Last year, around 610,000 young people aged 15 to 24 became infected with HIV, and young women accounting for 59% of new infections.

“As we increase our understanding of the HIV epidemic and the transmission dynamics that place young people at higher risk of infection, all sectors of society must work together to make sure that adolescents have access to the information and services that can keep them safe and well through a crucial period of their lives and into adulthood,” said Abdool Karim.

Abdool Karim is also Professor in Clinical Epidemiology at Columbia University in the USA and an Honorary Professor in Public Health at the University of KwaZulu-Natal, South Africa. She is a member of the UNAIDS Scientific Expert Panel and Scientific Adviser to the Executive Director of UNAIDS.

In 2013, Professor Abdool Karim was awarded South Africa’s highest honour, the Order of Mapungubwe, for her contribution to the response to HIV. – Health-e News.