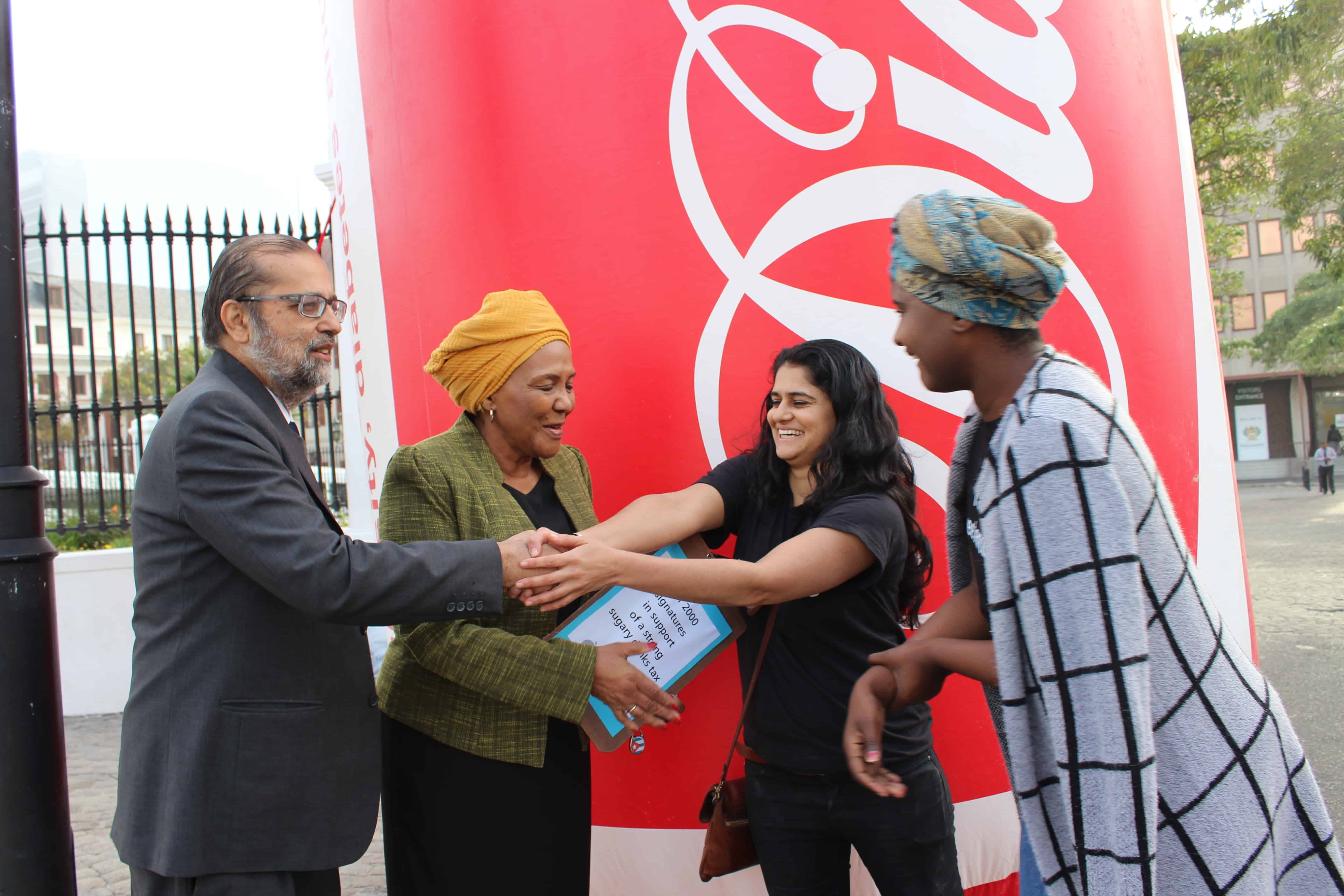 The chairperson of Parliament’s Standing Committee on Finance revealed in the National Assembly yesterday that he had received threats from industry-linked people to drop the tax on sugary drinks. 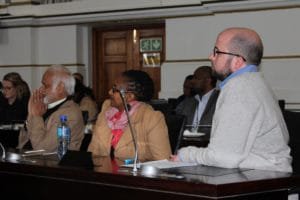 Researchers from Wits University at the parliamentary hearings into the tax on sugary drinks.

“The latest was last night when I was phoned and told to drop the Bill,” Yunus Carrim told the House, which passed the Bill yesterday.

“Wherever this tax has been introduced in the world, there have been stories about industry offering bribes to MPs and creating front organisations pretending to be supporting workers rights when they oppose the tax and a whole variety of measures. This has happened in smaller measures here.

“I have been contacted three times by people linked to industry,” revealed Carrim. “They have even threatened the chair, saying that they will take this to the ANC NEC. But I say that this Bill was brought by the Cabinet and I want to congratulate Cabinet for having the bravery and the courage in taking up this Bill.”

In Mexico and Colombia, activists supporting a tax on sugary drinks in their countries have been harassed, threatened and even bugged by spyware developed by the Israeli military.

Carrim said that the current Bill was the result of extensive negotiations, with Treasury dropping its initial plan for a 20 percent tax to 11 percent.

[quote float = right]In 2015 alone, 55 percent of deaths were from NCDs while 33.4 percent were from communicable diseases.”

“We received stunning representation on the harmful impact of sugary beverages on our people. The quality was world-class, mainly presented by Africans under the age of 40 and it made us very proud,” said Carrim.

ANC MP  Mahlangu said that non-communicable diseases (NCDs) were “silent killers” that had taken over from HIV and TB, and that diets high in sugar were driving NCDs.

“In 2015 alone, 55 percent of deaths were from NCDs while 33.4 percent were from communicable diseases,” said Mahlangu.

The EFF’s Elsabe Ntlangwini called on government to “tax sugar to the max”, while the IFP’s Mkhuleko Hlengwa said his party supported the tax but that it was “not a silver bullet”.

“It must be part and parcel of an education campaign about obesity and diabetes. Our sugar consumption is at an all-time high,” said Hlengwa.

The Democratic Alliance and Cope did not support the tax, which has been renamed a “health promotion levy” and is contained in the Rates and Monetary Amounts and Amendment Bill. The Bill now goes to the National Council of Provinces before being passed into law. The levy on sugary drinks is expected to be implemented on 1 April 2018. – Health-e News.