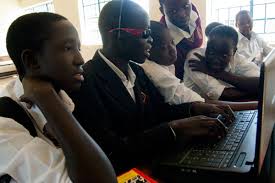 Debates are in full swing about the proposed sugar tax that is likely to start in South Africa in early 2018. As Orbis Africa explains, this is part of a broader government plan to tackle non-communicable diseases over the next five years.

The two main non-communicable culprits threatening the wellbeing of many South Africans are obesity and diabetes, with the emphasis usually on health issues associated with weight, and the danger of living with spikes and dips in blood sugar levels – but did you know that diabetes can also lead to impaired vision, and even blindness?

Little attention has been given to this devastating complication of diabetes.

What exactly is diabetic retinopathy? Simply put, diabetes causes major damage to the blood vessels in the retina.

The retina is the light-sensitive lining at the back of the eye. When this damage occurs, blurry or cloudy vision follows.

Loss of sight among workers in their prime earning years negatively impacts their families and communities as well as society at large due to an increased burden on the healthcare system, including service provision for the blind.

If left untreated, this can even cause blindness. In fact, it is currently the leading cause of blindness among working age people across the globe.

Why is this important in South Africa and globally?

Consider that diabetes, now in the clutches of an unprecedented epidemic, affects 415-milliion people across the globe. Of those, three quarters live in low- and middle-income countries.

In China, diabetes has grown ten-fold in just thirty years, and according to the International Diabetes Federation, it is estimated that in parts of Africa, it will rise by 110% by 2030.

According to the International Diabetes Federation, there were 2.28 million cases of diabetes in South Africa in 2015.

Almost a third of those with diabetes are affected by diabetic retinopathy, according to research.

“Clinical studies spanning thirty years have shown that timely and appropriate treatment reduces the risk of blindness from diabetic retinopathy by some 90%. But only 10% of those in low- and middle-income countries get diagnosis and treatment,” says Lene Øverland, CEO of Orbis Africa, a non-government organisation that prevents blindness through training, advocacy and research.

She adds, “Loss of sight among workers in their prime earning years negatively impacts their families and communities as well as society at large due to an increased burden on the healthcare system, including service provision for the blind. The potential economic benefits of better diabetes control and DR care on society at large are enormous.”

Yet despite clear evidence of the cost-effectiveness of DR screening and treatment programmes over the last three decades, the prevalence of blindness globally between 1990 and 2010 increased by 64% with the highest rates of increase in the poorest areas.

But, prevention is everything. If we can prevent diabetes, we prevent diabetic retinopathy, and if we can do that, we can fight blindness.

The idea that blindness is not preventable is untrue, and programmes that target blindness and the conditions that cause it, change the lives of individuals, families, communities and the country at large.