For many victims of sexual violence, the law is not enough to protect them, particularly when rogue police officers use it as a tool for intimidation. 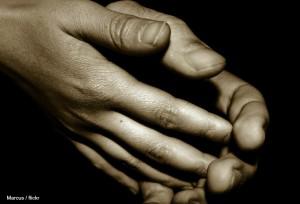 The night Jane’s* husband received the divorce papers is not one she will easily forget. The papers marked the final straw of her tolerance for the years of emotional and physical abuse she had endured throughout their seven-year tumultuous relationship.

This was not a decision Jane had made without much pain and consideration. Some of the shocking and manipulative moments that pushed her to finally file the papers included him punching her in the face, and then smashing her windscreen to convince their children she had injured herself in an accident.

He had also cut up all her beautiful shoes that he considered too sexy for other men; thrown a knife into the wall next to her bed; essentially tortured her by continuously throwing water in her face every time she tried to fall asleep; and he had threatened to cut off her arms and legs to let her suffer a long and painful death.

The evening after the papers were delivered, Jane’s husband took the children to a braai without her, telling them their mother did not want to be a part of the family any longer. He returned in the early hours of the morning, high on drugs. He abused her verbally and emotionally before raping her. She said he then put her in the car, and drove to fetch their children, threatening to drop her in Mamelodi, despite the children’s pleas and cries, so that she could make the two-and-a-half hour walk home on her own.

After surviving that night Jane filed a restraining order. Her husband left, taking her car with him. Weeks later when their daughter needed emergency medical care, Jane called her husband pleading for the car to take her to hospital. The police would later tell her that this phone call meant she had violated the restraining order.

Even though they were no longer living together, he constantly sent her sexually violent text messages, eventually leading to a warrant being issued for his arrest.

Much to Jane’s confusion and fear, the police officers at Eersterus Police station told her they could only consider the violent acts and threats that her husband committed after the date the warrant was issued.

“You are playing with the law,” they told her, and continued to phone her in the coming weeks to convince her to let her husband see the children. “Because you violated the restraining order, we need to issue one against you.”

Wedged between fear, the apathy of the police officers, and their misuse of the law, Jane joins the many South African women for whom the law has, when in the wrong hands, essentially enabled injustice.

“The law is not easily understandable for women in vulnerable situations,” said Jane. “I feel like I have wasted my time.”

‘Sophisticated laws’ not put into practice

In October, the South African Medical Research Council (SAMRC) released its report ‘Rape Justice in South Africa’ in Pretoria. The results are nothing short of shocking.

The report investigated the effectiveness of the criminal justice system in securing justice for victims of rape. The study investigated 3 952 cases of rape reported in 2012 across 170 police stations. Within this study, 57% led to arrests, but only 8,6% (340) were finalised with a guilty verdict.

Percentage of Rape Cases to End in Justice 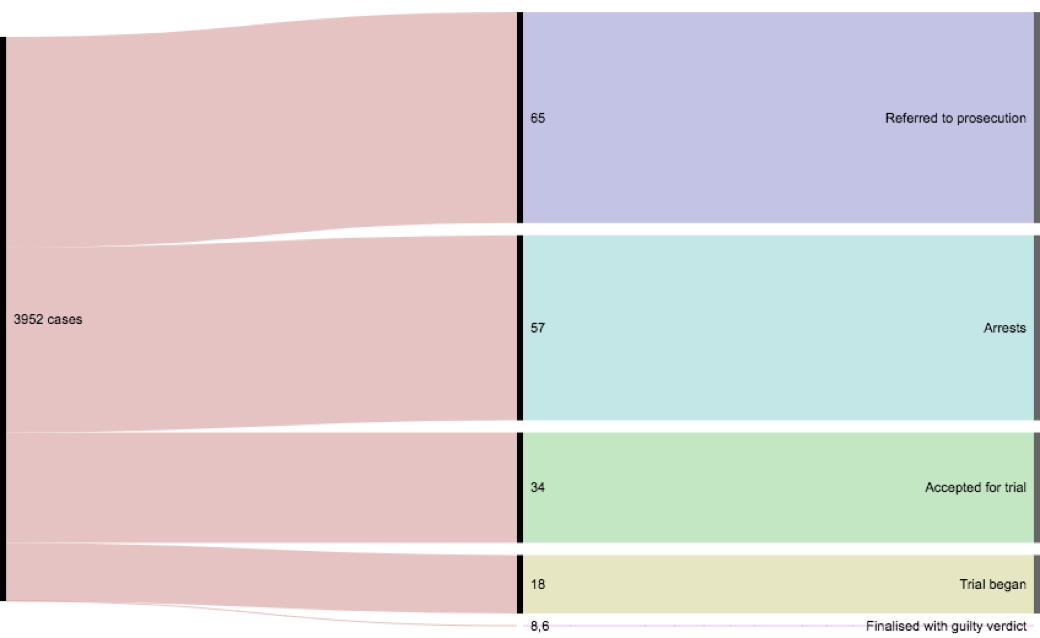 What does 8,6% mean, asked gender-based violence expert and lead scientist at the SAMRC Professor Rachel Jewkes. “It means that out of every 100 cases reported to the police, 92 never result in the perpetrator being found guilty.” These stats cannot take into account the number of rapes that go unreported by women who fear intimidation by the perpetrator, stigmatisation in their communities, or aggression and apathy from the police themselves.

“Every assault is the basis of a separate criminal charge,” said Irene de Vos, a member of the Johannesburg Bar who has worked extensively on sexual violence cases. “It may be that procedurally the separate charges are heard together at a later stage, but the officers are under a duty to assist Jane, rather than dissuading her from asserting her rights.”

The patriarchy that exists within the legal system is captured in Redi Tlhabi’s recent book ‘Khwezi’ that looks at the life of Fezekile Ntsukela Kuzwayo, President Zuma’s rape accuser. Tlhabi illustrates the legal witchhunt that Khwezi was forced to endure in the trial, a clear moment when the use of the law was abused in order to vilify a victim through interrogating her and shaming her by parading her entire sexual history. The solidification this trial set for the victim blaming of rape survivors in South Africa, and its ripple effect into the police stations across our country, cannot be underestimated.

As Jewkes reflected, it is not the laws themselves that are falling short, but the implementation of them. “Our laws are some of the most sophisticated in the world, but they aren’t implemented in practice. ”For example, non-violent rape and coercion into sex is recognised by South African law as punishable. This challenges the misconception that rape always has to be violent. However, research has shown that there is an extreme disadvantage to women who report non-violent experience of rape. Usually, women are not believed and her access to justice becomes less and less tangible.

For Jewkes, interventions are needed. “We can’t endlessly research and measure when there isn’t any change. Police training is critically important. Half of the police on these cases are constables, the most junior rank who have the poorest access to resources. He/she gets the car after the higher ranks don’t want it. This means half of crime scenes are not visited but this is fundamental to getting evidence and, in turn, a conviction.”

After both women’s month and the 16 Days of Activism, it seems Minister Fikile Mbalula’s six point plan on how police are to tackle gender based violence is an empty promise for many survivors in similar positions to Jane.

Months of going between police stations and domestic violence courts, waiting on a backlogged system, temporary interdicts, postponed court cases, and her own protection order even being used against her has left Jane more than disillusioned with the law; she has now grown to fear it. “I have lost faith in the law,” admitted Jane. “I don’t even want to go to a police station anymore.”

Jane has since been visited by the police officers at her home, with her husband in tow, to convince her to let him see his children. Apparently they are social workers too when they are not carrying out warrants for arrests.

Sergeant Sam Shibambo, the Victim Empowerment Coordinator at Eersterus police station, has encouraged Jane to launch a formal complaint to the station commander so that the matter can be investigated. The fear Jane faces in doing this is understandable.

Despite this, Jane and many others continue to fight within a system that, if critiqued, reassessed and used correctly, has the potential to protect both her and her children. – Health-e News.

*Jane’s real name has been hidden to protect her identity.