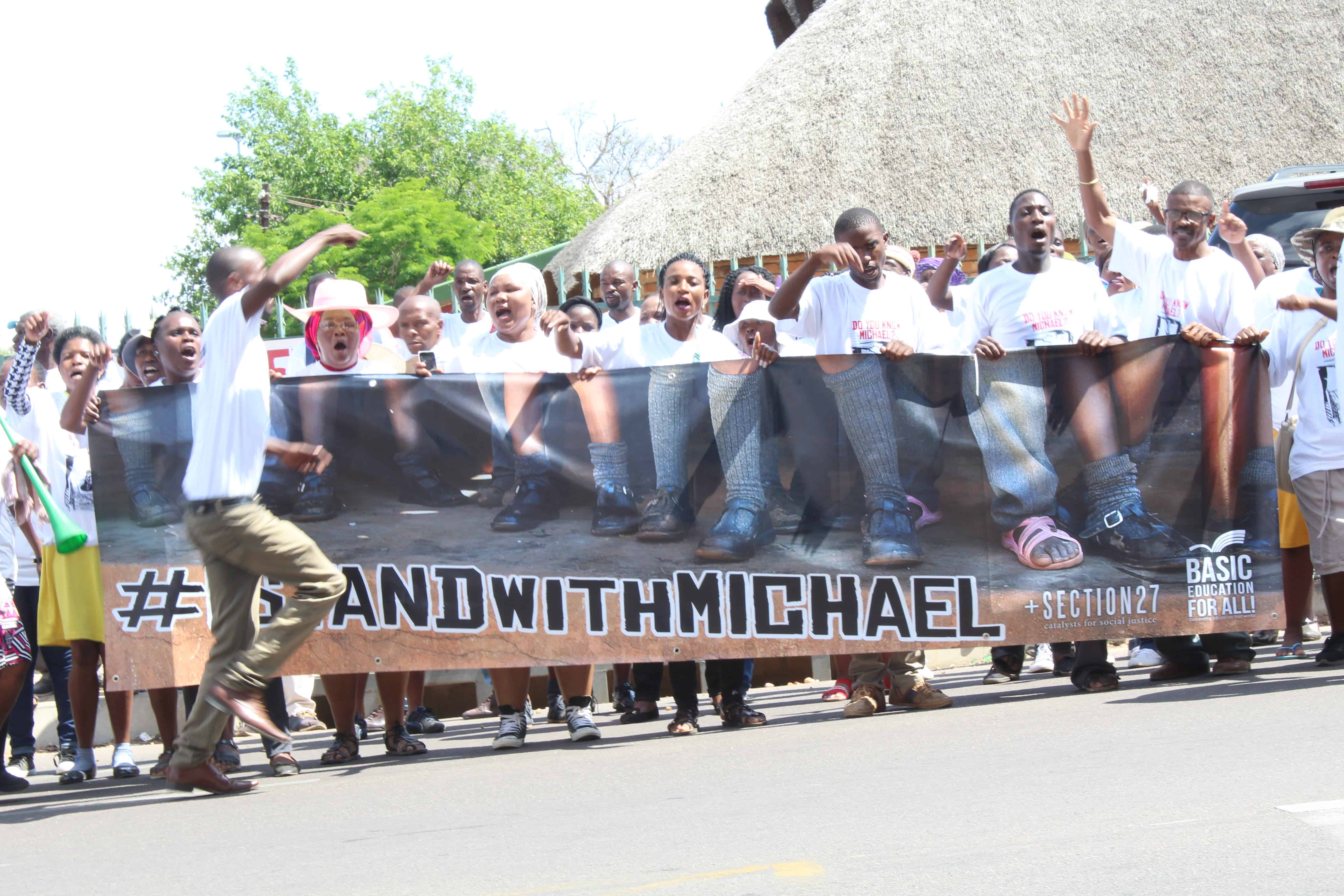 LIMPOPO – Since learning that the Komape family is suing the provincial Department of Education for R3-million, the local community of Chebeng village outside Polokwane has turned against them.

According to Lydia Komape (27), the community is accusing them of using the death of younger brother Michael (5) to enrich themselves.

Michael Komape was only five years old in January 2014 when he fell and drowned inside a pit toilet at Mahlodumela Primary School. The family has laid a compensation claim against the department of education for the shock and trauma they suffered after Michael fell into the pit toilet, struggled and drowned in faeces with his little arm stretched upwards for help. His body was discovered by his mother.

“The wait for justice for my little brother is almost over, but the community has become cold towards us since they heard about the amount of money which we are suing the department for. We no longer receive the support we used to get from people,” said Lydia, Michael’s older sister.

The trial, which began last year in November, is set to be concluded on February 1 and 2 in the Polokwane High Court.

A partial payment of about R100 000 has already been made to the Komape family. In terms of the partial settlement, the department has paid R34 000 for funeral expenses, R21 000 for loss of income and R79 000 for past and future psychological counselling costs.

“We are hoping for the best as we do not want what happened to Michael to happen to any other child in the country ever again. It’s been years waiting for justice and the trial was the worst experience as it reminded us of the whole ordeal,” said Komape.

Mahlodumela Primary School received new state-of-the-art toilets just after Michael’s death, which many believed was an effort by the Limpopo Department of Education to stop people from talking about the pit toilet in which Michael had died.

Lydia Komape was haunted by the death of her brother and has feared using an outside pit toilet for years.

“Even though the trial opened old wounds, we are glad that it showed the whole world what the toilets rural schools in our country look like. We hope we will get the closure we need as the whole incident has haunted us for many years,” she said.

The conclusion of the trial kicks off on Wednesday.