Gauteng Premier David Makhura has vowed to fight corruption after testimony at the Life
Esidimeni arbitrations further exposed the levels of financial mismanagement in his
government.

“The financial position of the health department is indeed a matter of great concern,” said Makhura during his testimony at the arbitration hearings in Johannesburg on Wednesday. “If there is a matter that threatens the financial stability in our province it is what is happening in the Department of Health.”

On Tuesday Gauteng Finance MEC Barbara Creecy revealed figures indicating continued problematic spending by the Gauteng Department of Health (GDoH), even in the face of Treasury’s instructions to reduce spending particularly on consultants.

She said that her department had asked the GDoH to cut costs in areas such as travel, public events, catering, communication and the hiring of consultants but not on core services which would include the institutionalised care of mental healthcare users.

Section27 advocate Adila Hassim, representing the majority of affected families, pointed out that since 2010 there has been almost R7 billion of irregular spending by the GDoH, R1.6 billion of which has been referred to the Special Investigating Unit (SIU).

Yet, she said, even after Treasury’s instructions, between 2015 and 2017 millions continued to be spent on hiring consultants with “outrageous” fees.

For example, almost R 60 million was paid to attorneys Ngcebetsha Madlanga Inc. and Mdlulwa Nkhulu Inc. for 10 months of work – equating to R300 000 per day.

“This alone is more than the saving the department hoped to make terminating the Life Esidimeni contract,” she said.

A further R13 million was paid to BMGI consultants for 12 weeks of work to do a comprehensive diagnostic of Chris Hani Baragwanath Hospital in Soweto.

“That’s more than a million a week,” Hassim said, to gasps from the arbitration’s audience consisting mostly of affected family members.

The South African Institute of Chartered Accountants (SAICA) was employed for seven months at a cost of R6 million to deal with the GDoH’s accruals problem. And although the problem was not solved the GDoH subsequently signed a two-year contract with SAICA at a cost of R59 million.

Finances in a ‘mess’

Former Chief Justice Dikgang Moseneke, who is chairing the arbitrations, pointed out that it was in this context that Life Esidimeni was shut down, and 144 people lost their lives, presumably on the auspices to save the GDoH money.

Hassim said this shows that there “is a real mess in the department of health when it comes to money and adhering to procedures” and ultimately of “complying with the law”.

“For [GDoH officials] to make a decision about money the way they did with Life Esidimeni is of deep concern to us when there is this very deep-rooted mess,” she said.

On Tuesday Makhura agreed with Moseneke that the internal disciplinary processes in the provincial government are “amazingly superficial” and needed revision.

“The disciplinary processes in public services are just a sham,” said Makhura, referring to the lack of accountability faced by the GDoH officials implicated in the Life Esidimeni tragedy.

He said he and the Minister of Health Aaron Motsoaledi have appointed an intervention team to address the financial mismanagement in the GDoH and are also looking at revising the processes for disciplinary action for officials especially when their actions have led to “citizens being harmed”.

Makhura said his government is embarking on a “turnaround strategy” to “crack all the areas of corruption in the GDoH” with the help of the SIU.

“The issues that have arisen here will be followed up. We will go for health… and for other departments…. We will work systematically with the SIU and go for corruption and there will be consequences.” – Health-e News. 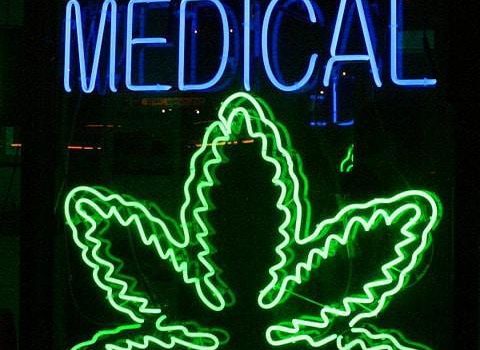 AMSTERDAM – The prosecution of HIV positive people for deliberately infecting or endangering others is often not supported by science, according to 20 top scientists including Nobel Laureate Francoise Barre-Sinoussi.

Drug resistant tuberculosis (TB) can be cured in less than half the time, cutting costs and improving the chances that patients will complete the gruelling treatment, according to a study published in the New England Journal of Medicine.