Home » When love hurts and there’s no money to help 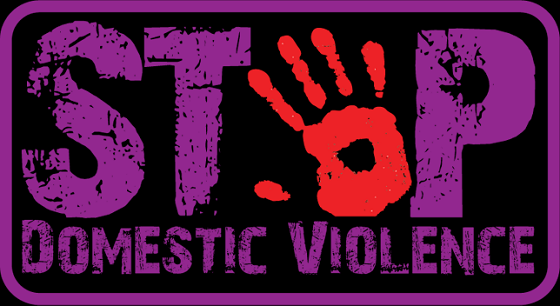 It’s Valentine’s Day, but after years of abuse Jade is trying to make a life for herself and her four kids without a man. Meanwhile researchers puzzle about how to ensure that shelters – a crucial safe space in the fight against gender-based violence – are properly funded.

Jade* was sexually abused by her father. Her policeman partner, the father of three of her four children, routinely beat her. But when she discovered that her stepfather had been abusing her twin daughters, still in pre-school, she felt utterly hopeless and alone.

[quote float = right]I am not shy to say I am from a shelter. I got my freedom there. I had a mindset change. Women don’t need a man to survive.”

“I could have ended up on the street. I was ready to give up,” Jade tells me. It’s Valentine’s Day, and while most of the country is mesmerized by whether Jacob Zuma would go or stay, Jade is simply trying to pick up her life again – without a man. 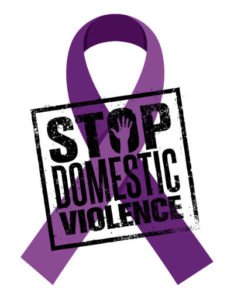 For eight months, she and her four children lived in a shelter called Sisters Inc in Kenilworth in Cape Town.

“I am not shy to say I am from a shelter. I got my freedom there. I had a mindset change. Women don’t need a man to survive. You can do it for yourself. I have found my value.”

Jade writes her real name proudly in my notebook and says I can use it in this story, but we then agree on a pseudonym to protect her children.

While in the shelter, Jade learnt fabric painting and she is now selling table runners and table cloths. But she has only been out of the shelter for a month and faces a long, hard road ahead.

Jade and I were attending a meeting called by the National Shelters Movement of South Africa and the Heinrich Boll Foundation at the Saartije Baartman Shelter in Athlone, to launch their research into shelters.

The most striking point of the research is that shelters are hopelessly underfunded. The Department of Social Development (DSD) usually pays nin-profit organisations a per-bed rate, which ranges from around R50 a day (Gauteng and the Western Cape) to R67 (KwaZulu-Natal). This is supposed to cover three meals a day, toiletries and transport. Worse still, no provision is made for a woman’s children – so, in Jade’s case, her allocation would also have to cover her four children, meaning that each family member would get R10 a day for food and living expenses.

[quote float = right]So far, no one has died of starvation in a shelter but the Life Esidimeni experience shows what can happen when government doesn’t give enough money to NGOs so people can eat.”

“So far, no one has died of starvation in a shelter but the Life Esidimeni experience shows what can happen when government doesn’t give enough money to NGOs so people can eat,” says researcher Lisa Vetten, making reference to the 143 mentally ill people who died after being transferred from a secure psychiatric facility to non-governmental organisations (NGOs) in Gauteng.

Subsidies for staff who run the shelters are also pitiful. House mothers get a monthly subsidy of between R2000 and R2 500, while social workers’ subsidies run from R11,000 to R13,000. One Gauteng shelter was getting R600 a month to cover all utilities – water, lights, refuse removal and telephone.

The lack of funding means that staff have to spend a lot of their time fundraising rather than attending to residents – and additional funds are very hard to come by.

Covering the experiences of almost 300 women in 14 shelters, the research found that over half the women who spent time in a shelter were able to leave their their violent partners. But some did bounce back and forth – mostly because they were unemployed with a low level of education and poor job prospects. 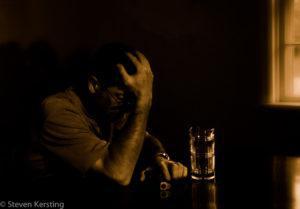 Government has signed treaties that obligate it to provide shelters “but they expect non-profit organisations to make up the [financial] shortfalls,” she adds.

The money for shelters usually comes from the Victim Empowerment Programme, a tiny corner of the social development department’s budget. This is usually allocated to NGOs to run shelters – in other words, to do the work government is mandated to do.

“Government is not doing NGOs a favour by giving them money to run shelters. It is paying them to do its work,” stresses Vetten, who is working on a “costing framework” for shelters.

“Impoverished services keep women impoverished,” said Vetten, who was scathing of the skills training women in shelters were given, describing it more as “occupational therapy and hobbies” than job skills training.

“Many women stay in abusive relationships because they are economically dependent on their partner. Serious money needs to be invested in breaking this economic dependence. Training should be run by the labour department and the Department of Trade and Industry, rather than DSD,” says Vetten.

The research also unearthed that, although the shelters are supposed to be for those facing domestic violence, they have become “women’s shelters” – places for women that authorities don’t know what to do with including rape survivors, refugees, and homeless women who are either pregnant or have children.

Of the 265 women surveyed in shelters in KwaZulu-Natal and Mpumalanga, only 46 percent were there because of domestic violence. Balancing all the different needs was very difficult, says Vetten. In addition, women in shelters often have particular needs. Two-thirds of the women surveyed had health problems, including physical injuries from being stabbed, burnt, blinded and raped.

Many suffered psychological conditions including being suicidal, depressed, anxious and suffering post-traumatic stress. Some need legal services for divorce or maintenance-related issues.

Treasury’s Pebetse Maleka warned that South Africa was in a “fiscally constrained environment”, and that the vast majority of DSD’s budget is for social grants.

One possibility was to “increase conditional grants to provinces for gender-based violence” and to develop a minimum package of care, said Maleka. “But a key challenge is to prove the efficiency and effectiveness [of the intervention].”

Maleka advised activists to lobby the DSD for more money, but warned that if the department moved away from subsidies to full funding, NGOs would have to be contracted to run shelters.

As I leave the Centre, a tiny girl in a pink tutu waves at me as she skips along a corridor behind her mother.

“Children who grow up in domestic violence situations may have life-long secondary trauma,” says the research. “[They] are often unable to focus on their education and likely to have learning challenges and are susceptible to being both physically and psychologically unwell.”

Jade’s twins started Grade One this year, already survivors of sexual violence. Unless real money is put into breaking cycles of violent abuse, the chances are high that the twins and their children will be locked into violence, poverty and abuse.