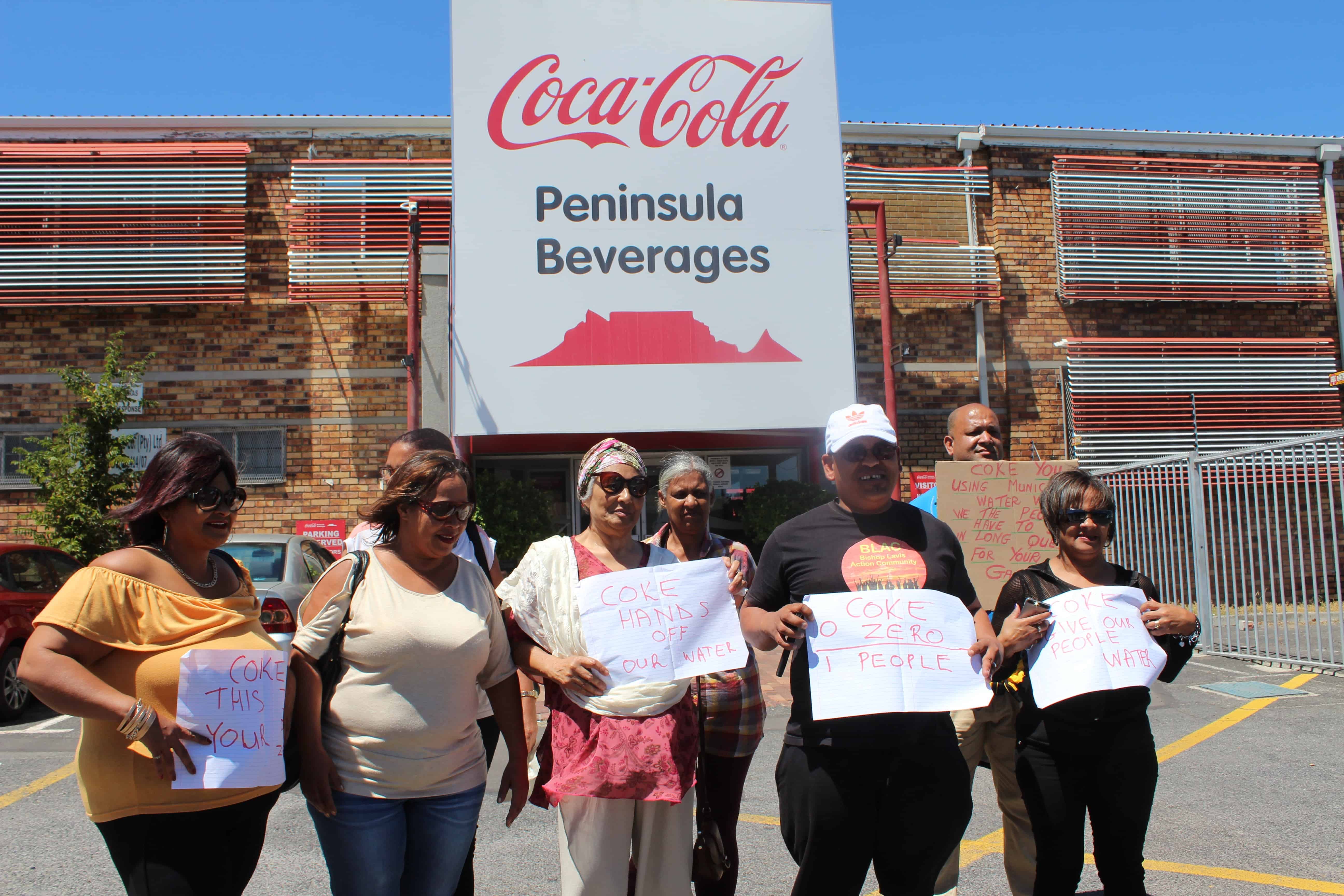 How is Coca Cola in Cape Town able to use over a million litres of water every day while poor households are having their water cut off, asks the Water Crisis Coalition 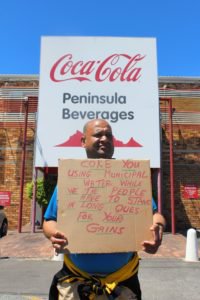 Members of the Water Crisis Coalition protested outside Coca Cola Peninsula Beverages (CCPB) in Parow yesterday (19 Feb), asking why the company was able to use over one million litres of water every day despite severe water rationing of households in Cape Town.

Capetonians are rationed to 55 litres of water a day because of the severe drought.

“We are not here for Coca Cola’s charity,” said Shanel Johannes, from the coalition, which has over 80 member organisations. “We are not asking for discounts on their products. We are asking why they are continuing to use so much water when there is such a shortage.”

Coalition member Shaheed Mahomed added: “The only thing that Coke is doing is offering a discount on their bottled water. But bottled water is not a solution. Poor households can’t afford bottled water and they are being fitted with water meters that cut off their water.

“We have given Coca Cola until next Monday to come up with a plan of how they are going to get water to poor communities in the Northern Cape and the Eastern Cape, and Bishop Lavis, Tafelsig and Khayelitsha in Cape Town.”

CCPB’s monthly consumption equates to around 13.3 Olympic swimming pools, and Coca Cola says that it currently uses almost two litres of water to make a litre of Coke.

Meanwhile, two members of an engineering firm contracted by the City of Cape Town to audit the city’s biggest water users, said that CCPB was the eight biggest consumer of water in the city.

“They are currently using about 1.1-million litres of water a day,” said the one man, adding that his company’s task was to fit instruments to the biggest consumers’ water systems that would pinpoint leaks. 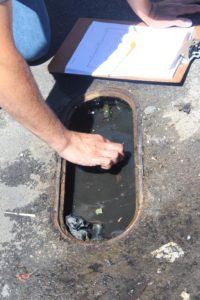 Priscilla Urquhart, Public Affairs and Communications Manager at CCPB, said that the company used “an average of around 530-million litres annually”, the equivalent of a day’s supply of water for the entire city.

“The WCC presented some interesting proposals around providing water to communities in need, around the Cape Flats and possibly the Northern Cape. We also discussed various other scenarios including CCPB’s commitment to providing water to old age homes, hospitals, schools under the guidance of the Disaster Management Team, in the eventuality of Day Zero,” added Urquhart.

The coalition and the company will meet again in a week’s time. – Health-e News.