Home » SA’s first health tax – but will it work?

Over the Easter weekend, South Africa became the first African country to impose an excise tax on sugary drinks, a move that has been welcomed by health experts but condemned as ‘nanny-ish’ by free marketeers. 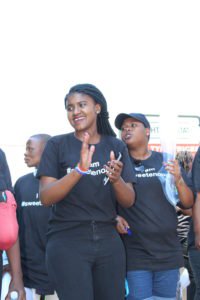 The tax on sugary drinks, which came into effect on 1 April, has been one of the most hotly debated taxes in the history of South Africa, eliciting threats and massive lobbying from beverage companies.

Renamed the Health Promotion Levy by government, this is the first tax in which government has committed some of the proceeds to health. While Treasury generally refuses to ring-fence income from taxes, for the first time it has committed to giving a portion of the income to the health department to try to stop the diseases associated with high sugar diets such as diabetes, hypertension and strokes.

“We congratulate Parliament, Treasury and the Department of Health for resisting enormous pressure from the beverage industry and introducing the country’s first health tax,” said the Healthy Living Alliance (HEALA), which campaigned for the tax over the past year.

“South Africa is the first country in Africa to tax sugary drinks and we hope the rest of the continent will follow suit, as the sugary beverage industry has identified Africa as a major new market.”

HEALA’s Tracey Malawana described the levy as “one tax that no one has to pay. It’s a win-win if we refuse to pay the tax and consume water and milk instead. Our pockets and health both benefit.”

“The tax will, of course, have some impact but not as much as we predicted because the tax rate has effectively been halved from the suggested 20 percent based on our research to 11 percent following pressure from industry,” said Professor Karen Hofman, who heads Priceless, the Wits University think-tank that first sold the idea of the tax to Treasury as one of the most cost-effective ways to address the surge of diet-related diseases such as diabetes.

The tax was also the first to be negotiated in the National Economic Development and Labour Council (Nedlac) after being referred there by Parliament, which was concerned about possible job losses. After these negotiations, Treasury reduced the tax to 2,1cents per gram of sugar, but exempted the first four grams in every 100ml to encourage beverage manufacturers to reduce the sugar content in their drinks. 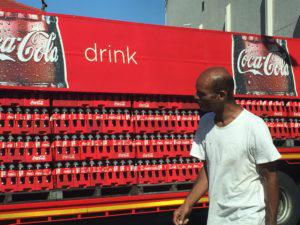 Sugary drinks are a major cause of obesity.

Last week, Coca Cola said that there would be price increases on “some of Coca-Cola’s products” but that “lower sugar (less than 4g/100ml) and zero sugar products and 100% juices” would not be affected.

“The Coca-Cola Company supports current recommendations of leading health authorities, including the World Health Organisation (WHO), that people should limit their intake of added sugar to no more than 10% of their total daily calorie/energy intake,” said Coca Cola in a statement.

It added that it remained committed to working through Nedlac “to develop an effective anti-obesity solution that will preserve jobs while still meeting the country’s health objectives”.

Over three-quarters of South Africans supported government taking measures to reduce their consumption of sugary drinks, according to research conducted last year by economic research company Genesis Analytics. However, some respondents were wary of the proceeds being swallowed up by a rapacious state.

[quote float = right]For adults, drinking just one of these beverages a day increases the likelihood of being overweight by almost 30 percent and by 50 percent for children.”

Government seems to be keen to use some of the proceeds to finance a multi-sectoral body along the lines of the SA National AIDS Council (SANAC) to address non-communicable diseases that are largely caused by poor diet, obesity and lack of exercise. But this could be an expensive talk-shop if not properly managed.

“We will be watching carefully to see how government allocates the proceeds of the tax, as it is supposed to go towards health promotion,” HEALA’s Malawana warned.

Meanwhile, the right-wing Free Market Foundation said that: “Taxing sugar and other ‘sinful products’ is a blunt instrument that, besides treating adults like children, diverts attention from government’s desire to control ordinary people’s lives and to raise revenue by any means possible.”

But Priceless’s Hofman said that the consumption of sugary drinks is a “very significant factor in driving obesity”.

“For adults, drinking just one of these beverages a day increases the likelihood of being overweight by almost 30 percent and by 50 percent for children,” said Hofman.

”Critics of the tax overlook the fact that currently we may have less of a ‘choice’ than we think. Food and beverage choices are shaped by availability, affordability and relentless marketing.  Consumers are manipulated from early childhood to make unhealthy choices,” said Hofman.

According to Priceless, the tax is “long overdue” but needs to be followed by other complementary measures such as warning labels on processed food and marketing and advertising regulations to restrict junk food being promoted to children.

Neither Treasury nor the Department of Health responded to requests for comment.