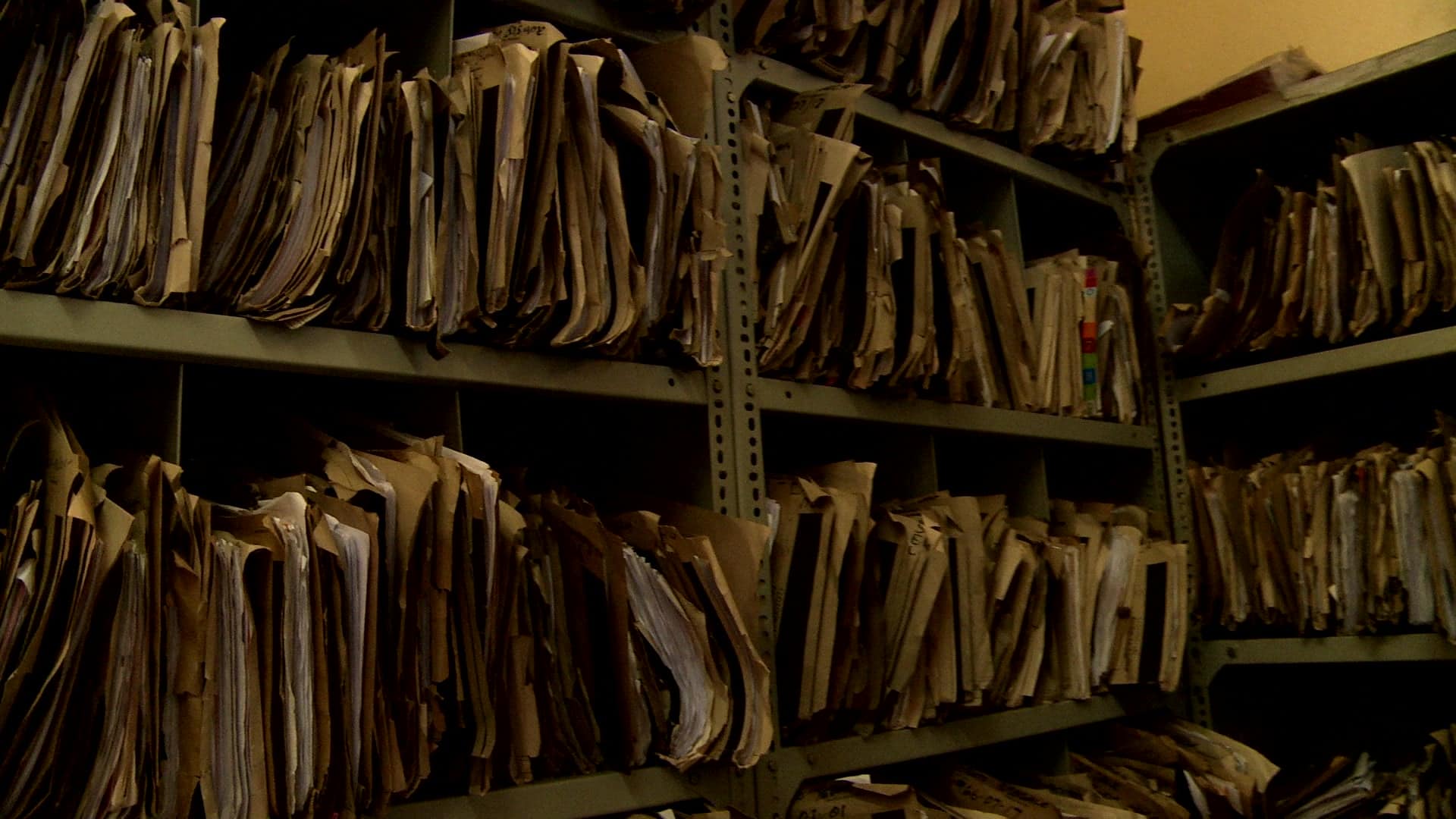 On a Monday at 7.30am the waiting area at the Potchefstroom Hospital in the North West province is packed full of patients. Every seat is taken, people stand at the door and general chit chat revolves around how many hours people expect to spend in the queue.

The long wait is the result of the hospital’s poor filing system where files get lost and nurses take time to find them. Patients are deprived of their opportunity to see doctors on time because without their files, doctors have to access to their medical history.

“It’s like this every day. You are lucky if they find your file on time,” said a granny who brought her husband for a medical check-up. She came last week, and by 11.30am she had her file. She is not sure of the same luck again. 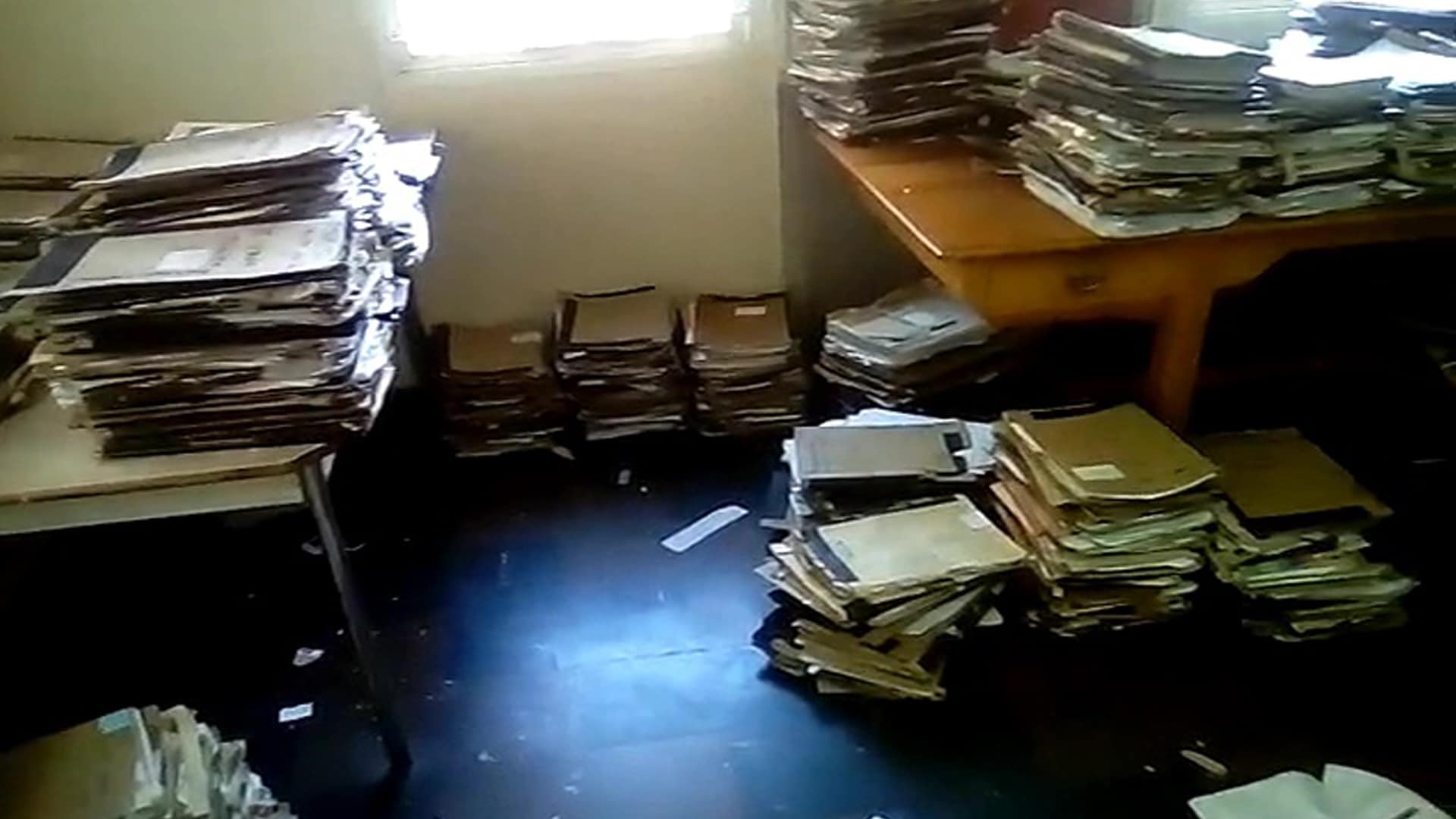 Medical negligence lawyers say that in 8 out of 10 cases hospital files go missing prejudicing their clients.

Many of the patients expect to wait until 4,30pm, the end of the operating hours, forcing them to return again in the morning. For some, this is a very difficult option.

“I can’t afford not to see the doctor today. Tomorrow I’m going to work. They only gave me today to come here,” said a frustrated young woman constantly checking her watch. For those who have not brought something to drink and eat, the wait is especially difficult and uncomfortable.

This filing disaster in the province is among the latest health scandals to have rocked the province after Mediosa Mobile clinics, a Gupta-front company that has siphoned off millions of rands for unrendered services. The problem has caused health workers to go on the rampage as they demanded better management of the health department. The outcome of investigations initiated by the Premier Supra Mahumapelo have yet to be released.

A former intern at the hospital, who asked not be named, said he witnessed this poor filing system himself while working there. He said files are not stored in proper order. They are scattered on the floor. The space where they are stored is too small to accommodate thousands of files. The filing cabinets are full of dust and too heavy to move around. When it rains, the place gets wet and sometimes patient information is washed away. Every day he witnessed the frustrations of both patients and health workers.

“Some patients would even go to the records section to look for their files themselves, even though this is not allowed. But they had no choice. Workers complained that there is too much work for them causing them huge stress. There were not enough computers, so the staff must take turns using them. They told senior managers about this and their pleas fell on deaf ears as they were fobbed off with promises that the matter would be looked into,” he explained. He had hoped he would be given a permanent position after completing his internship and planned to help alleviate the pressure on staff, but this did not happen.

Lebogang Rasego, a young mother from Ikageng, a township outside Potchefstroom recalled how her caesarean operation went wrong and none of the doctors involved were held accountable. She said her bladder was stitched to her womb, leaving her in excruciating pain. Vital information went missing from her file, weakening her case.

“Potchefstroom hospital ruined my life,” she said. Although she delivered her baby, she is not sure if she’ll ever conceive again because of the complications.

The space where they are stored is too small to accommodate thousands of files. The filing cabinets are full of dust and too heavy to move around. When it rains, the place gets wet and sometimes patient information is washed away.

Another unfortunate patient was Naeem Essop. They misdiagnosed his son with a stomach bug when it was his appendix. He found this out only after took the child to a private doctor. He couldn’t find his file to prove them wrong.

“I would have sued them for millions,” he said.

Medico-legal expert, Cindy Johnson said missing files is a problem countrywide. Out of 10 cases that they receive, eight involve missing files. “Medical negligence cases are hard to prove without files,” she said, adding that files had to be kept for six years, and in case of a minor, until the patient turned 18.

According to the hospital management, Potchefstroom Hospital is the only regional public hospital in the JB Marx Region accommodating people from Carletonville, Ventersdorp and Klerksdorp.

Chief Executive Officer of the hospital, Gloria Tlhapi, during a local radio station interview in which the service of her hospital was being discussed, admitted to the complaints and begged the community to bear with them.

Overhauling the system, she said, is a work in progress with new cabinets for files coming soon.

“We would also like to have a digital electronic system for keeping the files. That will make our job a lot easier,” she said.

Provincial health spokesperson, Tebogo Lekgethwane said North West Health Department was aware of the record keeping system at their health facilities, and this had been tabled at their budget speech. He said a resolution was taken to introduce an electronic system.

“We are studying a few models and very soon we’ll decide which one is most suitable for the province,” he said.

Mark Heywood of Section 27, the organisation advocating for the provision of basic services, said while government has the right policies it fails to implement them.